With the growing integration of renewables and a changing energy mix, the role of coal-based generation is evolving in the Indian power sector. While these plants were the main source of stable baseload power to meet the country’s electricity demand in the past, they are now expected to play a supportive role in order to balance the intermittent generation by renewable energy sources. At a recent virtual roundtable organised by Power Line, Anil Sardana, managing director (MD), Adani Power; Vinay Kumar, executive director, engineering, NTPC Limited; Sanjay Khandare, chairman and managing director (CMD), Maharashtra State Power Generation Company Limited (Mahagenco); V. Thangapandian, director, projects, Mahagenco; and Prashant Jain, MD, GE Power India, and regional general manager (RGM), GE Steam Power South Asia, discussed the changing role of coal-based power generation, the need for flexibilisation to meet the emerging grid requirements, challenges for the segment and outlook. Excerpts from the discussion…

Transition of coal-based generation from mainstream to supportive

Today, it might appear outmoded to talk about coal-based thermal power plants (TPPs) but the fact is that they cannot be written off easily, especially given that India has good availability of low-cost coal. Gradually, renewable energy is taking centre stage in terms of capacity addition; however, the cost of storage systems and other alternatives such as pumped hydro storage is still quite high.

Therefore, coal-based generation will perhaps play a surrogate role, but an important one, to make up for the troughs and crests between solar and wind generation and in a minuscule way in hydro and nuclear generation. Whenever renewable energy is not available, these TPPs will provide reliable power, particularly at night, and in the morning as well as evening peak hours. As per various simulation studies, in a conservative scenario, India will require around 210 GW of capacity for balancing purposes by 2027. The tipping point of storage batteries is expected to come after 2027, based on the current evolution of technology.

About a decade ago, coal-based TPPs operated as baseload plants with plant load factors (PLFs) reaching up to 90-100 per cent. However, due to the growing integration of renewables, their PLFs have fallen to technical minimum levels and are expected to decline further. In the coming years, only pithead stations where energy charges are less than Rs 2 per kWh are likely to be operated as baseload plants while the rest will be operated for balancing renewable energy.

“Coal-based plants are there to stay for the next 20 years. The role of coal-based power plants has changed from baseload operations to flexible operations, as a backup source offering quick ramping of operations.”

Currently, the PLF of TPPs is pretty abysmal, particularly for independent power producers (IPPs), at around 50 per cent. As policymakers and regulators impose stricter renewable purchase obligations (RPOs), power generation from and the PLF of existing coal-based plants is set to decline. For instance, as per an order of the Maharashtra Electricity Regulatory Commission (MERC), the state discom will be required to purchase 25 per cent of its total energy from renewable sources, so, naturally, this will reduce the power generation from thermal units in the state.

Gencos will, thus, need to carry out necessary modifications to operate at PLFs below 40 per cent, otherwise discoms will back down power from such plants. Since TPPs will be used as balancing resources, gencos will have to invest heavily in flexibilisation. However, the cost of flexibilisation would vary from unit to unit and depend on several factors such as the number of shifts of operation and the need for technical resonance.

Generation utilities are already undertaking initiatives to incorporate flexibilisation. For instance, NTPC, the country’s largest generator, is taking several steps to ensure flexibilisation of its TPP fleet. It has successfully conducted proof of concept in one of its units for increasing the ramp rate at part-load operations.

“These are challenging times for coal-based power plants as they have to invest not only towards achieving flexibility but also for meeting environmental norms in a costeffective manner.”

Gencos can look into various solutions to help manage the changing dynamics. To begin with, TPPs were originally designed to operate at baseload, therefore, loading below the technical minimum causes huge fatigue on rotating parts and affects the metallurgy of the equipment as well as the maintenance of equipment. Several solutions can be implemented to make coal-based plants flexible and sustainable in such a dynamic regime. Although efficiency is slightly lower with these solutions, the shutdown and start-up costs can be avoided.

Also, advanced technology solutions can be deployed for boiler and combustion optimisation to get more from the same assets. With regard to the ramp rate, it is currently in the range of 1-2 MW per minute; however, it can be improved by 35-40 per cent. By increasing the ramp rate of plants, additional power can be fed into the grid at a much faster rate. Besides this, there are technology solutions for boiler fatigue management, which help in maintaining efficient and safe power plant operations.

Another important aspect will be digitalisation. In terms of operating strategy, developers need to decide which units to operate and which ones to ramp down/ up. Asset management digital solutions will be key in managing the assets optimally. Various complex decisions can be taken based on data generated from a plant’s operational parameters as well as daily demand patterns.

“We do not have significant alternative sources of energy at present to support renewables. Coal will continue to play an important role, even though not a dominant one.”

There is pressure on TPPs to reduce the adverse impact on the environment and meet emission norms. Coal-based power plants are in the process of installing flue gas desulphurisation (FGD) systems, which are capital intensive. Moreover, with the Covid-19 crisis and curbs on equipment import (from “prior reference” countries), equipment costs are expected to increase by 10-15 per cent. The existing supply chain is also stressed and this would impact equipment costs as well as delay the implementation plans of developers for complying with the norms.

NTPC is retrofitting its old plants with FGDs, undertaking modification of electrostatic precipitators (ESPs) as well as installing combustion optimisation systems. Certain plants and units where heat rate is substantially high are also being considered for decommissioning, or being replaced with new plants.

“Coal will continue to be a balancing source and a significant one, and perhaps an affordable source for people who have not seen electricity up until now.”

The challenge for coal-based plants will thus be to find a financing mechanism to pay for investments towards making plants more flexible, safe and reliable going forward. The pass-through of cost to end consumers is not a proper mechanism because eventually customers get burdened. There is a need to find ways to keep the tariff for end customers reasonable. One of the solutions towards meeting the investment requirements is the huge amount of coal cess, which is being collected to be given back to developers to install emission control equipment.

“Pithead power stations where energy charges are still less than Rs 2 per unit will continue to operate as baseload, while all other coal-based plants are expected to operate for balancing.”

The second solution pertains to the subsidy that state governments extend to a class of customers. Through a direct subsidy mechanism (as has been implemented under the Ujjwala scheme), a sufficient pool of resources could be created for discoms to pay for the additional costs incurred by developers for installing emission technology. If it is clear that TPPs will be used for meeting peaking power requirements, specific solutions and capital-intensive programmes need to be devised for compensating thermal units appropriately for providing peaking power support. 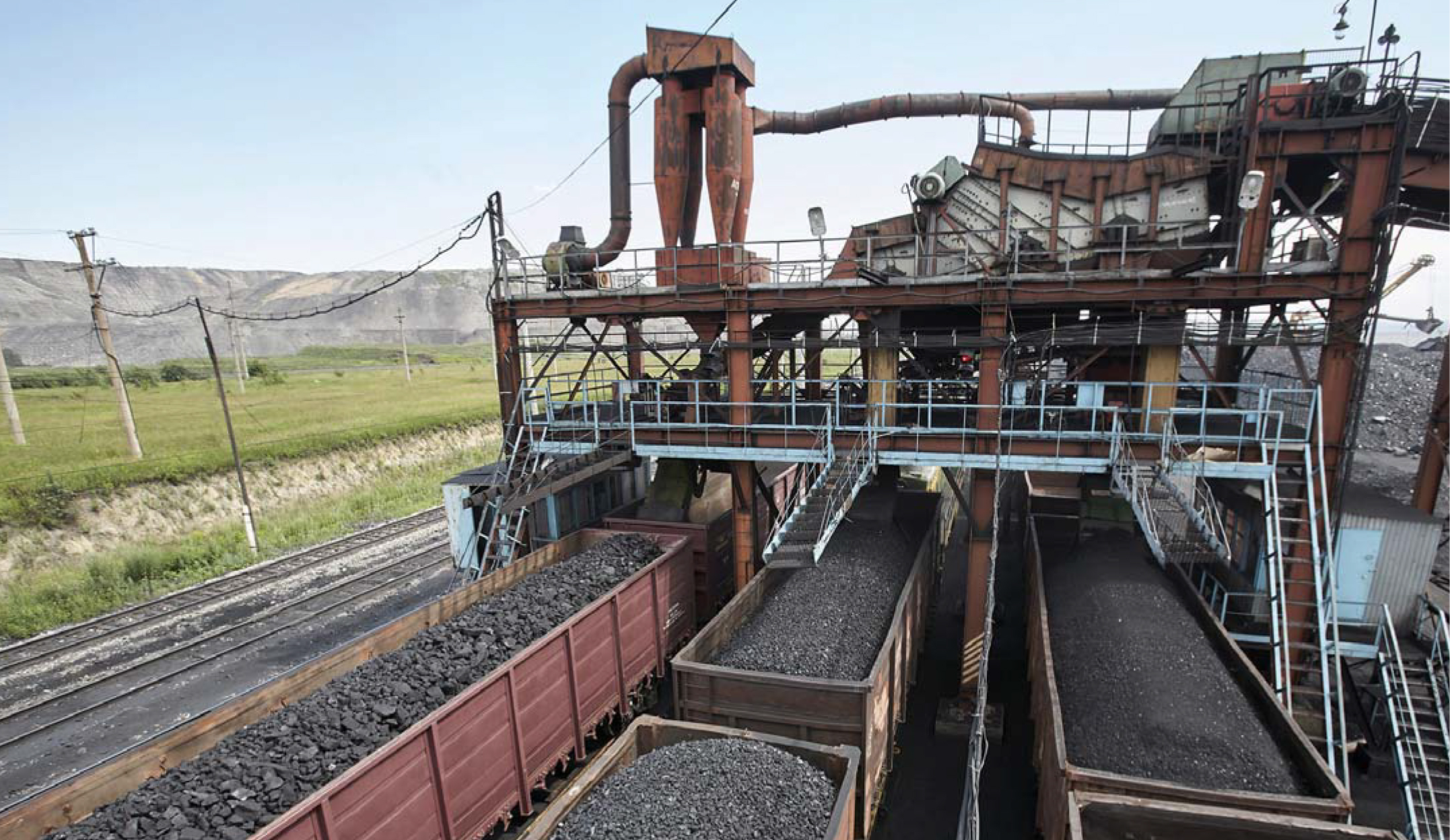 At present, experiments are afoot for the use of alternative fuels such as hydrogen and turning carbon dioxide into hydrocarbon fuels. Whether these technologies will become competitive is hard to guess for countries across the globe. However, the common consensus is that coal will play a balancing role and for that to be effective, flexibility in operations is essential. Even today, around 39 per cent of households in the country do not have reliable grid-generated power and around 92 per cent of these households still consume less than 30 units of power the month. Local solutions such as microgrids and minigrids based on solar, hydro, etc., can be facilitated, but there has not been much development on this front in the past decade.

Coal is likely to be the only affordable solution for providing 24×7 power supply. Therefore, coal will continue to be the balancing source and a significant one, perhaps an affordable source for people who have not seen electricity up until now.