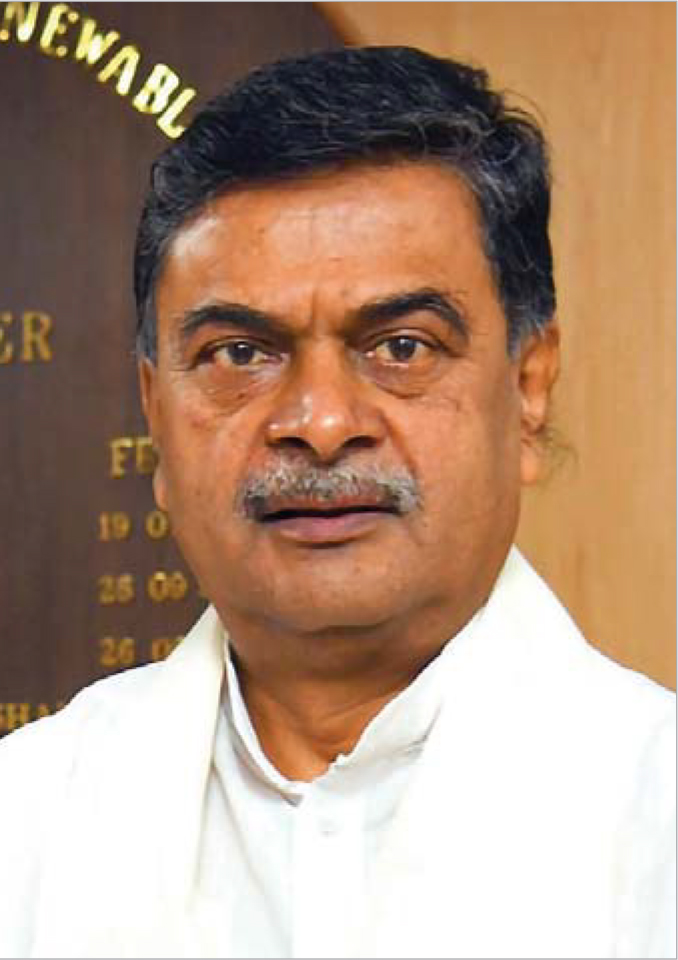 Despite significant investments in infrastructure and various attempts by the government at reforms, discoms continue to face financial stress. The gap between the average cost of supply and the average revenue realised was around 72 paise per unit in 2018-19 and aggregate technical and commercial losses stand at about 22 per cent. The government is currently working on a new discom revival scheme, which will not only specify a trajectory for loss reduction for discoms but will also be linked to reforms. At the recent state power ministers’ conference held virtually, R.K. Singh, union minister for power, new and renewable energy, spoke about the sector’s achievements, the state of the power distribution segment, the recently announced liquidity package, new reforms in the pipeline, the proposed amendments to the Electricity Act, 2003, and the outlook for the sector. Excerpts…

The power sector is a key sector of the economy, but it also has certain vulnerabilities. We have been able to achieve many goalposts, but certain challenges still remain. We have added capacity at a pace of almost 15,000 MW annually. The power sector  has seen a quantum jump in access to electricity, from a very high energy-deficit scenario to an energy-surplus condition, 100 per cent village electrification and nearly 100 per cent electricity access to households. The International Energy Agency has lauded these efforts and has stated that no other country in the world has so many people (27 million) being given access to electricity in just 18 months.

The transmission system has been strengthened and the nation is now connected through one grid in which electricity can be transmitted from one region to another without any congestion. Our interregional transfer capacity has increased from 22,000 MW to almost 100,000 MW now. We have connected remote parts in Leh and Ladakh with the national grid. We are also exporting power to Myanmar, Nepal and Bangladesh. Our grid management systems are one of the better systems in the world. This was demonstrated best by the “9 pm, 9 minutes” event, when the grid was able to manage a huge quantum of load deviation.

Under the Deendayal Upadhyaya Gram Jyoti Yojana (DDUGJY) and the Integrated Power Development Scheme (IPDS) for distribution system strengthening, we have disbursed close to Rs 1,500 billion to state governments for the replacement of conductors, construction of new substations, transformers, etc. This has resulted in a huge improvement in the physical distribution infrastructure for discoms. There was a time when discoms did not have the money to even change transformers.

However, discom health remains the biggest challenge. If we do not make our distribution system viable, we cannot make the power sector viable. As on March 31, 2020, discoms owed Rs 2,250 billion to gencos and transcos. This has a cascading effect on the finances of the power sector. It also impairs the ability of discoms to supply 24×7 quality supply. These inefficiencies get passed on to consumers in the form of higher tariffs.

Under the liquidity infusion scheme, states have requested for a hike in the liquidity package and extension of the time period for payment of outstanding dues by a few more months due to the impact of the Covid-19-induced lockdown. Hence, the timeline for outstanding dues would be extended till May 2020 as against March 2020 under the liquidity package. States have asked for Rs 930 billion worth of loans under the package and Rs 200 billion has been sanctioned so far.

The Ministry of Power is currently in the process of formulating a reforms linked result-based scheme for distribution by merging the ongoing schemes, – the IPDS, DDUGJY and the Ujwal Discom Assurance Yojana (UDAY). The release of funds under the new scheme will be conditional on reforms, and funds under the scheme would not be released as loans or grants to those discoms that do not adhere to the loss reduction trajectory. Another key feature of the scheme is that states will be given the flexibility to decide which areas they would like to invest their funds in.

The Draft Electricity (Amendment) Bill, 2020 has also been proposed keeping in mind the best interests of the public at large. The bill attempts to address the issues of solvency of the power sector. Maintaining the sanctity of contracts, strengthening the Appellate Tribunal and promoting the growth of renewable power and hydropower are some of the other major objectives that the bill seeks to achieve. The bill will be finalised after consultations with all concerned stakeholders. In view of the comments received, some proposals with regard to a single selection committee for the electricity regulatory commissions and the  direct benefit transfer (DBT) scheme are proposed to be modified.

The idea behind having one standing selection committee for the state electricity regulatory commissions (SERCs) and the Central Electricity Regulatory Commission was to obviate the need to constitute committees again and again, and also to bring uniformity in the selection criteria and standards. However, there are some states that are not comfortable with the proposal. They have urged that the existing provision relating to state-wise selection of committees for SERCs may be continued. Hence, in view of the comments received from the state governments, we are considering continuation of the state-level selection committee for SERCs with the chief justice of the respective high courts as the chairperson. 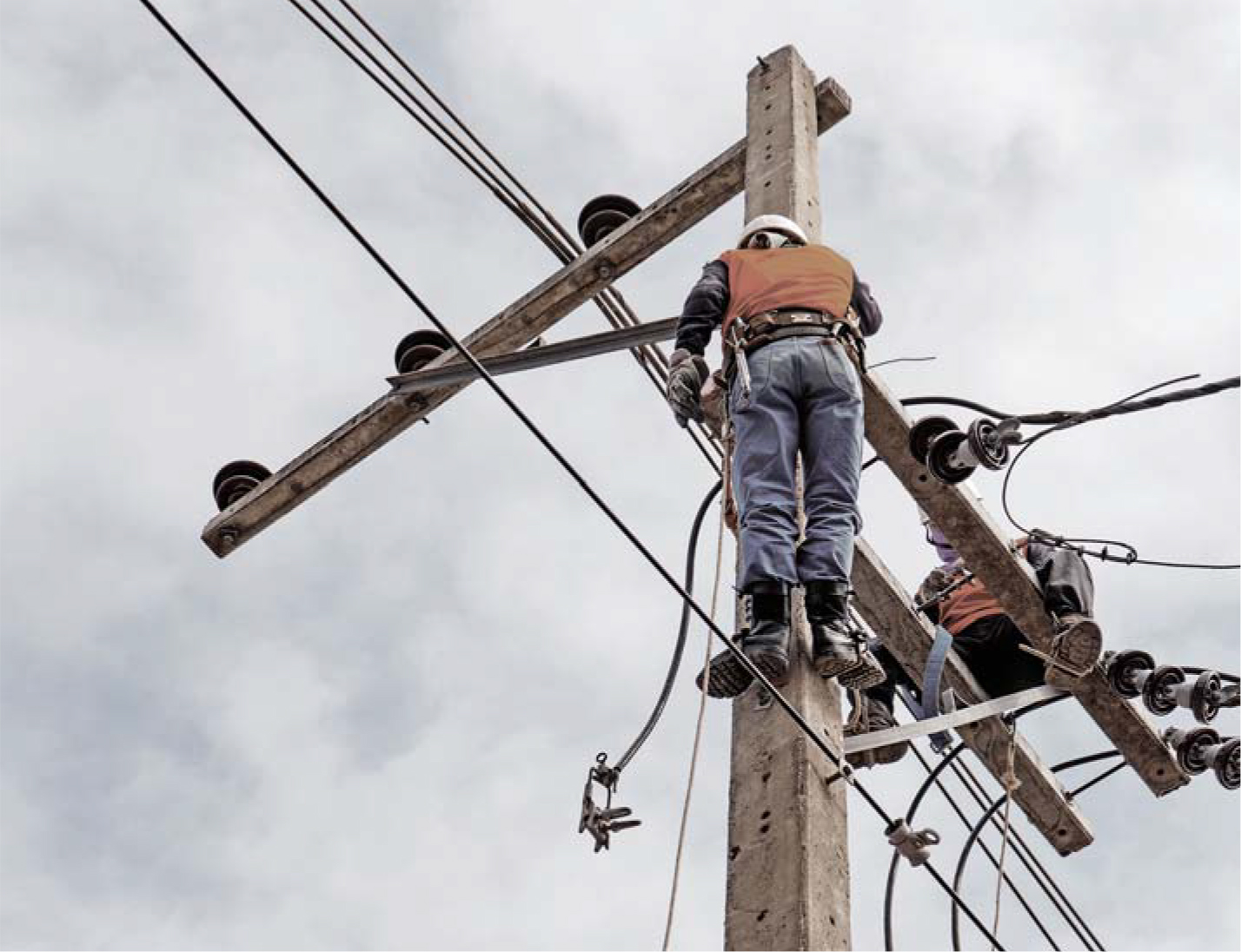 Also, with regard to the disbursement of subsidies, the Electricity Act, 2003 specified that subsidies have to be disbursed in advance. However, this is not being followed by the states. Many state governments do not release timely subsidies to the discoms. Subsidies need to be given to the beneficiary’s account with the discom directly. DBT in electricity will improve energy accounting and ensure that discoms get paid for the electricity supplied to consumers, while allowing the state governments to give any quantum of subsidy they want, to whichever section they like.

Almost Rs 710 billion worth of power equipment was imported in 2018-19 in the conventional energy space. Chinese equipment accounted for nearly a third or around Rs 200 billion. It is a pity that we are importing equipment such as conductors, towers and meter parts. This is something that we cannot tolerate. India will not give permission for the import of power equipment from prior reference countries. Prior permission for import of power-related equipment has been made mandatory and anti-dumping duty has been imposed on solar panels. Also, testing of the imported equipment would be necessary to check the presence of malware, to avoid the possibility of cyberattacks and prevent power system shutdowns. We are also planning to take further steps to enhance the competitiveness of the domestic industry in the renewable energy manufacturing sector. These include an increase in customs duty to 25 per cent from next year. We urge the states to stop imports and buy goods that are manufactured domestically and promote the cause of Atmanirbhar Bharat.