Thermal power plants (TPPs) are among the largest industrial consumers of water. Among TPPs, coal-based power plants are the biggest consumers. As of August 2020, India has about 269 TPPs. According to a study by The Energy and Resources Institute, these TPPs are responsible for 87.8 per cent of the total water consumption by the industrial sector. Given that the country is already on the path to extreme water scarcity, it is crucial that the use of water by power plants is efficient.

Moreover, water and energy are dependent on each other, so excess consumption of water leads to excess auxiliary power consumption, which, in turn, reduces the efficiency of the power system. As per industry estimates, 40 per cent of TPPs in India are located in high-water-stress areas. Scarcity of water in these regions has hampered the productivity of plants. So, efficient and optimal use of water is beneficial not only for the environment but also for TPPs.

Controlling water use in TPPs

According to a NITI Aayog study, a coal-based power plant, on an average, requires 5-7 cubic metres (m3) of water per MWh. Power plants require water for various uses such as cooling, disposal of fly ash, for the condensers and the demineralisation plants. Thermal power production in the country is consuming at least 16.8 million m3 of water per day at 80 per cent load factor, which is equivalent to the per capita water requirement of about 20 per cent of the country’s population. However, water consumption by TPPs can be optimised by following certain measures. Although power generation using coal is a water-intensive process, conducting water audits can ensure efficient usage. The water used in various processes can be treated and recycled.

Implementation of zero liquid discharge (ZLD) system can ensure that the discharged water is recycled back to the plant. In this system, all generated wastewater is either retained on the site or reduced to solids for disposal off-site. This system is in use in some plants such as the Budge Budge power plant in West Bengal and the JSWEL torangallu power Plant in Karnataka.

The consent to operate (CTO) document issued by the state pollution control boards has set the limit for water extraction. The water limit is granted under three broad categories – cooling, process and domestic. Of these, cooling requires the maximum amount of water consumption. The once-through cooling system used in TPPs is very inefficient since it does not recycle the cooling water. This results in high volumes of water drawal. It also harms the aquatic ecosystem. This system could be replaced by a closed cooling system, where the cooling water is recycled between a cooling tower and a heat exchanger, minimising the amount of water that is drawn from a river.

Another method that can be adopted is dry cooling, which is more water efficient, both from a capital cost and an operational cost perspective. It requires little to no water (as it relies on air as a medium of transfer) and is even better from a cost point of view, as it needs less maintenance than cooling towers that require water.

Water drawal is the highest for once-through systems. Moreover, although this system returns more water to the water basin than a closed-cycle system (for which water consumption is the highest), the withdrawal process is especially harmful to the river ecosystem, making the once-through cooling system even more undesirable. So, closed-cycle or dry cooling systems are preferable. Also, operating the cooling towers at a higher cycle of concentration would reduce the generation of wastewater by a plant. This generated wastewater can be further used for low-grade applications such as ash handling, coal dust suppression, and gardening.

Further, according to an assessment by NITI Aayog, power plants use around 40 per cent of fresh water in their ash handling systems. The two types of ash generated in power plants are fly ash and bottom ash. For ash handling, ash is mixed with water to form an ash-water slurry, which is pumped into the ash pond. The usual ash-to-water ratio is 1:5 for fly ash and 1:8 for bottom ash.

The most basic approach for reducing the water footprint in ash disposal is minimising the production of ash (by using efficient technologies or better qualities of coal). The other approach is to recover this ash water. Water from the ash pond can be recycled and used in cooling towers. Additionally, the overflow of the water from the pond can be directed to the wastewater treatment plant or reused for coal heap wetting, road wetting and other processes.

The various systems used to reduce water consumption in ash handling include the ash water recirculation system (which requires water recovery from the ash pond for reuse in the system), the dry fly ash handling system, and the high concentration slurry disposal system.

The domestic requirement of water in TPPs is unavoidable. However, the sewage they produce could be treated in sewage treatment plants and reused for other needs. 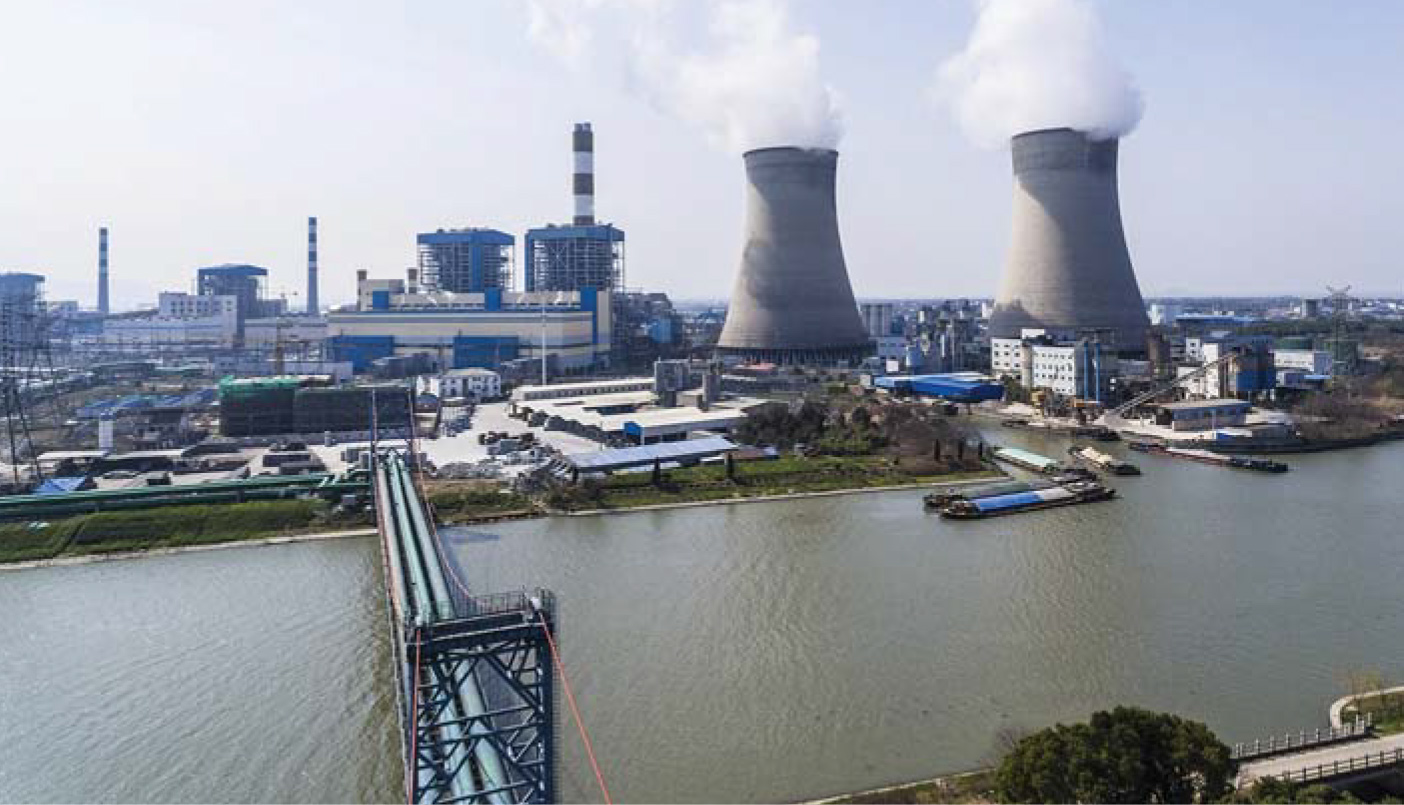 The Ministry of Environment, Forest and Climate Change (MoEFCC) issued a set of norms on December 7, 2015. This set of norms brought about three essential changes through new regulations:

In October 2017, these norms were eased for all operating power plants, and they are now allowed to utilise up to 20 per cent more water than that permitted earlier. Further, the Tariff Policy of 2016 mandates that treated water from sewage treatment plants of local bodies and municipalities should be used directly by TPPs located within a 50 km radius.

In view of setting up power plants in water-scarce regions, the state and central agencies that are responsible for water allocation from rivers/reservoirs ensure water availability before granting environmental clearance to a power plant. TPPs are required to meet the water consumption norms prescribed by the MoEFCC.

In a business-as-usual scenario, power generation is expected to account for nearly 9 per cent of national water consumption by 2050, up from 1.4 per cent in 2025. A World Resources Institute report claims that by 2030, more than 70 per cent of TPPs in India are likely to experience an increased level of water competition from agricultural, urban or other industrial sectors. The 2018 Composite Water Management Index estimates that water demand will exceed water supply by 2030.

In view of this impending water crisis, the need to regulate water use is crucial. Continuous policy and regulatory support, along with technology deployment, can divert water usage to a more efficient direction. The government has issued mandates and policy requirements for effective implementation of techniques for reducing water consumption. However, the process is not simple. Cost-benefit analyses, technical limitations and implementation times are some of the many aspects that need to be looked into before policy or technological changes can be implemented.