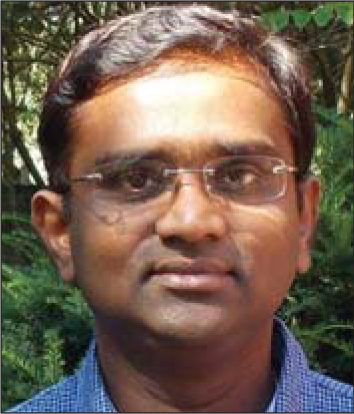 Kiran Gopal Vaska is a 2008 batch IAS officer under the Madhya Pradesh government. He is currently managing director (MD) of Madhya Pradesh Poorv Kshetra Vidyut Vitaran Company Limited (MPPoKVVCL), a position he assumed in 2019. He is responsible for giving strategic guidance and direction to the board as well as directing and controlling the company’s business operations.

Gopal has held several administrative posts during his career. He has worked in diverse areas, ranging from poverty alleviation to industrial development. He has overseen the implementation of several rural development schemes as well as women and child development schemes. He has also worked on industrial policy formulation and investment promotion. As a district magistrate in Balaghat, Madhya Pradesh, he led more than 50 departments in the implementation of development programmes for rural development, health, education, and agriculture. He also helped organise the Baiga Olympics, an annual event in which the vulnerable Baiga tribals from eastern Madhya Pradesh participate and demonstrate their traditional sporting activities. The event is intended to instil a sense of pride among the Baigas.

In 2017, Gopal was appointed mission director for the National Health Mission and led Madhya Pradesh in implementing initiatives to reduce  the infant mortality rate, the maternal mortality ratio, and morbidity and mortality from diseases. He also helped coordinate with international agencies like UNICEF, WHO and the World Bank, as well as non-governmental agencies such as the Clinton Health Access Initiative, Tata Trusts, etc.

Gopal commends MPPoKVVCL’s efforts and resilience when faced with the Covid-19 pandemic. “Electricity demand had come down significantly during the lockdown period and there was a major impact on billing. At the same time, due to deferred charges, relief was given to the economically weaker sections, which resulted in revenue losses for the company,” he says. However, the losses are expected to be recouped soon, and demand has already returned to pre-Covid levels for all segments, he notes.  Demand growth is expected to be robust going ahead, he believes.

Gopal is a graduate in computer science from IIT Bombay and a postgraduate in public administration and economics from the Harvard Kennedy School. He is a recipient of the Joint Japan-World Bank Graduate Scholarship.