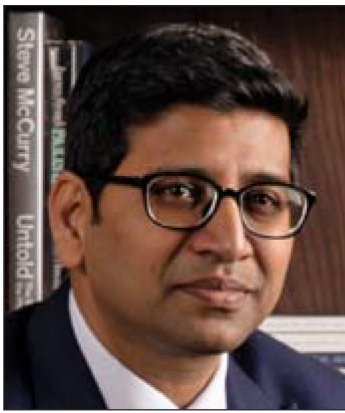 As chief operating officer of O2 Power, Peeyush Mohit wears multiple hats since it is still very early days for the company. O2, funded by global investors EQT and Temasek, was incorporated in November 2019 and Mohit has been involved in building the organisation bottom up. He is responsible for the due diligence of organic and inorganic opportunities, developing market strategy with investors, and building the team and systems.

An electrical and electronics engineer from BITS, Pilani, Mohit completed his MBA in finance and strategy from IIM Lucknow. “At the time I was completing my education, the government introduced the landmark Electricity Act, 2003, bringing sweeping reforms to the power sector,” reflects Mohit. He joined PwC as a consultant and had the opportunity to witness the reform process. In 2009, following the announcement of the National Solar Mission (NSM), he shifted from consulting to focus more on solar and wind power.

One of the most interesting periods of his career was when the NSM was taking root. There was a mixed feeling of enthusiasm and caution with solar tariffs falling. He was working with KPMG at the time and was involved in bringing out a report, “The Rising Sun”, which envisaged solar power attaining grid parity by 2018-19. “The report required a lot of hard work, but it was received well by the industry and became a part of the curriculum of some academic institutes,” he says.

On the challenges due to the Covid-19 outbreak, Mohit says, “The government’s Aatmanirbhar Bharat Abhiyaan in response to the pandemic is a welcome campaign for building self-reliance. However, the challenge is to ensure that the imposition of duties does not create confusion or disruption for solar power producers.” There should be clarity on the quantum of duties and on aspects such as ALMM. Also, developers need to find ways to insulate themselves from the currency volatility in the wake of the pandemic. In this regard, the recent revisions in RBI guidelines on hedging of foreign exchange risk should provide flexibility.

Mohit’s management style is built around transparency and trust. He believes trust is a “two-way street” between the organisation and employees. Developing mechanisms to build transparency leads to better accountability. His vision is to make O2 a premier renewable energy platform for mitigating the carbon challenge. Mohit likes to spend his free time with his children and amidst nature. He wishes to travel to every continent.