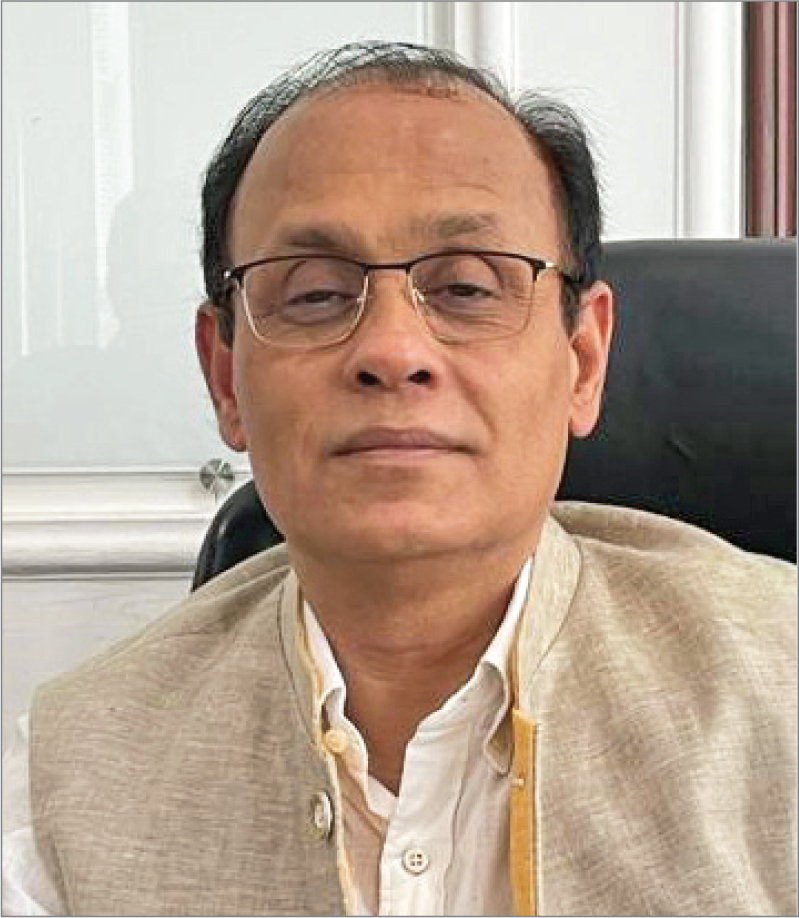 Back in 1997,  Essar Power commissioned India’s first independent power plant, with a capacity of 515 MW, based on combined cycle technology, at Hazira for supplying power to Gujarat State Transmission Utility and Essar Steel Limited . Since then, the company’s power portfolio has grown to more than 3.6 GW, comprising both independent power plants and captive power plants. The company has been undertaking deleveraging efforts through debt restructuring in its independent power plants, which were affected by the cancellation of coal mines and the unviable pricing of imported thermal coal. The company is also planning to foray into the renewable energy sector, with a focus on solar photovoltaic (PV), Green Hydrogen, Integrated water and power projects, and wind energy. At  Power Line’s recent virtual conference on “Gas based Power Generation in India”, Kush Singh, Chief Executive Officer, Essar Power, shared his views on the gas-based power segment, Essar’s journey in the sector and future plans, recommendations for reviving the segment, and the sector outlook. Excerpts…

What are your views on the current state of the gas-based power segment?

The country currently has around 25,000 MW of gas-based installed capacity, for which the average plant load factor (PLF) for the period April-October 2020 has been around 26 per cent. The non-availability of natural gas at a competitive price  has been a major reason for the low offtake of power from discoms. Back in 2011-12, spot prices had increased and the supply of gas from Reliance Industries’ KG D6 basin to gas-based power plants was curtailed due to a fall in gas output from the basin. During that time, there was a boom in the supply of cheap power from new thermal power plants coming up with imported coal/domestic coal, and it  led to the downfall of  the gas-based power sector. Plants belonging to the private sector have been the worst affected due to low revenues and high financing costs, which have left many assets stressed. Although international gas prices did drop during the Covid period, they have picked up now and are very high currently. It is becoming very difficult for IPPs to generate power with such expensive gas. The volatility in the market is also deterring players from entering into long-term commitments.

What has been Essar Power’s experience in the power sector? What are your plans for the gas-based power segment?

Overall, in our power business, we planned to have approximately 8,800 MW-9,000 MW of power plants in our portfolio. However, due to cancellation of coal mines, coal assets becoming NPA, debt building up exorbitantly, the company had to let go the stressed assets thereby deleveraging of debt. We are 85-90 per cent deleveraged today. Our balance sheets today are very light. We are now foraying into renewable power business. If gas pri ces do stabilise and become affordable, we would be keen to re-enter the gas based power business and set up new plants.

How has Essar Power’s project portfolio in the power sector grown over the years?

We set up the 515 MW combined cycle power plant at Hazira way back in October 1997. In the initial years, the plant was operated using naphtha as fuel, and then we shifted to regasified liquefied natural gas in 2004-05. The plant used cutting-edge technology and we operated it at a very low manpower to megawatt ratio of approximately 0.15. We maintained consistent availability of over 95 per cent, and a very low auxiliary power consumption of less than 2 per cent, while the PLF was mostly greater than 60 per cent on average. We were supplying power to the Gujarat grid, partially, and to Essar Steel. The maintenance and overhauling was also done completely in-house, given our significant expertise. However, the plant was last operational in 2013, and since then it has been under preservation. The power plant won us several awards and accolades for its performance. In 2006, we set up another 500 MW Bhander combined cycle power plant also in Hazira, Gujarat. We also set up a 1 MW solar PV power plant as a green energy token.

We had also set up three captive power plants, of 1010 MW capacity for our oil refinery business, a 270 MW waste-to-energy plant for one of our steel plants in Hazira and 60 MW for our pelletisation plant in Odisha. The 270 MW plant is still in operation and has recorded one of the highest efficiencies. However, the other two plants were  sold to the respective offtaker. Also, our 500 MW gas-based plant at Hazira was later sold off, along with the steel plant, to Arcelor Mittal and Nippon Steel after the National Company Law Tribunal (“NCLT”) process.

Post the enactment of the Electricity Act, 2003, which opened the doors for private players to get into commercial power generation, we set up a capacity of around 3,600 MW and ordered equipment for almost 10,000 MW of capacity from Harbin Power, China.

Currently, we are operating the 1200 MW (2×600 MW) thermal power plant operating at Salaya, Gujarat and have a long-term PPA with Gujarat Urja Vidyut Nigam Ltd (“GUVNL”) for almost the entire capacity of the plant. We are in the process to revise this PPA to make it coal cost pass through which is in advanced stage of discussions with GUVNL and the Government of Gujarat.

However, two of our coal-based plants at Jharkhand and Odisha, which together would have had a cumulative capacity of around 3,000 MW, had to be abandoned during the construction phase itself. The coal mines associated with these plants were cancelled, and there were funding issues on the part of the lenders. Since 80 per cent of the equipment had already been procured for these projects, a lot of money was lost by the group. These projects ultimately went into liquidation and today are under different resolution professionals.

Even for our 1,200 MW Mahan power plant in Madhya Pradesh, the coal mine got cancelled, as a result of which we had to make contingency arrangements for arranging the fuel to the order of 14,000- 16,000 tonnes per day from various mines of Northern Coalfields Limited spread across an average distance of 60-100 km through the e-auction process. We could not get the plant to rise to a level where we could lift it out of its non-performing asset status. Subsequently, this plant, too, went under the NCLT. One would see this as a dark phase, but as I told you earlier, by virtue of this, we deleveraged a lot of debt.

What are your plans for the renewable energy segment?

We are now foraying into the renewable energy sector. Currently, we are setting up a 90 MWp solar PV plant in Dhatia district, near Gwalior, Madhya Pradesh, where we have our own land of about 105 hectares. We are also participating in bids invited by various discoms with higher credit ratings and the Solar Energy Corporation of India.

We are also planning to foray into battery manufacturing. For that, we are tying up with different technology providers. A few investors from across the globe have expressed interest in joining hands with us, especially owing to the fact that they see us as a conglomerate that has done both backward and forward integration of the whole power business – as well as any business that we have been in so far. Further, we have land in the vicinity of all our ports, which we can utilise for setting up battery manufacturing plants and even exporting batteries worldwide.

In the wind segment, we are looking at potential sites in Karnataka where we can set up hybrid power plants (solar and wind combined). We are in discussion with land providers for specially choosing sites that are near substations or from where power can be distributed easily in view of huge transmission costs involved in case of substations located far off.

We have also been in discussion with major seawater reverse osmosis (SWRO) players from Spain, Israel, US and France. We want to enter this field especially in the Middle East and North Africa region, which faces a huge scarcity of water. SWRO plants are basically set up as integrated water power projects, wherein the power plant would constitute 30-35 per cent of the whole setup. Having been a major player in the power sector and having our own desalination plant in the oil refinery, we have decent exposure to the technology.

What are the group’s plans for green hydrogen?

Our promoters are investing in a hydrogen venture in Europe, called HyNet. Essar operates one of the leading downstream energy businesses in the UK, and Progressive Energy, developers of HyNet North West, the UK’s leading industrial decarbonisation cluster, have come together to set up a venture to produce low carbon hydrogen at Essar’s Stanlow refinery in Ellesmere port, Cheshire. The joint venture will manufacture hydrogen at the refinery for use across the HyNet region.

Green hydrogen could be used in reducing the carbon imprint in the gas cycle, or it can be used independently. We are even talking to General Electric to modify the gas turbine design so as to burn hydrogen in isolation, though this is still at a nascent design stage. It will be a major technical breakthrough. Also, where renewable is today is where hydrogen will be 10 years later.

What are your recommendations for reviving the gas-based power segment?

Long-term affordable gas prices will be key for reviving the gas-based power sector. Gas-based combined cycle plants, in tandem with solar PV plants, can provide an ideal combination for clean power round the clock, which will also be carbon-free as against a coal-based plant. Batteries are expensive backups for stand-alone solar power, and hence the eventual cost of power for the offtaker is a major question. The government should, therefore, think of providing affordable natural gas to combined cycle gas plants.