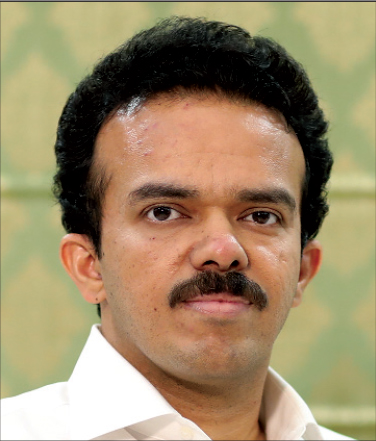 A 2004 batch IAS officer of the Bihar cadre, R. Lakshmanan is currently chief executive officer of REC Power Distribution Company Limited (RECPDCL), a role he took over in January this year. He is also executive director at REC Limited, and looks after stressed asset management, IT, estate coordination and monitoring of government programmes such as DDUGJY, Saubhagya, UDAY and Power for All. Prior to joining REC, he served with the Bihar government for 14 years in key positions, including managing director (MD) of the discom, transco and genco; district magistrate; and additional chief electoral officer.

Energy sufficiency and universal energy access are some of the key achievements of the power sector, he notes. All villages have been electrified and 36.4 million households have been connected to the grid. However, poor discom health, high AT&C losses, delays in government subsidy, lack of digitalisation, etc. have posed key challenges in meeting the 24×7 power supply goals.

He proudly shares that REC, along with RECPDCL, has been the flag bearer of the Suabhagya and DDUGJY programmes, which have helped achieve universal access. “We are now exploring avenues for diversification into areas like distribution, AMI and energy accounting, portfolio management and renewable energy. We are also looking to strengthen our position in transmission and enter the generation business by acquiring stressed assets at attractive valuations,” he says. The company is also promoting an in-house developed energy accounting model, SARTHI 2.0, among discoms. Also, with the company’s recent merger with REC Transmission Projects Company Limited, it will have better bandwidth to take up works across the sector, he adds.

Lakshmanan’s most memorable assignment was achievement of 100 per cent village electrification by the south Bihar discom when he was its MD. In recognition, the discom received the prime minister’s award for excellence in public administration in 2017. It also developed a billing software, which won the National EGovernance Gold Award in 2018. “The most satisfying part of this journey was the reduction in AT&C losses, from 46 per cent in 2015-16 to 31 per cent in 2018-19,” he shares.

Lakshmanan is a commerce graduate from Annamalai University and a fellow member of the Institute of Chartered Accountants of India. His personal goals include writing on the power sector and deepening his practice of yoga.