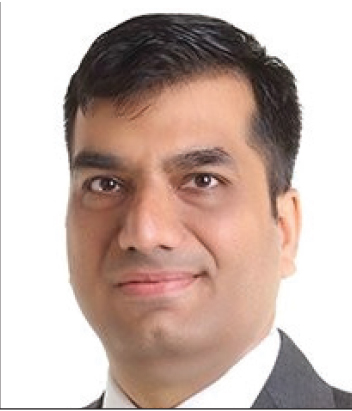 Armed with an MBA, Irfan Choudhary started his career with the Power Finance Corporation where, over the next six years, he performed detailed project due diligence for all types of power generation projects from a lender’s perspective. This was followed by a stint at CRISIL, where he managed the credit rating for India’s largest power companies. He then moved into the energy consulting space, joining global research and consulting firm Wood Mackenzie in its power and gas consulting team. He worked first in its London office and later in Singapore. His consulting experience continued with a move to boutique LNG consulting firm Galway Group, where he managed its Asia-Pacific consulting practice. In 2017, he joined the entrepreneurial bandwagon by co-founding Genesis Ray Energy with some of his former colleagues, the primary objective being to develop data analytical tools for better decision-making in the renewables’ space.

As co-founder and CEO of Genesis Ray Energy, Choudhary is involved in the overall management of the company with a special focus on the product development cycle, from concept to delivery.

During his 23-year career spread across the breadth of the energy industry, he has worked on many exciting assignments that included advising some of the biggest global corporations on multi-billion dollar investment decisions. However, for him, nothing compares to the excitement of co-founding Genesis Ray Energy, engendering something that had only been a concept in his mind. “Building a team and products from scratch has been a super exciting process for me,” he says.

Choudhary believes that everyone has the potential to do more. He tries to apply this philosophy across the teams he manages by first presenting the problem at hand and then giving flexibility to people to propose solutions. That way, there is greater ownership for the work done. Going forward, he says he would like to work for positive change in society and the industry he is a part of. Genesis Ray is a medium through which he would like to achieve this, by bringing in better quality data for optimal decision-making, thus helping the renewables industry grow and prosper.

Travelling is his biggest passion and he loves exploring new places that are not typically on people’s radar. However, the pandemic has restricted movement and he is now making do with exploring little known nooks and crannies in Singapore.