Indian coal has high ash content, in the range of 30-45 per cent. Therefore, a lot of ash is generated by thermal power plants (TPPs) using domestic coal. Water is utilised for transferring the ash produced by combustion within the boiler section. This water is thereby mixed with ash to form a slurry mixture that is transported to ash ponds through pipes. The ash settles down in the ash pond and in this way it is removed from the system.

Cooling tower blow down water is used mainly for ash handling and the remaining water requirement is met by fresh water. A huge amount of water is required in coal processing and handling, for cooling purposes and ash handling in TPPs, making them water guzzlers. As per industry estimates, ash handling plants are responsible for 30-40 per cent of the total water requirement at the power plant.

The combustion of coal in a TPP results in the generation of ash, which needs to be disposed of. The amount of ash generated depends on the quality of coal, particularly its calorific value and ash content. For a 500 MW unit burning typical Indian coal, which typically has 40 per cent ash content, the amount of ash generated is about 140 tonnes per hour, with distribution of fly ash and bottom ash in the ratio of 80:20. Ash generated from the combustion process is collected at different locations. Of the total ash generated by a TPP, 75-80 per cent is fly ash, which is collected in electrostatic precipitators or fabric filters. Bottom ash accounts for 15-20 per cent of the total ash and is collected below the boiler. The remaining ash (about 5 per cent of the total) is collected below the economiser and the air preheater. As per a Ministry of Environment, Forest and Climate Change’s (MoEF&CC’s) notification dated November 3, 2009, all new coal-based power stations are required to progressively achieve 100 per cent utilisation of fly ash by the fourth year from the date of commissioning of the project. In April 2021, the ministry had notified draft norms which propose TPPs to achieve average ash utilisation of 100 per cent in a three-year cycle. Further, penalties have been proposed for plants that do not comply to timelines. Different systems are installed for the disposal of bottom ash and fly ash, which collect and transport the bottom ash and fly ash from the boiler to the respective storage points. Systems such as lean slurry systems or high concentration slurry disposal (HCSD) consume more water than other systems of dry ash handling that use cooling towers.

As per the MoEF&CC notification dated November 3, 2009, all new coal-based power stations are required to progressively achieve 100 per cent utilisation of fly ash generated in their TPPs. Over time, TPPs have been coming closer to achieving this goal. As such, fly ash may be disposed of in wet mode (lean slurry or HCSD mode) only during the initial period of plant operation as it is less efficient but more affordable. However, it is expected that after some years, TPPs will begin using dry ash handling systems to dispose of fly ash.

Bottom ash being thicker and heavy, however, will have to be disposed of in wet/semi-wet form, as proven technology for dry evacuation of bottom ash is not available for large-size plants. As such, water would be required for the transportation of bottom ash. Additionally, fly ash may be disposed of using traditional wet/semi-wet technology for such time as the plant has not yet developed and installed dry ash handling systems, and during  emergencies, when the dry fly ash mode is out of operation.

Reducing water use in ash handling

Over a period of time, the environmental concerns associated with ash generation in thermal plants have resulted in various measures being adopted to reduce the water requirement for ash management in TPPs, such as reducing the water-to-ash ratio for slurry disposal, recirculation of ash pond water and the use of HCSD systems for fly ash. 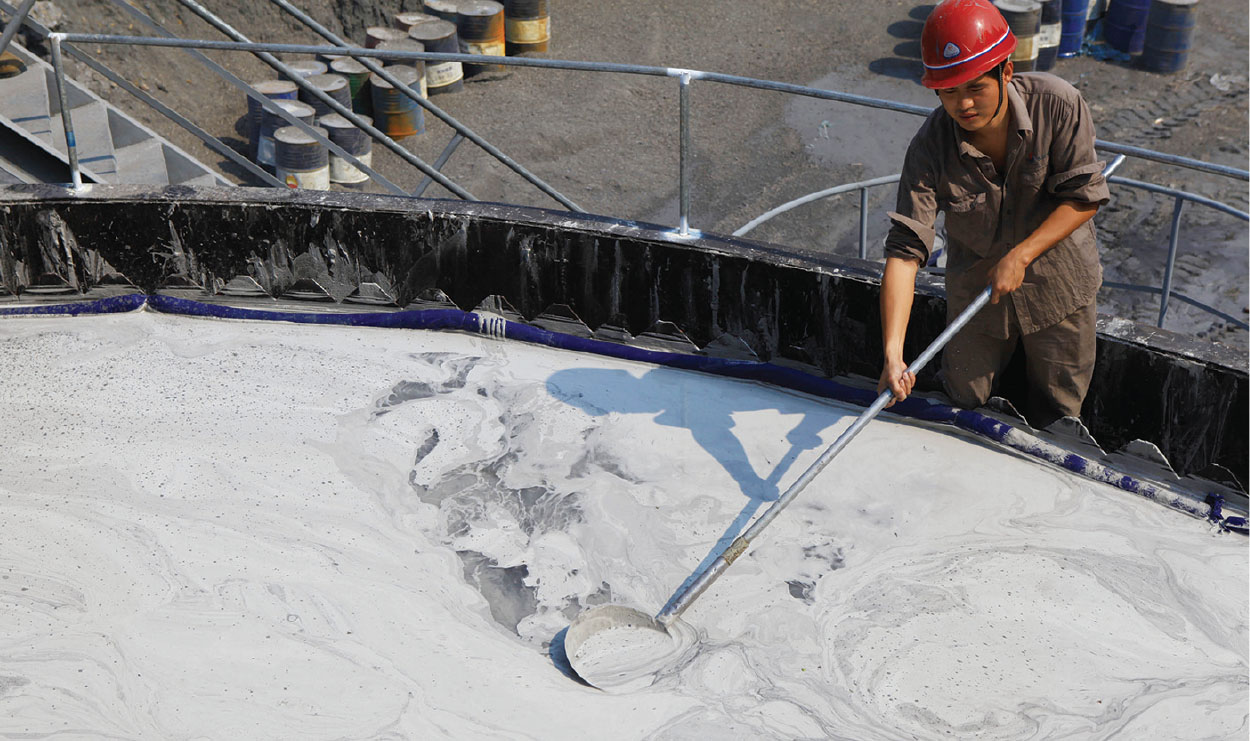 The HCSD system for fly ash involves pumping of high solid concentration slurry with more than 60 per cent solids by weight, employing positive displacement pumps as compared to lean slurry transportation at 25-30 per cent concentration. Apart from this, during the period as the plant is operated without recovering of ash pond water, the increased requirement of water needs to be met with additional water drawn from a raw water sources. When the ash water recirculation system of the plant becomes operational, about 70 per cent of the ash water is expected to be available for reuse in the ash handling system. Overall, if HCSD is used instead of the wet slurry system for fly ash disposal as well as in ash water recirculation systems, available CT blowdown shall suffice to meet the water requirement, and the withdrawal of water from raw water sources will be minimised.