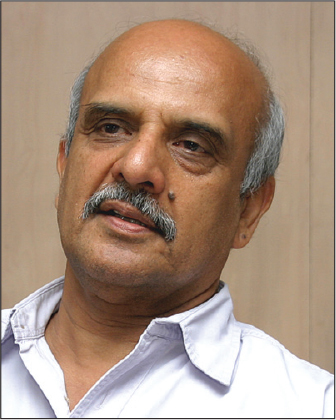 Over the past decade and a half, I have published three books that represent three stages in India’s journey towards clean and green energy. The first one, Decentra­li­s­ed Energy Planning – Metho­do-logy and Case Studies, published in 1991, is based on my experien­ce of setting up and operatio­nali­sing the Maharashtra Ener­gy De­ve­lo­pment Agency in 1986. Du­r­ing that phase, the Ministry of Non-conventional Energy Sources and the state energy development agencies were focusing on pilot and de­monstration projects of renewable energy, conducting rural energy demand surveys and planning how to meet the energy nee­ds of villagers. The second book, Strategic Management of En­ergy Conservation, publish­ed in 1993, is based on my experience of setting up of the energy management centre (EMC), which has grown into the Bureau of Energy Efficiency (BEE).

Here, I am providing a synoptic view of my latest book, Renew­able Energy in India: Economics and Market Dynamics, which I have co-authored with Sushanta Chatterjee and Shrikant Modak. Shrikant Modak, in fact, has been my co-author of the earlier three books as well.

In 2002, I joined the Maharashtra Electricity Regulatory Com­mission (MERC) as a member. At that time, we were facing the challenge of determining the purchase price of electricity by cogeneration of bagasse by cooperative sugar factories. These factories were controlled by a politically dominant sugar lobby. Similarly, due to high prices of the power charged by the state monopoly, the Maharashtra State Electricity Board and various fiscal and tax concessions given by the central and Maharash­tra state governments, many industrial units in Maharashtra had started investing in wind farms. MERC had to determine a “feed-in” tariff (FiT) for electricity from these sources. “Electri­city Reforms & Green Power Development”, published in 2005, defined the cost-plus-return approach for generic tariff determination for these technologies.

When I moved as chairman to the Central Electricity Regula­tory Commission (CERC) in 2008, I, along with Sushanta and others, refined this methodology of generic tariff determination and extended it to other technologies. The tariff we discovered in 2011 for solar was Rs 18 (US 30 cents)! Today, the tariff discovered for solar based on competitive bidding has come down to less than Rs 2.50 (US 3.33 cents). Another sea change is the complete collapse of the market for renewable energy certificates (RECs), which we had introduced to enable green energy resource-deficient states to meet their renewable purchase obligation (RPO). These certificates represent the environmental attribute of green energy.

Important issues raised in the book

The book critically examines the auction design for renewa­bles, recommends reforms in the Indian version of auctions, and makes a case for revisiting the policy on RPO and for en­lar­­ging the market base for seamless integration of renewables in the Indian power system.

Efforts should be concentrated on market reforms for enhancing forecasting capabilities, operationalising renewable energy management centres, and enlarging scheduling and balancing areas through the aggregation of wind and solar at the pooling station level or by pooling of pooling stations.

From the point of larger sectoral efficiency, both wind and so­lar auctioning must be continued, but the existing auction design must be modified to include only the first stage, with the “first price electronically sealed bidding” retained for its design. Next, with REC being discarded, the legacy units that have come up under it will have to be appropriately repositioned. Transferring them under the existing FiT regime in each state, with the same electricity tariff as that prevailing for the units of similar vintage, must be considered promptly to avoid any uncertainty on this score.

We recommend that, ideally, explicit support in the form of RPO should be reviewed by freezing the current level of RPO percentage, without insisting on increasing the RPO percentage in the future. The RPO is generally set as a percentage of consumption in a state and consumption continues to increase. As such, even if we freeze the current level of RPO percentage, in our opinion it would support not only the existing contracted renewable energy capacity of, say, 90 GW, but also some additional capacity as the consumption increases over the period. The question as to what should be the “current level” of RPO percentage for each state before it is frozen should be evolved as consensus by the Forum of Regulators (FoR). Interestingly, the FoR had earlier done an exercise on this with the financial and operational impact in mind. That exercise should be up­da­ted and refined with current realities.

In the future, an alternative mechanism of fixed tariff support, with a focus on the scheme of contract for difference (CfD) sh­ould be introduced, but such CfD support should be also limited to the pre-specified target capacity. For the capacity contracted through this route, there would not be any need for RPO. Even “must-run” status – which is not a guarantee in the RPO regime as well – might not be required for such contracted capacity as their zero or low short-run marginal cost of generation would guarantee their despatch in the market. Another departure from the business-as-usual policy that we recommend is – to dispense with the policy of waiver of interstate transmission charges and losses. Also, the special dispensation on deviation for wind and solar should be phased out gradually, as we believe the market mechanism will provide natural support for managing deviation.

Thus, going forward, efforts should be concentrated on market reforms in the form of enhancing forecasting capabilities, ope­rationalising renewable energy management centres, enlarging scheduling and balancing areas through the aggregation of wind and solar at the “pooling station” level or by pooling of pooling stations. At the same time, the transmission pricing mechanism should be modified to articulate clearly that the transmission charges would be borne by discoms/ buyers explicitly, without the need for allocating any transmission charge on the generators, including renewable energy generators. With utmost urgency, the market geographies need to be enlarged and the depth of the market on the day-ahead and real-time horizons should be increased through market-based economic despatch. The market should be made faster by gradually moving from a 15-minute to a 5-minute market for renewable energy and load to manage their variation, without leaning on the grid through unscheduled interchange and causing avoidable risk to the grid operation. These market reforms, together with the pooling of wind and solar, at least at the pooling station level, would go a long way in reducing the balancing cost for renewables. Equally important is the need for facilitating adequate reserves and creating a framework for market-based procurement of ancillary services with proper incentives for higher ramps.

Even these measures have a cost for electricity consumers, but these costs are going to be much lower than those being borne by individual states, currently operating as they are in their silos. The other advantage is that the mechanisms suggested will eventually make variable renewable energy compete with conventional generation, which, in turn, would reduce disco­ms’ resistance, we believe, currently is one of the biggest factors contributing to the dampening interest of investors in the re­ne­wable energy segment. An increase in the penetration of rene­wables is going to render some of the conventional power plants stranded. Options to mitigate risks for such legacy contracts are to be explored and more importantly, resource adequacy requirement and future power procurement strategy should be redesigned with these realities in mind. There is, thus, a need for a paradigm shift in the strategy for the promotion of renewable energy in India.

A number of sector developments including the increasing focus on renewable energy, the slowdown in the signing of long-term power purchase agreements (PPAs) and the preference of discoms to purchase power in the short-term market […]