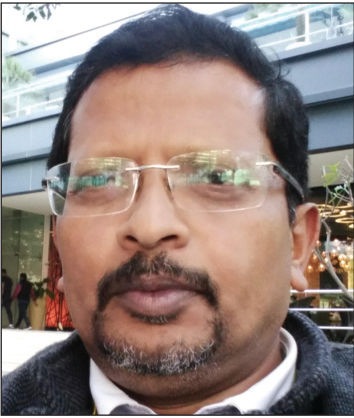 S.B. Chandrashekharaiah has close to three decades of experience in the po­wer sector. During this time, he has work ed on automation, SCADA systems, and power system communications. He has been working with Karnataka Power Tra­nsmission Corporation Limited (KPTCL) since 1991 and is currently superintende­nt engineer-SCADA at the SLDC, KPTCL.

On the current state of the sector, Ch­a­n­drashekharaiah says, “Many chan­ges have taken place over the past few ye­ars, the biggest being the growing penetration of renewable energy generation. Mo­re­over, the country has moved from electricity shortage towards surplus.” He be­lieves the next big change will be the growth of distribution automation and te­ch­nologies such as IoT and use of ma­chine learning and artificial intelligence. Further, microgrids and solar rooftop are expected to scale up significantly. Accor­ding to him, the biggest challenges facing the sector are implementing pro­­per communication tech­no­logies for automation and extending quality power to consumers.

Chandrashekharaiah is immensely proud of his orga­nisation and lists some of its big achievements as such: “We have implemented SCADA across the entire network, along the length and br­eadth of the state, up to the 11 kV feeder level. We have achieved a high level of automation with respect to transmission and even sub-transmission.” Some of the planned initiatives of the company are the implementation of automatic generation control, improvement in infrastructure for load shifting, expansion of the tra­nsmission network, and addition of new transformers to strengthen the state transmission sytem.

Chandrashekharaiah’s most memorable assignments include the responsibility for reno­va­ting one of the oldest and biggest substations in the state, and the renovation and modernisation of one of the biggest SCADA networks in the country. “I have been a part of the design, execution and maintenance teams. Not one day has been monotonous in my career, which ma­­­k­es me happy as a professional.” In te­r­­ms of management style, he be­lieves that everybody should own their work and complete it within the timeline. Ch­an­drashekharaiah studied electrical and electronics engineering at Mysore Uni­versity and later taught at the Siddaganga Institute of Technology in Karnataka. He considers M. Visvesvaraya and Mahatma Gandhi as his role models and his mantra is “living a simple life”. In his spare time, he enjoys reading and farming.