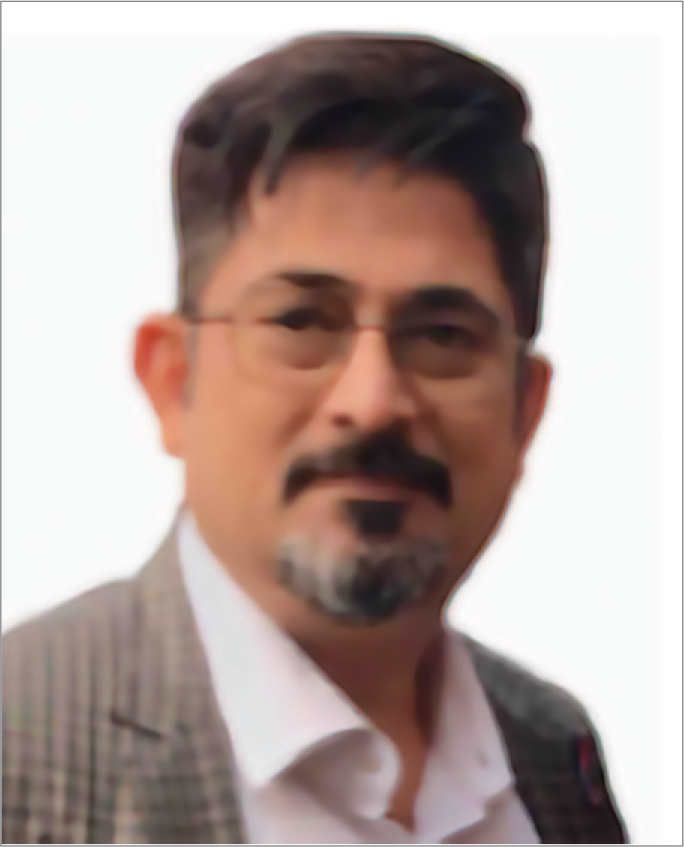 At the outset I must say that irrespective of the current state of affairs, dis­coms and the power departme­nts of states ha­ve been doing pretty well in ensuring power supply to every nook and corner of the country, even in the un­precedented situation arising out of the Covid-19 pandemic. In my view, all agencies relating to essential services, including electricity, deser­ve a big round of ap­p­lause as they con­tinued their respective services relentlessly in the interest of the public at large, without bothering about the impact on themselves.

This also shows that the sector, in terms of the basic power supply infrastructure, has covered a long distance in the past few years to ensure electricity ac­cess to every village, habitation and al­most every household in the country. The financial hardships faced by many discoms have affected their operational efficiency. The inefficiencies of the other sub-sectors, tra­nsmission and generation, are also ge­tting passed on to distribution as it is at the bottom-most level of the ladder for revenue generation.

Many factors external to discoms have had an adverse im­pact on their overall performance – regulatory issues as well as state finances. Further, there have been certain real issues of discoms th­em­­­selves, which have directly impacted their performance, that is corporate governance, pro­fessional mana­gement, de­p­­­loyment of adequate manpower, standard operating procedures for operatio­ns and maintenance, financial management and consumer services, including grievance redressal.

Financial sustainability is the greatest challenge for most of the state-owned dis­coms as they continue to post significant financial losses, to  a varying degree. Among the major factors contributing to these financial losses have been inadequate tariffs vis-à-vis the cost of supply; operational inefficiencies in me­tering, billing, collection and theft prevention, lea­ding to high aggregate technical and commercial (AT&C) losses; non-payment/delayed payment of dec­la­red subsidies by states as well as the state government department dues; and inefficiency in power procurement.

“We are looking at options of ploughing in asset mone tisation proceeds in the distribution sector.”

If one looks closely at these issues, at the core lies the operational efficiency, that is metering, billing, collection, theft prevention and power procurement. Coll­ection efficiency today stands at 94 per cent, but it should be much better. In fact, we have seen an erosion in collection efficiency in the past one or two years, even though there has been signi­ficant improvement in billing efficiency. We have been consistently bringing down AT&C losses, which stand at 20-21 per cent right now. In view of the present level of per capita consumption in the country, which is a third of the world’s average, the sector’s grow­th is much de­sired and distribution infrastructure needs to be built. There is a need for the creation of significant and ade­quate capacities by strengthening and augmenting the sub-transmission and distribution sector. Large-scale capital in­vest­ment needs to be infused and gre­a­ter opportunities would be available to the industry in the short, medium and long terms, in areas including str­eng­thening and augmenting of the sub-transmission sector, loss reduction, sm­a­rt metering, consu­mer metering, system metering and associated energy ac­c­ounting system.

The Bureau of Energy Efficiency has recently come out with statutory energy accounting guidelines and mandates discoms to prepare three-monthly energy accounts. The new RDSS also provides for the implementation of smart metering works in the TOTEX (capital expenditure + operational expenditure) mode through a public-private partnership ar­rangement. Metering is being envisaged as a service rather than a commodity that has to be procured. The expansion of IT-OT solutions – supervisory control and data acquisition (SCADA) system, distribution management system, en­ter­­prise resource planning – is also being done. The focus has also been brought to artificial intelligence (AI) and machi­ne learning (ML) solutions, especially in the area of loss reduction, and we, in the process, are also planning to set up an in­cubator specifically focused on AI-ML solutions, which will encourage existing businesses as well as start-ups in this space. The Smart Grid Know­ledge Ce­ntre at Powergrid is also being developed as an innovation park. An online innovation park is also in the offing, which we should be launching soon.

On the supply side, I think the industry will need to gear up to absorb such lar­ge-scale investments and build up their capacities to deliver, in terms of manufacturing, supply and even installation. Hence, the industry needs to join up with the government, to ensure the availability of adequate skilled manpower to take up all these works. The government, on its part, is working on these lines, but we would require partnership from the in­dustry. “Make in India” is another as­pect on which the government is focusing, looking at maximum made in India products in the electricity sector. There are some other initiatives that we are planning, including privatisation of distribution in the union territories. We are also looking at other options of ploughing in the asset monetisation proceeds into the distribution sector.

“An investment of Rs 1.5 trillion is geared towards strengthening the infrastructure.”

Coming to the RDSS, we have been regularly supplementing the resources of state power departments through various central sector schemes, primarily focus­ed on providing capital investment for infrastructure works. Moving slightly away from the traditional way of infusing funds for infrastructure creation, the government has now launch­ed this new reforms-based results-linked scheme, with the objective of improving the quality and reliability of power supply to con­­sumers through a financially sustai­n­able and operationally efficient distribution sector. The fund release in this sc­he­me is tied to the achievement of re­sults and initiation of reforms. We have an outlay of over Rs 3 trillion in the sche­me, which also envisages a significant amount of private investment.

This scheme is different from the previous ones on two counts. Here, we are not envisaging a “one-size-fits-all” app­ro­ach. Discoms will have flexibility to draw up plans for improvement, action plans and detailed project reports (DPRs), keeping in mind their own specific conditions, but that will be subject to the central government establishing the adequacy and sufficiency of the me­asures being undertaken. The financial assistance is conditional on the ad­op­tion of reforms and showing results on various operational and financial performance parameters.

Under the earlier schemes, the objective was to increase last-mile connectivity, whi­ch has now been accomplished. We have, however, underperformed on the twin aspects of financial and operational efficiency. To be specific, operational ef­fi­ciency has shown more improvement than financial efficiency. Earlier, there used to be different schemes being dealt with by REC and the Power Finance Cor­po­ration (PFC). Now, we have brou­ght all the schemes under a single umbrella of RDSS. This brings the elements of re­form, perform, tran­sform and create to­gether in one thr­ead. More im­por­ta­ntly, the conditional re­lease of funds by the government en­sures stringent emp­hasis on per­forma­nce and target achie­ve­me­nt. Bro­ad­ly, re­forms expec­ted under the scheme pertain to fiscal discipline and regulatory sim­plicity on the part of the central government, state governme­n­ts and discoms.

Smart metering contracts under the RDSS are envisaged as TOTEX contracts and therefore the developer will have to design, build, finance, operate and tra­ns­fer smart meter assets. Once me­ters are installed and the first prepaid billing cycle is completed, around 15 per cent will be transferred by the government. Si­mi­larly, we have envisaged the installation of another 100 million smart meters by December 2023. States that meet the meter installation targets which will be given another 50 per cent grant of the 15 per cent already given.

An investment of Rs 1.5 trillion is geared towards strengthening infrastructure, including government funding of Rs 700 billion-Rs 730 billion. We are fo­cusing on two areas – around 50 per cent of the investment will be directed to­wards loss reduction and the other half to­wards modernisation and augmentation of distribution infrastructure

Operational guidelines of the scheme were  released on June 27, 2021 and the MoP and its nodal agencies, PFC and REC, have been organising workshops to sensitise states and discoms on preparing their action plans and DPRs. States and discoms have already initiated the pro­cess and we expect that by Decem­ber 2021 all the states would be coming in with their action plans, some even ear­lier. To ease the process, we are also en­visaging several other measures. We have already prepared smart metering standard bidding or model bidding gui­delines for the selection of AMI system providers for rolling out smart me­ters. We are also preparing standard bidding documents for infrastructure work, SCADA and other things. We ex­pect that approvals for these projects will be in place by the fourth quarter of the financial year 2021-22 and projects will start hitting the ground by year-end.

Views of Dr A.K. Verma: “This is the time when we are fully poised for smart meters”

India’s smart metering landscape is set to see a significant change, with plans to install almost 300 million smart meters in the next five to six years. At a recent Power Line conference, Dr Arun […]

Case for Hydro: Proposed policy could lead to a revival

The absence of a hydropower policy that comprehensively addresses the woes of this segment has been one of the biggest areas of contention for the industry. As a result, growth in the segment has been […]

Coal is the most dominant fuel for power generation in India. However, while coal production has been growing, it has remained much below the demand, leading to increased imports. Owing to the shortage in domestic […]