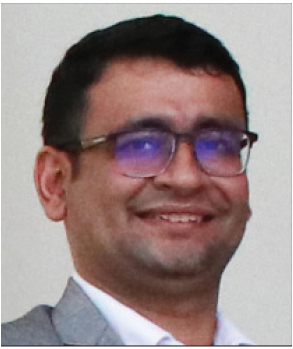 Ishan Nagpal, lead, policy and regulatory, ReNew Power, has expertise in policy advocacy, regulatory affairs and business development in the renewable energy sp­ace. He has been working on new initiatives such as hydrogen, storage and distribution, in collaboration with different stakeholders. Nagpal joined ReNew Po­w­er in 2015. In the initial years, he was part of the so­lar team, where his role entailed coordinating activities between different depar­tments. Approximately 300-400 MW of solar capacity was built during his tenure in the team. Prior to ReNew Power, Nag­p­al worked as a consultant with Pri­ce­­water­­houseCoopers as a part of its government reforms and infrastructure de­velopment advisory vertical.

ReNew Power has been actively working on new and innovative clean energy projects in recent months. At present, the company has the largest storage pipeline in the country. “We are working on things that are fresh and exciting. For instance, a re­cent tender for a 400 MW re­newable energy project, wh­i­­­ch required 80 per cent of the electricity to be generated using only renewable sources, was won by the company. Gr­een hydrogen is also coming up and will help India in its green energy transition. Pro­viding advocacy strategies in these areas is exciting,” he says.

According to Nagpal, indigenisation of equipment and module manufacturing must be a key priority for the sector. “Al­most 90 per cent of the solar modules are being imported at present. And de­s­pite the large domestic base for the wind segment, there is scope for further im­pro­ve­ment. Battery storage is also largely depe­ndent on imports. The call for At­ma­nir­bhar Bharat thus makes significant sense for the renewable industry,” he says.

Nagpal’s management st­yle has evolved over the years. He believes in working together as a group to drive a consensus and determine solutions that help national goals and the grid at large. “Ad­vocacy involves working with stakeholders across the spectr­um. Since every stakeholder is focused on a common goal of buil­ding ca­pacity, advocacy involves a lot of collective work,” he says. As an or­ga­nisation, ReNew Power ai­­ms to incorporate pioneering technologies and augment its renewable energy ca­pacity. Nag­pal is ex­cited to be an active part of this energy tra­nsition. He believes he too has grown along with the organisation.

A big part of Nagpal’s spare time goes into cooking and gardening. He also enjoys reading books on management and self-help.