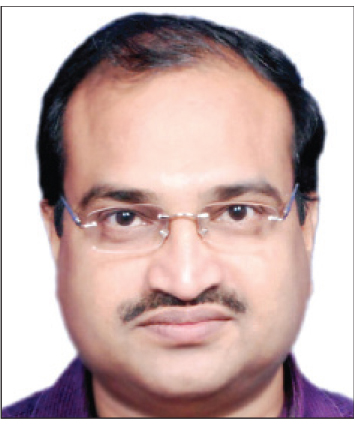 Gagan Bihari Swain, director, finance and corporate affairs at GRIDCO Limited, has extensive experience in the areas of finance and regulatory reform. Prior to GRIDCO, he headed the department for regulatory, strategy, legal and government affairs at BSES Yamuna.

“The power sector has become more dynamic and is striving to ac­hie­ve the COP26 climate commitments. India surpassed 100 GW of renewable capacity in August 2021, which is a milestone achievement. The figure is close to 150 GW if large hydro is included in the re­newable energy basket,” says Swain. Wh­ile sectoral aspirations are pro­mising with the coming in of el­ectric mo­bility, electricity storage and green hydrogen, there are other collective ar­eas for development as well, such as su­stainable distribution disaster resi­li­en­cy and large-scale distributed re­new­able energy integration, he adds.

Swain believes that distributed renewables, along with grid-level large-scale ba­­ttery storage and state/re­gi­onal-­level pumped hydro sto­rage assets are critical for grid balancing. The promotion of EVs and solar pumps under the PM-KUSUM scheme, etc. will also be helpful for grid balancing.

Swain notes that Odisha’s power sector has matured significantly. We are power surplus now after meeting our own demand and will continue to be net surplus for the next four to five years. We have provided universal access to electricity in all rural areas. Our transmission network availability is 99.9 per cent. We have divested 51 per cent equity in the distribution licence business and brou­ght in public-private partnership-managed discoms for operational impro­ve­ment and greater consumer satisfaction,” says Swain. However, one concern is previous service liabilities that are being held in GRIDCO and need restructuring. Besides, Odi­s­ha’s power sector faces con­­tinuous threats from frequent natural disasters, which call for planning for cyclone-resilient coastal power infrastructure, he notes.

Swain describes his management style as inclusive. He likes to get his team members buy-in and inputs on key is­sues, as well as to motivate and mo­bilise their constructive energy, which leads to a collective thought process.

Going forward, he wishes to associate with organisations to work on new ideas and technological innovations to help elderly and destitute people.