Diesel generator (DG) sets are an important source of power supply for various sectors such as railways, marine, mining, building and construction, and telecom and data centres. Their usage has, however, declined in the commercial and industrial (C&I) as well as domestic segments due to im­provements in grid power supply and emission-related concerns. Further, the DG set market witnessed a dip in de­mand in the year 2020-21 due to the economic impact of the Covid-19 pandemic. DG set manufacturers experienced su­pply chain bottlenecks, temporary closure of production facilities, liquidity crunch, slowdown in receipt of new or­ders and delays in execution as a result of national/local lockdowns. How­e­ver, the economy started gaining traction from the third/fourth quarter of 2020-21 as pent-up demand was realis­ed from key segments such as data centres, healthcare, infrastructure, construction, rental and retail.

As per the Central Electricity Authority, the diesel-based generating capacity of utilities across the country aggregated 509.71 MW as of November 2021, this was just 0.13 per cent of the total in­s­talled capacity. Over 42 per cent (212 MW) of diesel-based capacity is concentrated in Tamil Nadu, 31 per cent (160 MW) in Kerala, and the remaining in the Andaman & Ni­cobar Islands (40 MW), Andhra Pra­desh (37 MW), Manipur (36 MW) and Karn­a­taka (25 MW). In addition, a small pro­po­r­tion of captive power generation capacity is fuelled by diesel/ liquid fuel-based plants. India Infras­tr­uc­ture Rese­ar­ch has tracked over 3.2 GW of diesel/ liquid fuel-fired captive power capacity across industries such as metals and minerals, petrochemicals, fertilisers, and pa­per and pulp. The states of Tamil Nadu, Maharashtra, Haryana and Gujarat to­gether account for 50 per cent of this tracked capacity.

The DG set market comprises both or­ganised and unorganised players, with the former accounting for a major share of 79 per cent. Unorganised small-scale players typically manufacture low rating DG sets of up to 25 kVA, owing to their use of simple technology. The organised segment includes large multinational players as well as home-grown cong­lo­merates such as Ashok Leyland, Cater­pi­llar India Private Limited, Cummins, Ei­cher, Grea­v­es Cotton, Mahindra & Ma­­hi­ndra, Kirlo­skar Oil Engines Limi­ted and Perkins.

The demand for gensets and engines is directly related to growth of end-consuming sectors such as C&I and domestic consumers, railways, marine, mining, building and construction, and telecom and data centres. Many of these sectors offer growth prospects led by increased spending under key government programmes.

For instance, Indian Railways’ ambitious target of achieving electrification of its broad gauge network by 2023 is driving the demand for diesel electric tower cars (DETCs). These DETCs are self-propelled units used for inspection as well as for patrolling and maintenance of ov­er­head lines on electrified routes. DETCs comprise several pieces of equipment, inclu­ding the diesel engine, compressor, traction alternator, diesel alternator unit and cable laying apparatus.

The mining sector also relies heavily on DG sets to provide uninterrupted electricity supply in order to power the heavy machinery used at mining sites, which are often remotely located. The massive drills and other machinery used for excavating, along with belts, pulleys and carts, are all powered using DG sets. With Coal India Limited’s target of ac­hieving 1 billion tonnes of coal production by 2023-24, as well as the onset of co­mmercial coal mining auctions, gro­wth is expected in the coal mining segment, which will drive up the demand for DG sets in the near future.

The marine sector also requires dependable and efficient power supply under ex­treme conditions. Diesel gensets and engines are crucial for propulsion and au­xiliary applications. The Indian Navy’s fleet expansion plan under the Make in India initiative is expected to drive the de­mand for diesel engines and gensets. Further, the Rs 200 billion Pradhan Man­tri Matsya Sampada Yojana, launched in 2020 for the fisheries sector, also lays em­phasis on the upgradation of existing fishing vessels and the building of deep-sea fishing vessels. The scheme that runs till 2024-25 is also expected to impact the demand for diesel engines and gen­sets positively in the long run.

The demand for gas compression en­gin­es is also set to grow as the country plans to increase natural consumption to ac­count for a share of 15 per cent in the energy mix by 2030 from the current 6.3 per cent. Significant investment is plann­ed by the oil and gas sector to strengthen gas supply infrastructure, including laying of about 15,000 km of pipelines.

A major chunk of demand for diesel en­gines and gensets is expected from the construction sector. About 60 per cent of investment under the Rs 102 trillion National Infrastructure Pipeline will be accounted for by construction-intensive sectors such as roads, railways, irrigation, urban infrastructure and ports. Si­n­ce construction sites are often located in remote areas, they cannot secure grid supply, and DG sets come in handy in running various machinery.

Last but not least, the data centre segment is expected to grow as companies take steps to digitalise operations, es­pecially post Covid, thereby fuelling de­ma­nd for DG sets. Every data centre includes backup power supplies in the form of high horsepower DG sets. This requires multiple DG sets of 750 kVA and above.

The demand for diesel engines and gensets from residential as well as C&I consumers is likely to remain muted, as peak and energy deficits have become negligible. As of November 2021, the en­ergy deficit stood at 0.4 per cent, while peak deficit stood at 1.2 per cent. Fur­ther, there is rising adoption of rooftop solar by C&I consumers owing to a dec­line in the capital costs of solar panels and potential savings in energy costs with re­ne­wable energy technologies.

In addition, emission-related concerns have forced states and environmental agencies to ban DG sets from time to time. A case in point is Delhi NCR, where the Central Pollution Control Board ba­nned the use of DG sets in October 2021 when air quality in the city turned very poor. The use of generators was allowed for emergency services such as the me­tro, hospitals, airports and railway stations. However, certain areas in Haryana and Uttar Pradesh depend on high capacity DG sets for power back up, as grid supply is erratic. In 2019 and 2020, the Uttar Pradesh and Haryana governments sought exemptions from the CPCB, as many private housing comp­lexes were dependent on DG sets for power supply.

The government is also taking steps to reduce diesel-fired capacity in Laksha­dweep and the Andaman & Nicobar Is­lands. While till a few years ago DGs had catered to the islands’ power de­mand, rising tourism combined with the operational and environmental costs of die­sel made a strong case for renewable en­ergy deployment in these union territories (UTs). To this end, in 2016, the Mi­nis­try of New and Renewable Energy launched a programme to increase the renewable energy capacity on the is­lan­ds. It approved the implementation of 40 MW of distributed grid-connected solar PV capacity in Andaman & Nicobar and Lakshadweep, with an estimated central financial assistance of Rs 1.92 billion. Further, in November 2018, the government announced that, going forward, the entire power demand of both the UTs would be met through renewable en­ergy sources.

DG set manufacturers are rising to the challenges and incorporating the latest technologies to launch models that co­mply with the latest emission norms. New generator variants have also been launched that integrate battery energy storage systems and solar power with DG sets to provide cleaner power supply to consumers. There is also a greater focus on dual-fuel gensets that can run on natural gas as well as diesel.

Net, net going forward, the demand for DG sets and diesel engines is expected to remain strong in the short to medium term from sectors such as railways, ma­rine, mining, construction and data centres. However, over the long term, the industry is expected to face disruption due to the growth of solar as well as battery storage, especially as the country takes steps to meet its target of reducing emissions by 1 billion tonnes by 2030. 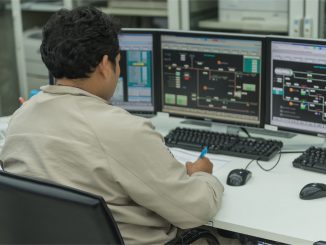 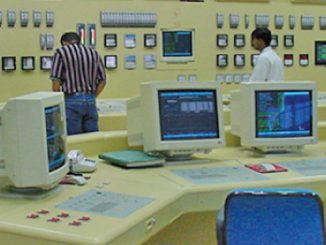 August 30, 2017
The power sector is witnessing a rapid influx of information and operational technologies (IT and OT). These [...]
More