Incorporated in 2010, Punjab State Transmission Company Limited (PSTCL) is one of the largest state transcos in the country, with a total line length of over 12,500 ckt. km and a transformer capacity of over 38,000 MVA.

Over the last few years, PSTCL has been proactively undertaking several key initiatives towards making its grid more reliable and efficient and securing its assets. Remote substation monitoring, im­proved testing and diagnostics of assets, hotline maintenance, installation of high temperature low sag (HTLS) conductors, laying of optical ground wire (OPGW) to connect substations, and the use of em­ergency restoration systems have been some key strategies adopted by the tra­n­s­co to maintain network reliability and ensure high uptime, especially during the Covid pandemic. 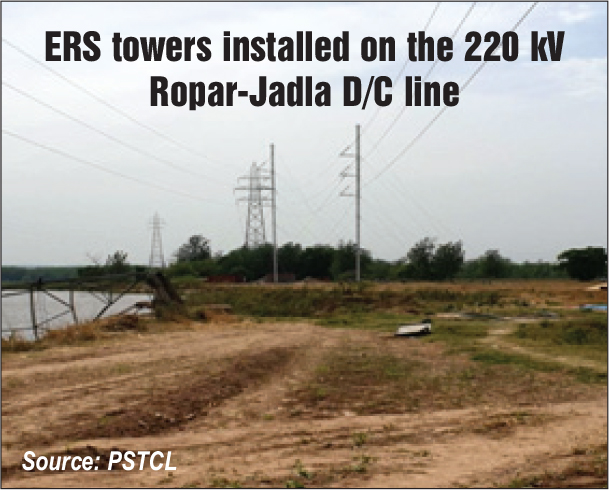 PSTCL has been actively implementing various initiatives for attaining an optimum and sustainable level of network performance parameters. Remote control operations have been implemented at some of its substations at the 220 kV level (Lalru, Dera Bassi, Kharar and Mo­hali-2). Another key initiative under way is the implementation of the Sche­du­ling, Accounting, Metering and Settle­ment of Transactions in Electricity (SAMAST) scheme in Punjab for assessing the voltage-wise transmission losses of Punjab’s transmission network. The tender for the implementation of this scheme in Punjab was floated by PSTCL and is under evaluation. The total estimated cost of the project is Rs 244.4 million, of which the Power System Develop­ment Fund will provide funds amounting to Rs 122.2 million and the remaining Rs 122.2 million will be invested by the tr­a­nsco. As of now, the company has re­cei­ved the first instalment of funding am­ounting to Rs 12.2 million. Further, the company has taken measures to address the issue of overloading by undertaking works such as installation of HTLS conductors and allowing greater flow of power through same corridors. Besides, anti-fog insulators have been installed to safeguard the network from tripping or breaking down in foggy season. 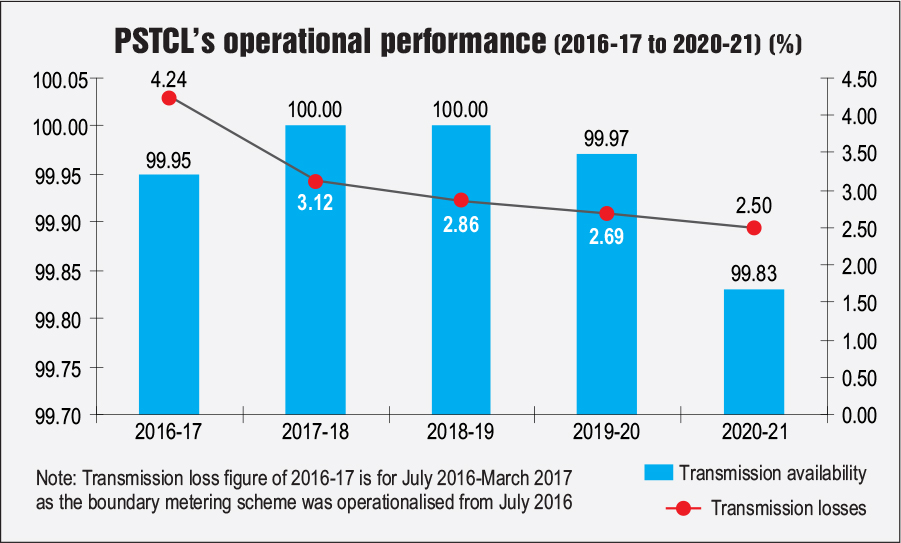 PSTCL is working on several new technologies and system automation techniques for reducing manpower needs and improving reliability. It has installed RHMI to control and supervise substations from remote stations. The control of the 400 kV substation at Dhuri has been shifted to the 400 kV substation at Rajpura while RHMI of another 400 kV substation is being shifted on one station. The company is also installing OPGW for connecting all substations and generation stations under a reliable communication project. Another key initiative under way is the implementation of a framework on the SAMAST sche­me as recommended by the Forum of Regulators. Under this initiative, several meters are scheduled to be installed at various boundaries, generating and open access points including data concentrator units, servers, communication systems and switches. After the installation of meters along with other hardware, data of these locations/points will be av­ailable at the state load des­patch centre (SLDC). The meters contain software for online scheduling of generators, reports generation, etc. Further, after implementation of SAMAST, the SLDC will commence functions such as forecasting of solar generation and scheduling, accou­n­ting and deviation settlement of all intra-state entities in line with the PSERC regulations. Another important technology initiative for the restoration of transmission corridors is the use of the emergency restoration system (ERS) in the case of fallen towers of 132/220/400 kV transmission lines. 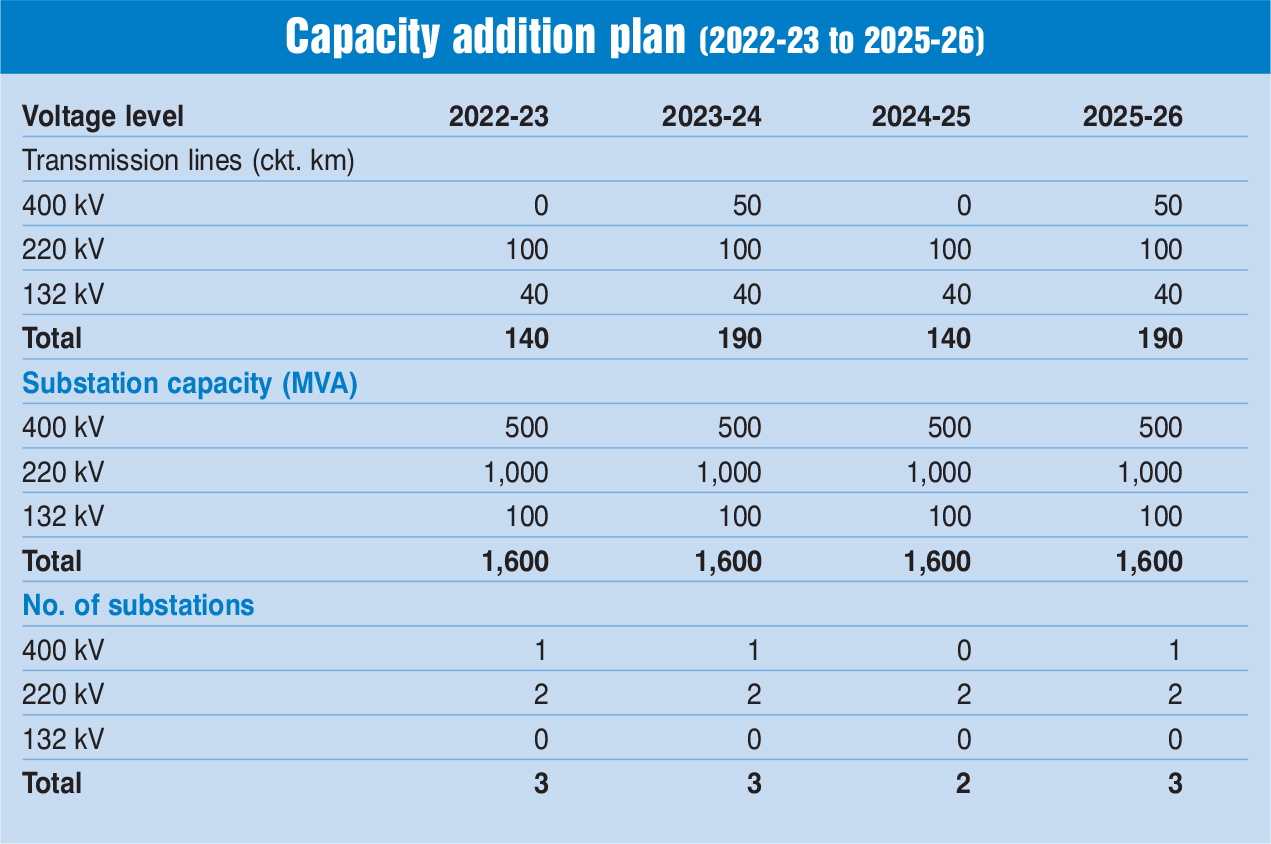 To support the state’s power requirements during peak summers, the trans­co is committed to enhance its import capability up to 10,000 MW by 2023. In terms of network augmentation, three 400 kV substations at village Dhanansu near Ludhiana, Ropar, and Behman Jassa Singh and one 220 kV geographic information system (GIS) substation at Sher­pur (Ludhiana) are under construction. In addition to this, augmentation of the 400/220 kV transmission system is being carried out, that is, augmentation of ICTs, replacement of aluminium conductor steel reinforced with HTLS conductors, etc.

PSTCL continues to play a pivotal role in maintaining strong transmission availability across Punjab. It has displayed a strong performance in reducing losses. With significant capex planned for network modernisation and capacity augmentation, and new technology initiatives for improving the state grid’s reliability and efficiency, PSTCL’s efforts are focused on meeting the future power re­quirements of the state as well as sus­ta­ining a strong flow of power across stra­tegic transmission corridors.