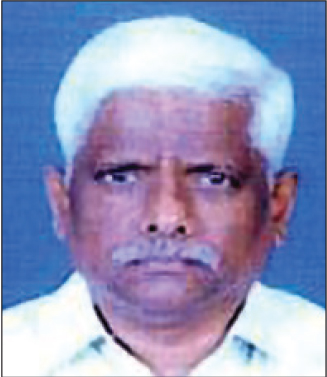 Chilumula Venkata Rajam has more than three deca­des of experience in hydro O&M. He is currently di­rec­tor, hydel at Telanga­na St­ate Power Generation Cor­po­ra­tion Limited (TSGENCO). TSGENCO has an ins­talled capacity of 6,485 MW and contributes 50 per cent of the re­quirement of the Telangana state grid, in which 2,442 MW comprises hydel with 1,605 MW of pumped storage capacity, and thus meets the ideal mix of 60:40 thermal and hydro. “India is on the verge of becoming an energy su­rplus state with respect to the per capita and peak de­mand. Currently, fossil fuel-based power plants cater to more than 80 per cent of the energy demand in the country. Due to environmental hazards, the country is promoting non-fossil fuel-based energy use. All the policies are ex­pected to revolve around this green energy concept and the same is expected to beco­me the norm in the future. In the coming years, with an abundance of clean energy from renewables, the quality of en­­ergy will also become im­portant as India’s ag­g­regate AT&C losses have to be reduced considerably,” says Rajam.

A notable achievement of TSGENCO has been that its thermal power stations achieved a PLF of 72.35 per cent during 2020-21, against an all-India average PLF of 54.49 per cent. Further, the state genco has commissioned the 270 MW Unit 3 of the Bhadradri TPS in Ma­rch 2021. Despite various achieveme­nts, Rajam believes that meeting the re­quirements of agriculture and maintaining 24 hours of quality and affordable power to the agricultural sector is the big­gest issue faced by the power sector in Telangana.

Rajam recalls his most memorable assignment as the commissioning of NSHES (reversible units), which were put into operation as pump turbines after 30 years and the restoration of the SLBHES units after a fire accident on August 20, 2020. He also cherishes the renovation and modernisation exercise of the Niza­msagar hydel power station (2×5 MW), which is oldest power plant, commissioned in 1955.

Rajam emphasises the importance of management participation in order to achieve reliable, cost-effective and eco-friendly power. He involves younger generation power engineers in coordinating and technical meetings so as to ensure their active participation.