Thermal power plants (TPPs) in the country have reportedly been witnessing depleting coal stock in recent days, attributable in part to the increase in power demand and logistical constraints. Amid concerns of shortages, Coal India Limited (CIL) has increased its supplies to TPPs. Industry experts share their views on the current state of coal availability in the country and the steps needed to ensure adequate supply to power plants. Excerpts…

What are your views on the current state of coal availability at TPPs in the country?

The current level of coal availability across TPPs is low as compared to the levels during the same time last year. As per the national power portal, about 182 GW of the operational thermal capacity relies on domestic coal, as of April 10, 2022. Approximately half of this capacity is currently carrying critical stock (that is, less than 25 per cent of the normative stock or around six  days of coal stock). Higher-than-anticipated demand with early onset of summer, tepid coal production and logistic bottlenecks are the primary reasons. The issues are more prominent in non-pithead plants (which account for about 80 per cent of inst­al­l­ed thermal capacity) while the pithead plants (comprising 39 GW and about 20 per cent) continue to have reasonable coal availability.

Central generating companies (gencos) have clear advantage in terms of coal availability – on an average the actual stock available at such plants is around 60 per cent of the normative stock (which equals 26 days of coal stock). Indepen­dent power producers (IPPs) and state gencos have much lower availability at about 38 per cent and about 20 per cent, respectively. One of the dominant issues contributing to lower stock for these plants is limited availability of railway rakes. The central gencos are utilising the rake diversion and rationalisation app­roa­ch for smoother operation. For IPPs with critical stock, it is generally observed that limited despatch adds to the rail transportation woes. An internal factor, which has also caused limited coal availability with state gencos and IPPs, is de­layed payments to coal companies.

The availability of coal for plants op­e­rating with only imported coal is also relatively low. This is on account of continuing higher prices in the international market.

The shortage of electricity as a percentage of demand has shot up to 1.4 per cent over the first week of April, higher than the 1 per cent deficit in October 2021, when India last faced a serious coal shortage and the 0.5 per cent shortfall in March 2022. Currently, the overall stock in 173 power plants stands at 23.5 million tonnes (mt), 36 per cent of the normative stock of 66.7 mt. In a country where 75 per cent of electricity is generated using coal, this is a major cause for concern as it threatens to derail India’s economic recovery.

Industrial states such as Maharashtra, Gujarat, Andhra Pradesh and Karnataka are the worst hit as their state-owned un­its have an average of just four days wo­rth of coal stock. Andhra Pradesh declared a power holiday bringing major and minor industries to a grinding halt.

There has been a sharp uptick in power de­mand as the economy recovers from the Covid-19 pandemic coupled with su­pply issues that have led to the current coal shortage. The electricity production was 1,234.98 billion units (during April 21-January 2022), a rise of 8.48 per cent compared to last year.

However, Coal India has 61 mt of stock available, power stations have 25 mt while sheds and washeries have another 5 mt, taking the total availability as of now to 91 mt. This is enough for 45 days, considering the peak demand of 1.9 mt of coal per day in October 2021.

Recently, TPPs across India experienced an acute coal shortage. The shortage was also felt throughout the Asian subcontinent. Many internal and external factors have contri­bu­ted to the situation and are under investigation. Stakeholders have identified some of the most common causes of this situation.

Power demand in India started reducing during the lockdowns imposed to manage the Covid-19 pandemic, especially the demand from commercial consu­mers. As the lockdowns continued, the load on TPPs remained low and resulted in low coal consumption rates. However, from July 2021, most of the Covid-19 re­strictions were revoked ac­ross India, and commercial and ind­us­trial activities started recovering ra­pidly. The overall power demand recovered to the pre-Covid levels and even crossed it. TPPs were not expecting this sudden increase in power demand. The low coal inventory available at plant locations aggravated the problem.

The Central Electricity Authority (CEA) norms mandate that there should be at least 15-30 days of coal available in the inventories of TPPs based on their distance from allocated coal mines. These coal inventories sh­ou­ld be utilised in high demand or low coal supply situations. However, many of the TPPs were not maintaining even the minimum qu­antity of coal required in their inventories. Many stakeholders su­gg­est that distribution companies (discoms) are still operating under high debt, and revival schemes, such as the Uj­wal Discom As­surance Yojana (UDAY), have failed on the ground. The­refore, discoms are not making payments to gencos on time. In turn, the ge­ncos are not able to buy large coal stock for their inventories.

Also, high calorific value coal is imported from Indonesia and Australia. These countries are already facing challenges with high coal demand from many de­pen­dent countries. Due to this high de­ma­nd, the cost of coal has increased ac­ross the world. Additionally, coal transportation through sea routes takes days to reach India. This situation has led to a 12 per cent decrease in coal imports.

What are the steps required to ensure adequate coal at TPPs?

Some of the steps that should be taken are:

As per data, the daily production of CIL was 2.9 mt while daily offtake by consumers was 2 mt in the month of March. An increase in wagons for coal evacuation would improve the situation.

The power ministry has advised states to import coal for 10 per cent blending wi­th domestic coal at their power statio­ns. This would again help in increasing the supply of coal.

To maintain product the quality at the loading end, minimum human in­terference is desired and a more me­ch­a­nised loading process should be ad­opted. Coal needs to be stored in silos/ bunkers and should be loa­d­ed on to wagons directly through belt conveyors/rapid loading system. The plan should be to improve first mile connectivity so that more coal can be moved in a shorter time from large mines.

Also, the locos and wagons belonging to Indian Railways should be up­gra­ded. New designs such as the electric freight locomotive WAG-12 can help manage more material, and re­duce the transit losses as well as un­loading time for better optimisation of infrastructure. These designs are al­ready in use in other countries. 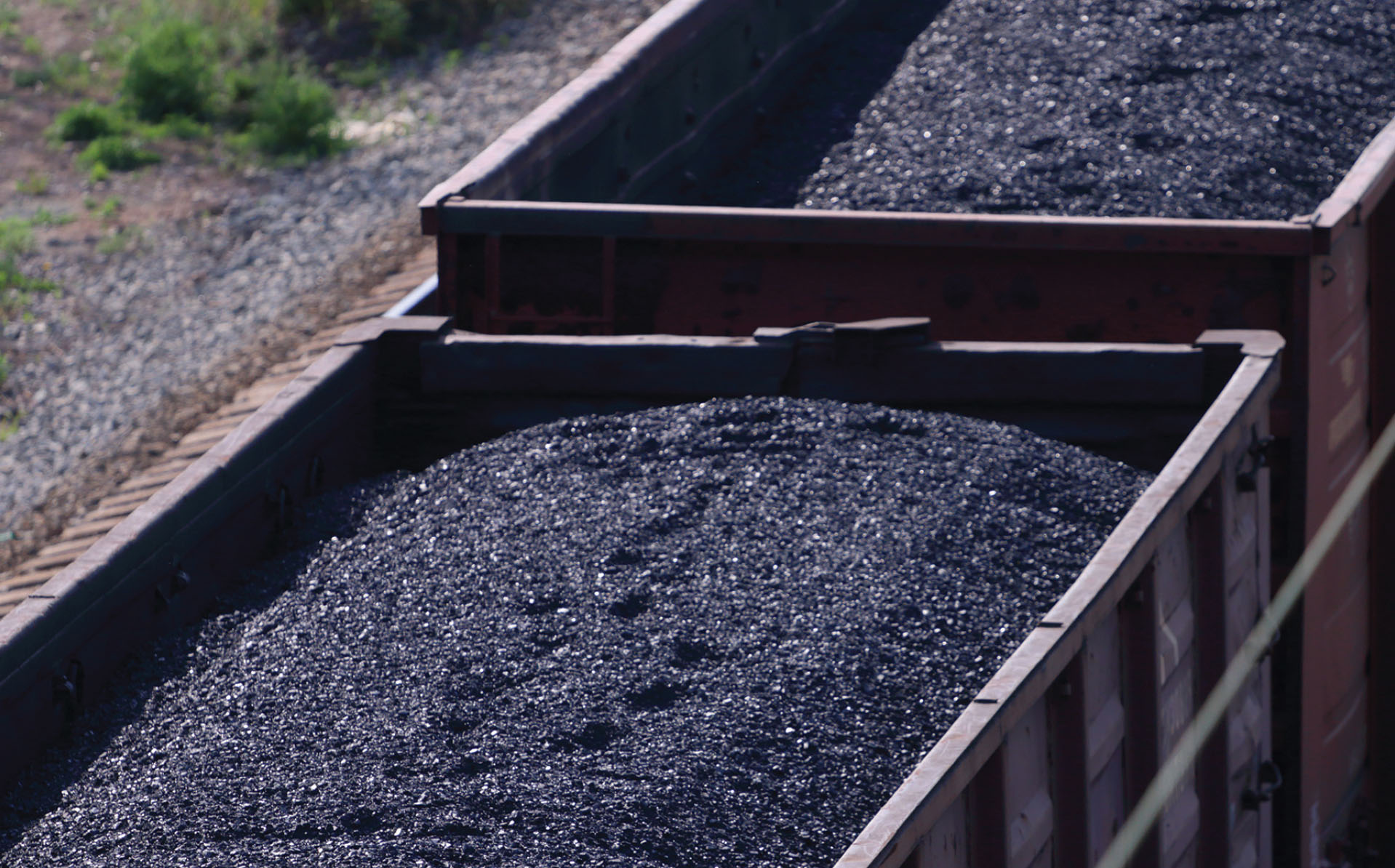 Power plants need to maintain their coal inventories responsibly based on the CEA norms, and regulators need to mo­nitor the inventory status of power pla­nts and provide the required suppo­rt. In case there is a coal shortage, gencos need to facilitate dialogue with discoms and other utilities for clarity on po­wer offtake in a timely manner. This will create better synchronisation am­ong stakeholders to manage the scheduling more reliably.

A high renewable energy mix is also ex­pected in the long term. Therefore, the spinning reserve needs to be increased in the country.

In order to improve coal supply and tra­nsportation efficiency, the rate of coal mining from domestic mines across the country should be increased and external coal dependency should be reduced. The resilience of the system needs to be improved by efficient and faster coal transportation through the development of dedicated railway passages. Ad­di­tionally, frequent reviews and as­se­ss­ment of coal allocations to individual power plants and their actual costing on a unit tonnage basis should be conducted. The scope of coal reallocation and re­routing needs to be explored ba­sed on the long-term coal demand from critical thermal power stations located away from their allocated coal mines and import dockyards.