Coal-based capacity is the largest contributor to power generation in India, with a share of 70.2 per cent as of 2021-22. This demonstrates a great reliance on coal, which is undergoing shortage issues. Another drawback of this is the emission of pollutants. While installation of emission control equipment is one way to deal with these challenges, the adoption of biomass co-firing is a key solution that is gaining traction. This is because the blending of biomass with coal promises to not only re­duce coal dependence in thermal power plants (TPPs) but also reduce carbon emissions. According to a recent update from the Ministry of Power (MoP), about 23 TPPs have adopted co-firing of biomass pellets, and approximately 66,000 metric tonnes (mt) of biomass has been co-fired till date. To encourage biomass co-firing, the government has been wor­king on various initiatives. Key amongst these is the 2022-23 budget policy anno­un­cement, which mandates  5-10 per cent biomass co-firing at TPPs.

A look at the status of biomass co-firing in India, policy initiatives to promote it, and issues and concerns…

Back in November 2017, the MoP had issued a policy regarding biomass utilisation for power generation through co-firing in coal-based power plants, wh­e­re­by all fluidised bed and pulverised coal units (coal-based TPPs) located in India were advised to use a 5-10 per cent blend of biomass pellets made, prima­rily, of agro-residue along with coal after assessing the technical feasibility and safety aspects. In order to further promote use of biomass pellets in coal-based TPPs, the MoP subsequently revi­sed the policy in October 2021 to make co-firing of suitable biomass pellets mandatory.

As per the revised policy, all TPPs are re­quired to use a 5 per cent blend of biomass pellets made, primarily, of agro-residue along with coal, with effect from one year of the date of issue of this guideline. The obligation shall increase to 7 per cent (except for TPPs with ball and tube mills, where the use of biomass will remain 5 per cent) with effect from two years after the date of issue of the order.

Generation utilities that have certain units under that are reserve shutdown or are not being despatched due to merit order despatch considerations, will have to increase the percentage of co-firing to 10 per cent in their other operating units/plants (5 per cent in plants with ball and tube mills). The minimum contract period for procurement of biomass pellets by generation utilities will be seven years so as to avoid delays in the award of contracts by generation companies every year, and also to build up a long-term supply chain. The revised policy will be in force for a period of 25 years or till the useful life of the power plant, whichever is earlier.

In February 2022, the MoP also notified guidelines for exemption/relaxation from mandatory co-firing of biomass by TPPs, to be considered on a case-to-case basis. Recently, the MoP issued a clarification stating that the revised policy is also applicable to circulating fluidised bed combustion boilers.

So far, about 23 TPPs have adopted co-firing of biomass pellets, and approxima­tely 66,000 metric tonnes (mt) of biomass has been co-fired till date. As per a review meeting on the status of biomass utilisation in TPPs under the SAMARTH sche­me, held in January 2022, tenders for 12 million mt (mmt) have been found to be at different stages of processing for short-term and long-term durations. Further, out of about 59,000 mt of biomass co-fired in TPPs till January 2022, the share of the NCR stood at 21,000 mt, with about 5.5 mmt of tenders floated in the region. Contracts have already been awarded for more than 1.1 mmt of biomass pellets. Mean­while, am­o­ng the state utilities, the Haryana state genco has been able to co-fire around 550 mt of biomass in two of its stations and has floated tenders for 1.1 mmt.

Meanwhile, in March 2022, the Commis­sion for Air Quality Management in NCR and Adjoining Areas convened a meeting to review the progress of biomass co-firing in 11 coal-based TPPs located within a 300 km radius of Delhi. Out of 11 TPPs, co-firing has begun in seven, wh­ile four are yet to start. A long-term tendering process has been initiated only by NTPC. As of March 15, 2022, the total biomass used in co-firing stood at 20,843 mt, while tenders have been awarded for 0.438 mmt, and tendering is in process for 3.834 mmt of biomass, at the 11 NCR TPPs.

Under its Blue Sky initiative, NTPC Li­mited is contributing to the reduction of greenhouse gas emissions by taking up the initiative to blend up to 10 per cent of biomass-based fuels with coal at coal-based stations. NTPC has become the first energy player in the country to

As per the review meeting on the status of biomass utilisation in TPPs held in January 2022, NTPC has emerged as the top biomass user, having co-fired about 58,000 mt of biomass, while tendering a total of 10.7 mmt on both short-term and long-term basis. 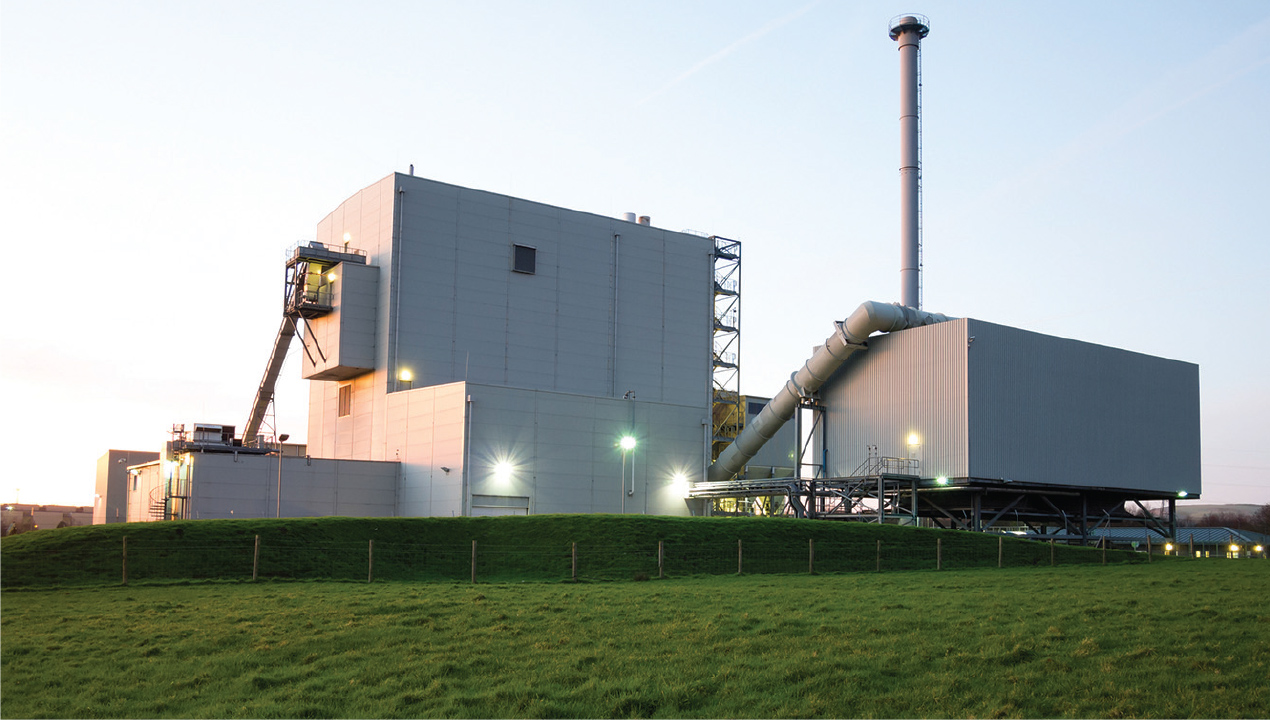 Challenges and the way ahead

There are some industry concerns re­gar­ding procurement, correct pricing and quality of biomass among the po­wer generation companies. Further, clarity on the regulatory mechanism of pass­through for open capacity is also needed, to manage the increase in costs due to biomass pellet co-firing. Ens­u­ring adequacy of stock has also been cited as a key concern with respect to ac­hieving the 5 per cent co-firing re­quirement (which increases to 7 per cent in the second year).

To address some of these concerns and expedite the utilisation of biomass, the MoP established a National Mission on Use of Biomass in TPPs in July 2021. A specialised subgroup has also been constituted under the mission to deal with research and development of boiler design and safety aspects for co-firing higher amounts of biomass. Through the mission, the government has been wo­rking on various steps such as issu­ance of long-term model contracts for procurement of biomass, model standard operating procedures for all gencos, preparation of a pellet manufacturer vendor da­ta­base, farmers’ awareness programmes and online capacity building program­mes, on-site programmes for farmers, development of a website as an interactive common platform for all the ­sta­ke­hol­ders, and enabling procurement of biomass pellets through the go­vernment e-marketplace (GeM) portal.

Net, net, biomass co-firing in TPPs holds significant promise for the sector, as it would help reduce the sector’s dependence on coal and lead to production of electricity from a resource (biomass) that was previously being wasted. Further, it will lead to income generation for farmers and job creation by pellet manufacturers, besides helping in preservation of soil culture, which would otherwise get destroyed in farm fires. Moreover, it will help reduce air pollution due to reduction in stubble burning and by helping meet green targets.