Effective implementation of already finalised regulations such as the Ancillary Services Regulations and the Deviation Settlement Mechanism (DSM) Regulations is one of the top priorities of the Central Electricity Regulatory Commission (CERC), says Arun Goyal, member, CERC. The commission aims to also finalise general network access (GNA) regulations at the earliest. In an interview with Power Line, he shares his views on the current state of the power sector, the recent and upcoming regulations, as well as the future outlook for the power sector. Excerpts…

What is your perspective on the current state of the power sector in the country?

We are witnessing growth in demand post-Covid-19 as economic activities are picking up. Of late, we have been seeing some supply constraints due to shortage of coal and geopolitical reasons. This has led to higher prices at the power exchan­ge. The commission recently intervened in the matter by imposing a price cap.

The distribution segment continues to be the weakest link in the power supply chain. The most important aspect here is to have cost-reflective tariffs, determi­ned in a fair and transparent manner.

The short-term power market has seen significant growth in the past two years. It has seen the introduction of a real-time market, a green term-ahead market and a green day-ahead market on the power exchanges.

Per capita consumption is still low and is about one-third of the world average. Meeting the growing power demand and ensuring 24×7 power supply is going to be a big challenge for the country.

What are some of the key regulations issued by the CERC over the past year?

In the past one year, the commission has finalised and notified the Power Market Regulations, the Ancillary Services Re­gu­la­tions and the DSM Regulations. The Po­wer Market Regulations provide a broad framework for the functioning of po­wer markets, with the objective of in­c­reasing competition and efficiency in the sector. The Ancillary Services Regu­la­ti­o­ns provide for introduction of market-based an­ci­llary services that would en­a­b­le a syst­em operator to procure te­rtia­ry reserves from the market. The DSM Regulations have delinked deviation charges from frequency, and imbalance charges have been proposed to be levied as per market-determined prices. The DSM and An­cillary Services Regula­tions will also help in expediting renewable en­ergy integration. Further, the draft GNA Regula­ti­ons have been issued, pro­posing major refo­rm in transmission op­en ac­c­ess by de­cou­pling transmission ac­ce­ss from co­m­m­ercial contracts and st­ream­lining the process for obtaining access to the interstate transmission system.

What are CERC’s plans to facilitate changes in the power sector in view of growing renewable energy penetration and the country’s net zero target by 2070?

Our prime minister, at the 26th Con­fe­rence of Parties in Glasgow, made a co­mmitment that India will be net zero by the year 2070. He also set the goal of fulfilling 50 per cent of the country’s energy requirements with renewable en­ergy by 2030. In the past few years, we have ma­de remarkable progress in pro­mo­ting re­newable energy. However, the intermittent and unreliable nature of solar insolation, the unpredictability of wind spe­e­ds and the decentralised nature of wind and solar energy sources pose a huge challenge for integrating such vast am­ounts of renewable energy into the grid. The introduction of the real-time market has enabled the buying/selling of power on an hourly basis to manage the variability of renewable energy al­most in real time. The introdu­ction of the green term-ahead and day-ahead markets at the exchanges will promote merchant renewable energy capa­city. The new DSM Regulations allow a wider band and lower penalty for renewable energy generators. The REC mechanism is proposed to be redesigned to allow renewable energy generators to sell power through both the renewable purchase obligation and REC routes, and to introduce the concept of multipliers to promote emerging renewable en­ergy technologies. The draft GNA Regulations also facilitate connectivity and access for renewable energy generators. The CERC is also in the process of com­pre­he­nsively overhauling the Indian Elec­tri­city Grid Code in order to facilitate fu­r­ther harmonious assimilation of higher shares of renewable energy into our grid, taking the economy, safety and reliability into consideration.

Open access was introduced to promote competition in the distribution segme­nt. However, due to several barriers at the state level, open access at the distribution level is yet to achieve the desired levels. There is a need to reduce transaction costs, ease procedures of access and bring down the cross-subsidisation charges being levied by the discoms. The CERC is working through the Forum of Regulators to reduce such barriers to open access.

How can the short-term power market be made more vibrant?

The short-term power markets can be made more vibrant by introducing products as per the needs of the stakeholders. The introduction of electricity derivatives will provide hedging opportuniti­es against market exposure. Suitable regulations at the state electricity regulatory commission level can enable local peer (prosumer)-to-peer (prosumer) energy trading on appropriate trading platforms. Effective implementation of a national open access registry will usher in transparency and efficiency in allocation of the transmission corridor. 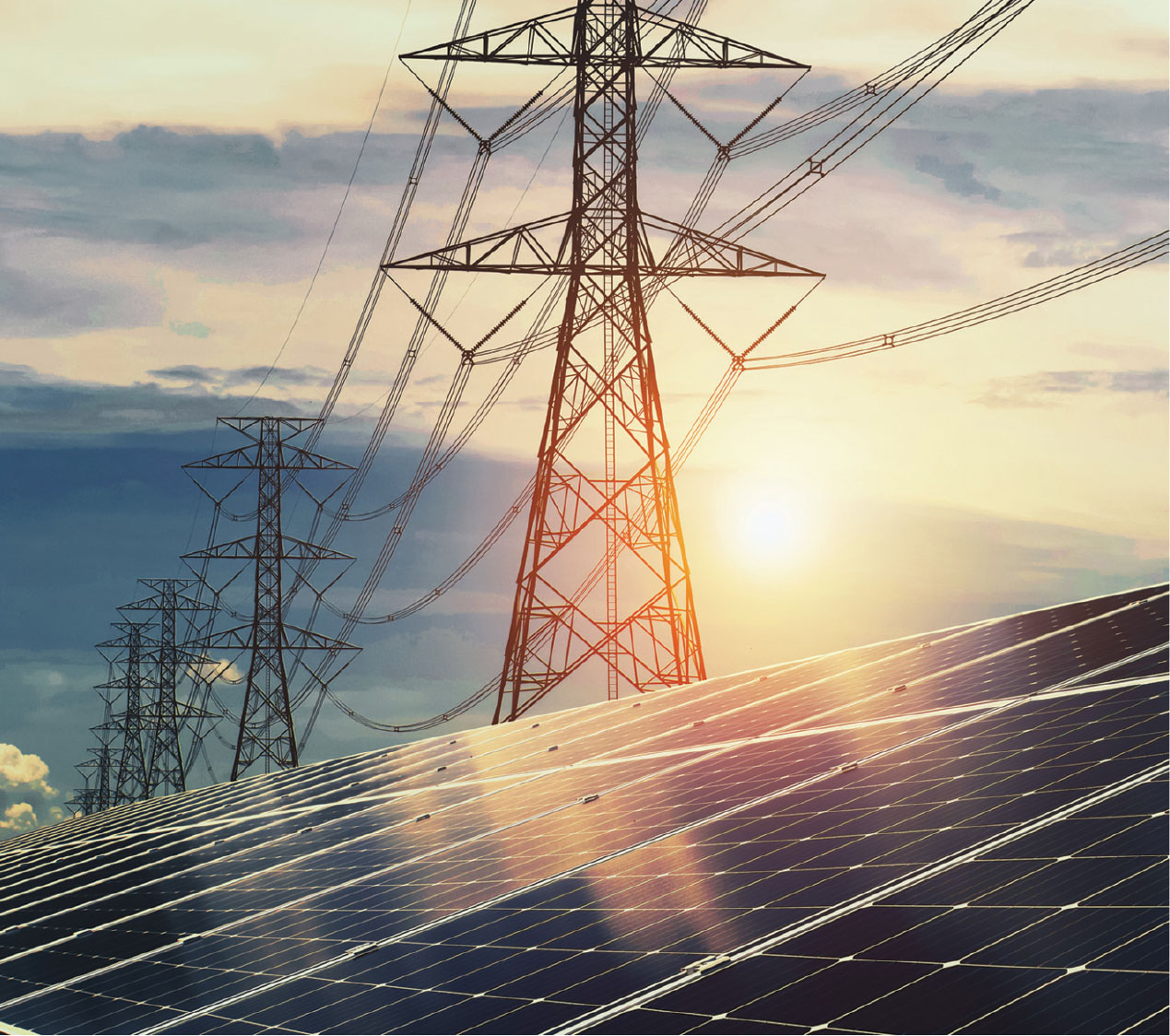 What are CERC’s top priorities for the next one or two years? What are the regulatory reforms on the anvil for the power sector?

We would like to see effective impleme­n­tation of already finalised regulations su­ch as the Ancillary Services Regula­tio­ns and the DSM Regulations. The commission is aiming to finalise the GNA Re­gulations, the REC Regulations and the Indian Electricity Grid Code at the earliest. With the increasing role of po­wer ma­r­kets and the introduction of new products, we would like to focus mo­re on market monitoring and surveillance. Drafting and finalising of the 2024-29 tariff regulations will also be a priority area.

What is your outlook for the power sector in the near to medium term?

India is one of the fastest growing eco­no­mies of the world. However, it is still a developing country with huge energy needs. Growth in the economy will lead to growth in energy demand. Given the policy and regulatory emphasis, renewable energy penetration will increase fur­ther. At present, most of these additi­ons happen through the power purchase agreement route. However, the in­tro­du­c­tion of new green products on the po­wer exchanges is likely to give a fillip to the addition of merchant capacity in the renewable energy space. Due to the large penetration of renewables, we are likely to see a lot of action in areas of combined hybrid systems and energy sto­rage technologies, particularly batte­ry storage systems and green hydrogen. In the years to come, consumers will play a larger role with demand res­pon­se as against the present scenario, where consumers are passively consuming energy. With emerging rooftop solar te­ch­nologies, consumers can become prosumers and play an active role in grid management. The power markets will get further strengthened and are likely to see the introduction of new products su­ch as non-transferable specific delivery contracts and electricity derivatives.