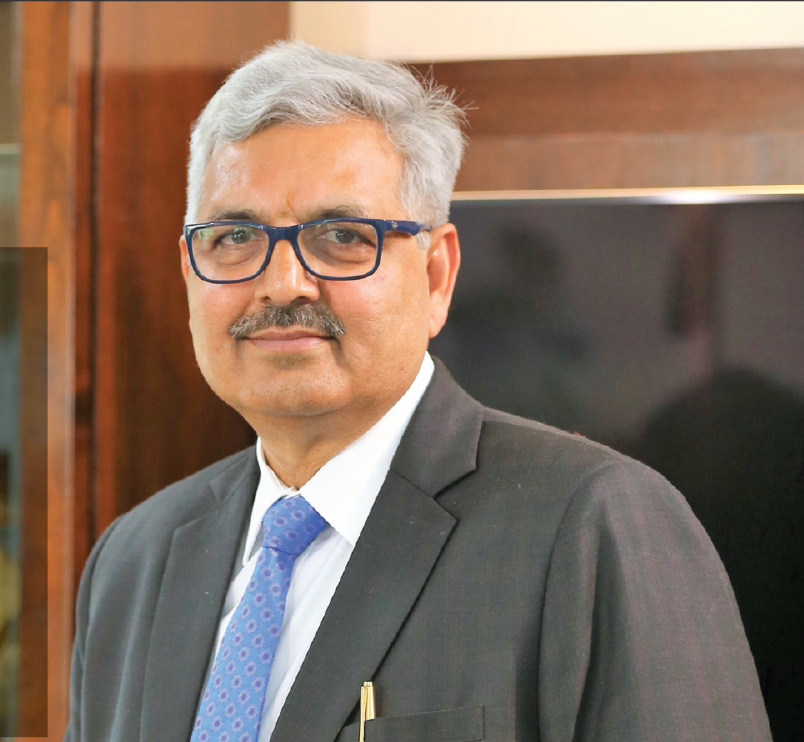 A stalwart of the hydropower sector, Abhay Kumar Singh has been a part of its growth story for over 37 years. He has played pivotal roles in the development of many hydroelectric projects (HEPs) including Tanakpur (120 MW), Dhauliganga (280 MW), Teesta Low Dam Stage IV (160 MW), Parbati Stage II (800 MW), Parbati Stage III (520 MW) and Ki­shanganga (330 MW), with responsibilities ranging from construction management of key project components to project head and regional head roles.

Singh is of the opinion that the hydro­power sector has not yet reached its potential and solar and wind power have stolen a march over hydropower. These renewable sources have become extre­me­ly popular. Singh believes that the logistical challenges are the biggest obs­tacles for hydropower as most of the hy­dro resources are in far-flung, remote and hilly areas of the country. “Streng­then­ing and developing the enabling infrastructure in these geographically cha­llenging areas takes considerable time and cost,” he says.

Apart from logistical, geological and technical challenges, there is reluctance on the part of discoms to sign long-term power purchase agreements for hydro­power due to the high tariffs, particularly in the initial years. The constrained fi­n­ancial situation of the distribution segment is a risk concern for developers and financiers. All these factors do not make hydropower the preferred choice of investors. This sentiment is manifested in the lower share of private invest­me­nts in hydro. The central government’s 50,000 MW initiative resulted in large-scale allotment of hydropower projects to the private sector but those projects could not take off. Thus, while the development of solar and wind power has taken off, hydro development is yet to witness the same growth.

So, what is the way forward for the sector? “There is no easy answer,” says Sin­gh. “We need to adopt a multiprong­ed st­ra­tegy, which would include easing the clearance process, providing long-term soft loans, and making the state governments active and willing partners. Deve­loping hydropower projects is a multidisciplinary and multi-authority enterprise where active and effective involvement of the state governments is of ut­mo­st importance. Making the state gov­e­rn­me­nts willing and proactive partners will go a long way in the sustained grow­th of the sector. This can be done throu­gh project-specific steering committees comprising officials from the central as well as state governments.”

Singh’s belief in the country’s hydropower potential and NHPC’s capabilities re­mains strong. While falling solar and wind power tariffs are posing a challen­ge to the hydropower sector, this is also a blessing in disguise, Singh believes. “The increasing capacity of intermittent solar and wind power results in the requirement of balancing power for which hy­dropower, especially pumped storage, is among the best solutions,” he notes. An­other good part about hydropower de­velopment is that these projects are la­bo­ur intensive. “With an average construction period of six years, considerable job creation takes place. Moreover, the skills learned can help make the fu­ture of the workforce secure and prosperous. Thus, hydel plants not only generate power but also create direct and indirect employment/entrepreneurial opportunities. If we all rise to the occasion, we can make hydro a platform through which most of the future capacity addition in the country takes place,” says Singh.

Singh is all praise for the central government, which introduced policy measures for promoting hydropower and addressed most of the issues facing the sector, as well as of Power Minister R.K. Singh, who has proactively supported the cause of the hydro sector. “We can’t thank him enough for the initiatives taken for the development of hydropower. Now, it is up to us, the developers, to pull up our socks and deliver to the best of our potential,” he says.

As CMD of NHPC, Singh has steered the company through the pandemic, and the organisation has seen sustained growth in the last two years. This is reflected in the allocation of 10 projects of over 21,000 MW across three states. Apart from this, the company has started construction of two projects of 620 MW, secured through bidding approved by the NCLT. Several state governments including those of Rajasthan, Odisha, Gujarat, Tripura, Kerala, Tamil Nadu and Tripura, have expressed interest in associating with NHPC for solar power/ pu­m­ped storage business. “I can say without any hesitation that NHPC’s biggest achievement in the last two years has been the increase in the level of confidence among various governments re­gar­ding the construction capabilities of NHPC. We have optimised our power generation and consequently our profits have maximised. The collection from the beneficiaries is at highest levels and our outstanding dues from beneficiaries are at the lowest levels,” claims Singh.

For the future, Singh has “a lot of priority areas for NHPC”, and the most important among them is “commissioning as many megawatts of power in the next five years as we did in the last 47 years”. This includes commissioning Subansiri Lower (2,000 MW) and Parbati II (800 MW), which have been under construction for almost 20 years and have been delayed due to various reasons. Now, th­e­re is good progress on both these projects. “I want to show to the country and the world that hydropower projects of up to 1,000 MW can be built in five to six years without major cost overruns.  We also intend to be a strong player in the solar segment,” says Singh. The necessa­ry framework for expansion in solar power has already been made through initiatives in Rajasthan, Odisha, Gujarat, Tripura, Kerala, Tamil Nadu, Tripura, etc. NHPC has also decided to enter the gr­een hydrogen business and its board has recently approved pilot projects in the union territory of Leh-Ladakh and the state of Himachal Pradesh. It will also be focusing on consolidating its pr­esence in the solar segment and accele­ra­ting project execution.

The outlook for the power sector seems bright, according to Singh. “I can say with­out hesitation that the power sector is going through a golden phase. With the continuing surge in solar power capacity and even more ambitious targets for the future, the growth of solar power will be exponential.” This expo­ne­ntial growth in solar power, an inter­mi­ttent source of po­wer, will increase the need for hydro­po­wer, which is es­sential to meet the balancing requirement of the grid. Thus, the role of hy­dropower, especially pumped storage, will gain even more importance in the years to come.

Singh is proud to be a part of the power sector, which contributes immensely to the growth and development of the country. “Electricity ushers in the grow­th of industry, overall welfare and impro­vement in the quality of life. Being a part of such a wonderful industry, which br­ings light where there is darkness, is the biggest reward,” he says.

While the construction of hydropower projects is a highly challenging and difficult task, the generation of clean and green power and the overall socio-eco­no­mic benefits brought by these proje­cts give him a lot of satisfaction. “Our projects are generally located in extre­me­ly remote areas and in most of the cases, we are the harbingers of development for the local community, and to see development in these areas is emotionally rewarding,” says Singh.

A civil engineer from the National In­stitute of Technology, Durgapur (formerly Regional Engineering College, Durga­pur), Singh started his professional journey in 1985, joining NHPC at the Tanak­pur HEP as a probationary executive. With a firm belief in the role of the entire team in delivering outcomes for the corporation through ownership, responsibility, competency, knowledge and a one-company mindset, Singh has the qualities of a collaborative leader. He is passionate about the development of hy­­dropower projects but is open to ad­vancements and diversification in the po­wer sector, including other renewables. “I am a firm believer of inculcating new technologies in scheduling, execution, monitoring and state-of-the-art eq­uipment for faster development of any project,” he adds.

Singh maintains a healthy work-life balance through skilful time management and prioritisation of tasks. He believes, “When you follow your passion, there is no imbalance in life. Hydropower development is my passion, and it drives me forward with full energy and vigour on a daily basis to meet all targets and goals set for NHPC.” He also strongly believes in maintaining physical fitness, which has a profound impact on one’s profe­s­si­o­­nal life. He practises yoga and me­ditati­on, and maintains that these are essential for overall physical and mental health.