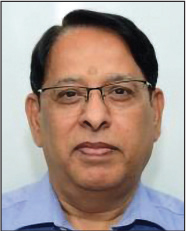 India is the second largest coal producer and fifth largest country in terms of coal deposits. Coal still continues to be the dominant source of electricity. As on May 31, 2022, thermal power gene­rati­on constituted about 52.3 per cent of the total installed capacity of the co­untry, ac­cording to the Ministry of Po­wer (MoP), followed by renewable energy at 28.1 per cent. Various papers by re­sear­ch institutions and the Central Electri­city Autho­rity (CEA) indicate that thermal power generation of about 34 per cent will remain a prime source of feeding power into the grid alongside rene­wable energy penetration to ensure safe and secure operation of the grid. This has also been seen in countries su­ch as France, Germany, Chi­na and the UK where conventional so­urce of electricity generation is being reconsidered as re­newable sources alone are not adequate to sustain the growing demands of the economy. This indicates that we have to live with coal-based thermal po­­wer generation and at the same time address environmental th­re­ats caused due to it. With the rapid pace of industrialisation, we must be highly vigilant in protecting the environment, keeping in mind that we cannot afford to underestimate the imperatives of development with power playing a dominant role in this. We must strike a balance bet­ween the gains accrued due to ther­m­al power generation and acceptable environmental impact.

Holding extreme positions either way will prove self-defeating. There has to be a trade-off between social gains and mi­nimal acceptable environmental im­pa­ct. Hence, judicious evaluation of so­cial cost and benefit ratio is called for. While regulatory agencies are trying to impro­ve pollution control facilities in power plants through various renovation and mo­dernisation (R&M) schem­es, this be­ing a highly capital-intensive activity, pra­gmatic approach is required while for­mulating and disseminating the im­ple­mentation of SO2 standards.

The government has focused on the reduction of emissions from coal-based thermal power plants in accordance with the Intended Nationally Deter­mi­ned Contributions (INDCs) submitted to the United Nations Framework Con­ve­ntion on Climate Change (UNFCCC). It has committed to curb emission in­te­n­sity of its economy by 30-35 per cent from the 2005 level by 2030. Accor­di­ngly, the Mi­nistry of Environment, For­est and Clima­te Change (MoEFCC) has issued notification no. S.O.3305(E) titl­ed Environ­men­tal (Protection) Amend­m­ent rules, 2015,” dated 07.12.2015, wi­th the objective of reducing emissions of particulate matter (PM), SO2, NOx and mercury by TPPs.

Due to the strict enforcement of emission re­gulations by pollution control bo­ards, the installation of flue gas de­sul­­phurisation (FGD) systems has be­come in­evi­table.

While appreciating the concern for environmental protection (SO2 control), attempt has been made in this article to highlight the financial issues that power plants are facing in the implementation of FGD units and the ways to reduce this impact with the help of additional funds and environmental subsidies from the government.

Why is FGD required?

Under the Paris Agreement (COP 21), India has committed to cut greenhouse gas (GHG) emissions intensity of its gross do­mestic product by 33-35 per cent by 2030; increase non-fossil fuel po­wer ca­pacity to 40 per cent by 2030 from 28 per cent in 2015 with the help of tra­nsfer of technology and low-cost international fi­nance; introduce new, more efficient and cleaner technologies in thermal po­wer generation; and create an additional carbon sink of 2.5 billion to 3 billion to­nnes of CO2 equivalent through additional forest and tree cover by 2030. The commitment has led to a significant shift in go­vernme­nt policies especially in the power sector, which is a key contributor to greenhouse gas (GHG) emissions in the country.

With the MoEFCC order, it has become compulsory to install FGD systems in existing and upcoming thermal po­w­er plants to curb SO2 emissions.

The following types of FGD technologies are available in the market:

FGD systems are very reliable and pro­ven commercial technologies are available with a by-product of saleable gypsum production in many cases. Gypsum can be used as a nutrient source for cro­ps; as a conditioner to improve soil phy­sical properties, and water infiltration and storage; to remediate sodic (high so­dium) soils; and to reduce nutrient and sediment movement to surface waters, among other uses.

FGD norms to be complied with by thermal power plants

FGD implementation in TPPs for control of SO2 emissions

FGD has gained pace with the MoEFCC notification and CPCB directions regar­­ding compulsory installation of FGD systems in the existing and up­coming thermal power plants to curb SO2 emissions.

Indian coal is high in ash but is low in sulphur (0.25 per cent to 0.5 per cent). This amount of sulphur in coal produces SO2 in the range of 1,500-2,000 mg/Nm3. How­­­ever, coal is also imported from In­donesia, South Africa and Australia for TPPs. This imported coal is high in sulphur while being low in ash.

Commitment of Rajasthan Vidyut Utpadan Nigam for a cleaner environment

RVUN has affirmed its commitment to the environment and to deal proactively with climate change issues by the efficient and optimum use of natural resour­ces and equipment, the adoption of latest technologies, minimising waste, maximum ash utilisation and ensuring a green belt all around the plant for maintaining ecological balance. The company has also adopted a comprehensive Corpora­te Environmental Policy (CEP).

RVUN continues to take adequate measures to control pollution and ensure atmospheric emissions within the prescribed limits of the Environment (Pro­te­ction) Act, 1986 at all its coal/lignite-bas­ed thermal power stations. The company is committed to implement the revised em­­ission norms notified by the MoEF&CC, by installing FGD units to cu­rb SO2 emissions. After assessing the feasibility, changes/modifications are re­qu­ir­ed to be carried out. Accordingly, a deta­il­ed project report is prepared with cost estimate for supply, erection, commissio­ning, schedule of engineering, procure­me­nt, etc., for the implementation of re­vised emission standards in existing and under-construction power plants.

Based on feasibility studies, wet limestone-based technology has been envisaged as the best option for control of SO2 emissions in RVUN thermal power plants. Although dry sorbent injection technology seemed cheapest for the KSTPS Kota, owing to older plant with spa­ce restrictions, based on life cycle cost analysis, provenness and po­tential impact on ESP, AHP and process by-pro­ducts, limited suppliers and lack of performance feedback from operating pl­an­ts, partial wet FGD with common ab­sorber was adopted.

In spite of the financial crunch being faced, the commitment and policies of RVUN remain strong in terms of contributing to cleaner power generation. Adhering to the policies, RVUN has re­cently placed orders for FGD installations in their TPPs located at SSCTPS Suratgarh (Units 7 and 8 – 2×660 MW), CSCTPP Chhabra (Units 5 and 6 – 2×660 MW), KaTPP Jhalawar (Units 1 and 2 –  2×600 MW) and KSTPS Kota (Unit 5 – 1×210 MW, Units 6 and 7 – 2×195 MW) and design engineering activities are already under way.

The capital cost of FGD systems is additional for all new or existing TPPs. As per the CEA circular dated February 21, 2019, the cost of installing an FGD system in a TPP entails an expenditure of Rs 3 million-Rs 4.5 million per MW de­pending upon the size of units. The in­dicative cost estimate is the “base cost” with new chimney and without GGH. It does not include taxes and du­ties, and the opportunity cost for interconnection. The base cost may further vary de­pending upon the number of units, ra­n­ge of SO2 removal, chimney layout and choice of corrosion protective lining in the chimney.

In view of directives issued by the government regarding import restrictions in July 2020, there was a substantial hike in the price of FGD systems. The CEA, vide its letter dated February 24, 2021, acknowledged that the increase in the project cost of an FGD system is due to a sudden hike in demand for FGD equipment, raw material cost inflation, limited local supplier base, shortage of in­di­genous manufacturing capacity and im­port restrictions. Utilities are facing difficulty in awarding the contract thus de­laying FGD installation. All the above fa­ctors contribute in making it a “critical buy” item, hence, alternative engineering substitutes and alternative supply ba­­se increase are the solution for cost co­ntrol which requires time extension. Al­so, cost impact due to Covid has added additional surcharges ranging up to 30 per cent as overheads.

As per latest trends, prices quoted by bidders for FGD equipment are escalating exorbitantly and are sometimes rigged. The price deviations observed are stagge­ring and call for an analysis by the CEA, to un­derstand the current market conditions and the impact of Covid on suppliers. As per information provided by the CEA to the MoP, the project cost for wet limestone-based FGD technology was Rs 3.9 million per MW initially but it has now reached nearly Rs 11.4 million per MW, which is 2.9 times the initial cost.