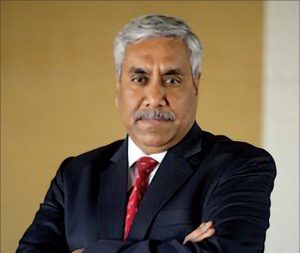 Shivanand Nimbargi, MD and CEO of Ayana Renewable Power, believes that India is well positioned to become a leader in renewables and emerging technologies, and achieve its net-zero goals. But for this, it needs conducive policies and regulations, investment in new technologies including R&D to drive innovation, and manpower training…

The measured manner, sharp sartorial style and salt-and-pepper look sit well on Shivanand Nimbargi. The MD and CEO of Ayana Renewable Power exudes a sense of confidence and conviction. A power sector veteran, he has a granular understanding of the industry he has worked in for over three decades. In fact, at first the scheduled 30-minute interview seems not nearly enough to cover the length and breadth of his experience. But he makes short work of it, getting straight to the point with succinct answers.

Taking a top-level view, Nimbargi says, “The sector is going through a challenging time. With the current global geopolitical situation, supply chains have been impacted. These issues have taken place sequentially and we are yet to recover from the challenges arising from the pa­n­demic and the Ukraine war, amongst other things. We also have issues arou­nd the outstanding payments from distribution companies, which continue to rise. We are waiting for the Electricity Act amendment to go through without mu­ch dilution so that the current financial burden on discoms on account of various subsidies, free power, etc. gets isola­ted from their balance sheets, to be ra­th­er covered in state budgets. This will help the discoms manage cash and pay their dues and bring them to the normal cycle of 30-45 days. Further, the provisions for a cross-subsidy balance fund and a mandatory payment security me­cha­nism will act as catalysts for improving the sectoral environment.”

Aside from this, demand creation needs to be aligned with the targets set, he no­tes. Unless and until demand creation happens, PPAs and bids are not going to fall in place, and that is automatically going to impact capacity addition. India also needs to accelerate the developme­nt of the transmission and distribution net­work to fully utilise its renewable en­ergy resources. Transmission lines and substations should come up ahead of the expansion of renewable capacity so that there is no lag between their res­pe­ctive paces of development.

Constant support from the MNRE and the honourable minster have helped the industry tide over macroeconomic challenges. Sustained dialogue has been ins­trumental to work together toward resolutions. Further, integrated planning (renewable generation and the transmission network including substations) is needed with the support of the Central Electricity Authority in coordination with Power Grid Corporation of India Limited so that we have a clearer road­map for the future.

India has set a target of 500 GW of rene­wable power by 2030, and Nimbargi is confident this goal can be realised – provided demand-side problems are add­ress­ed by aligning states to commit ca­pa­city addition in line with revised RPO targets.  The power ministry has, in fact, taken steps to enhance the wind and solar RPOs, and has introduced sto­rage obligations. These are critical for accelerating the penetration of rene­w­able energy. Given the intermittency of solar and wind, storage facilities at the desired substation will help in balancing the grid and moving towards net zero.

Nimbargi has some recommendations for addressing the sector’s challenges and decarbonising the economy. “We ne­ed to develop the transmission network, streamline rules for land acquisition in different states, make the app­ro­val-granting process time-bound and efficient,” he says. “It is equally important to increase domestic manufacturing capacity and invest in R&D to innovate and be a technology leader. The current policy restrictions with respect to approved module manufacturers and the duty structure need to be rationali­sed till domestic capacity comes up.”

But the first and most fundamental re­quirement is to reform distribution. “Gi­ven that discoms are the pillars of last-mile connectivity, their financial stability is crucial for the sustainability and ro­bustness of the entire power system,” he notes. Second, the net-zero tar­g­et is not only about generating power from rene­wable sources 24×7; it is also about generating other forms of green energy (such as green ammonia and green hy­drogen) used in sectors such as fertilisers and steel.

The solar side of the renewable energy sector has grown tremendously because of the evolution of the supply chain on the cost side, not domestically but internationally. The initial tariffs when bidding started were Rs 16-Rs 17 per kWh; today, 10 to 12 years later, they are below Rs 3 per kWh. This means that the technology has evolved and production volumes have increased. A similar cost and technology trajectory is needed for other energy sources, Nimbargi believes. India needs to set up innovation centres, build strong technical capabilities, invest seed capital, accelerate technology absorption, and develop R&D centres for storage. “India needs to rapidly develop and scale up alternative forms of battery or other storage technologies such as gravitational force technologies, and pumped storage hydro projects,” says Nimbargi.

Giving the larger perspective, he says, “India needs institutional changes and policy reforms to meet its targets. The entire economy needs to move towards meeting the complete net-zero requirements rather than towards just achieving another 500 GW in the following deca­des.” To become a leader in renewa­b­les and emerging technologies, India needs to build wind turbines, solar modules, solar panels, etc. on a massive sca­le. The government nee­ds to promote investment via PLI schemes, especially for offshore turbines and storage technologies so that their manufacturing can be scaled to become competitive.

Nimbargi has had an interesting and eventful professional journey. His car­eer path attests to his considerable ex­pe­rience in infrastructure development and contribution to the power sector. He worked for Babcock & Wilcox, ABB ABL, GEC Alsthom and Alstom (all the previous entities were a part of Alstom), etc, across different departments inclu­ding erection, commissioning, sales, pro­cu­re­ment, quality, project management and business management. He was ins­trumental in setting up new bu­siness uni­ts in India for steam and gas turbi­n­es, HRSG and coal mills, and tur­ning ar­ound the utility boiler business. He has also served on the board of NTPC Als­tom Services Limited. In 2011, Nim­bargi moved away from conventi­onal energy to set up a renewable energy company, Green Infra, for IDFC Pri­va­te Equity Company. It was a successful venture both commercially and te­ch­nology-wise. “We scaled up the ins­tall­ed capacity to around 700 MW and exited it successfully. It was acquired by Semb­corp,” he says.

About five years later, he shifted gears and joined L&T Metro Rail (Hydera­bad) Limited as MD and CEO. He contri­buted significantly to the cons­truc­tion and starting of operations of Hydera­bad Metro. This was one of the biggest PPP projects in the world. Des­pite several challenges in the first couple of years, which delayed project execution, the company was able to commission 30 km of the metro in a single stretch unlike the typical 8-10 km for metro lines. Nimbargi found the experience of being able to contribute to urban transportation for the city of Hyderabad very satisfying, both personally and professionally.

In 2018, UK development finance institution CDC Infrastructure invited Nim­bargi to head Ayana Renewable Power, its renewable energy venture in India, in which it invested an initial capital of $100 million. Currently, Ayana Renew­able Power has  a portfolio of 3.7 GW. Nim­­bargi’s top priorities for Ayana Re­newable Power are to increase its portfolio to 10 GW by 2025 and to augment round-the-clock (RTC) capacity. “Scal­ing RTC renewable energy will help ac­celerate the pace of energy transition in India,” he says. Ayana intends to ac­hie­ve this goal at the lowest possible cost so as to maintain affordability and facilitate accelerated adoption. Its other ar­eas of focus are green hydrogen and green ammonia.

Ayana also supports and contributes to the communities where it is present by setting up skill training centres and providing employment opportunities to the local population to help them lead a sustainable life. The centre in Anantapur, Andhra Pradesh, has trained 180-200 people. The company has also set up a per­manent skill training centre in Raj­asthan where around 200 people have been trained and around 150 people have been able to get employment. It is also setting up a skilling centre in a remote area of Hubli in Karnataka that will train people in the digital space.

As for the person behind the professional, Nimbargi belongs to Karnataka but has lived, studied and worked across the country. He is an engineer married to an engineer. He studied mechanical engineering at the PDA College of Engi­ne­ering, Gulbarga, Karnataka, and has done Advanced Management Program from INSEAD. His wife chose to be a stay-at-home mom and raise their children. Their son now works in the US while their daughter is still pursuing her studies. Nimbargi believes that life is about setting priorities. “There are times in life when work needs your presence and requires you to give it your fullest. At other times, it could be your personal life that calls for attention.” Downtime for Nimbargi is about spending time on the golfing greens. “Golf allows me to unwind, meet friends, and enjoy open spaces and fresh air.” And, of course, Ben­galuru’s salubrious weather makes it all that much better.