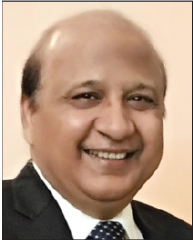 India’s urban population currently accounts for around 35 per cent of its total population and this percentage is expected to grow to over 58 per cent by 2050. Urban areas contribute an outsized share to the nation’s GDP. Th­er­e is a strong positive correlation bet­ween the development index and GDP of a co­untry and its urban population percentage. There is also a unidirecti­onal causality between electricity con­su­m­ption and economic growth. The­re­­fore, ra­pid urbanisation will also tra­ns­late in­to increased per capita consu­mption of electricity.

However, electricity consumption is determined by a complex mix of variables. Certain factors that provide a fillip to electricity consumption are inc­re­a­se in per capita GDP; major infrastructural developments such as new airports, mass rapid transport services su­ch as me­t­ros, railway stations and smart city initiatives; and city improvement projects such as the redevelopment of existing buildings into skyscra­pers and extension of suburbia, mainly due to an inc­rease in urbanisation.

How­ever, there are some factors that re­duce electricity consumption such as improvement in the energy efficiency of appliances, and reduction of aggregate technical and commercial losses due to improved transmi­ssion and distribution networks and better surveillance. There are also factors that contri­bute in meaningful, qu­an­tifiable ways but have their own uni­que variance in trends such as weather, political factors such as elections, and economic factors such as the weak fin­ancial position of dis­coms, leading to forced unmet demand and lower capacity to invest in loss reduction efforts.

As urban areas are expanding rapidly, smart energy management (SEM) is em­­erging as an important area of focus. Energy management has become an integral com­ponent of urban transformation. The Smart Cities Mission was launched by the government in 2015 to help resol­ve the governance and infrastructural challenges arising from rapid urbanisation and to ensure and impro­ve citizens’ quality of life. It leverages in­­­ter­net of th­ings (IoT), renewable en­er­gy and other technologies to make cities and service infrastructure (inclu­ding electricity) sustainable in the long term, in a cost-effective and resource efficient manner.

Urban planning can no longer be done in isolation due to the strong link bet­ween other urban necessities with energy. Smart urban planning has to be blen­ded with smart energy generation and management technologies. Integra­ted pl­an­ning of energy infrastructure has to be carried out along with all other ame­nities. These include distributed ge­neration and storage, peak load shaving and other demand-side management measures, waste recycling and waste-to-energy initiatives, e-vehicle and mass mobility with mobility-as-a-service, sa­fe­ty and security measures such as street lights and CCTV cameras, wa­ter, sanitation including sewage, buildings with energy neutrality (at least partially), disaster management, air quality improvements, optimum utilisation of available and prospective natural reso­ur­ces, e-go­vernance and delivery of all public ser­vices in an efficient manner, and en­ergy-efficient health and entertainment infrastructure.

The Indian power sector is highly complex with both the central and state governments being responsible for its development. Any successful develop­me­nt of infrastructure (generation plan­ts, transmission or distribution lines) requires a buy-in from various stakehol­ders of the central and state governments. Many power generation and distribution companies are currently facing severe financial stress due to sector-wi­de challenges beyond their control. With power sector legislations continuing to evolve (such as amendments to the Electricity Act, 2003), the role of many stakeholders is ex­pected to change, leading to simplification in the process of generation, tra­nsmission, distribution and consumption of electricity.

Adding another dimension is the fact that most urban functions such as town and building planning, and sewage and was­te management come under local bodies, many of which are themselves elected bodies. Thus, the problem of align­me­nt of various agencies becomes that much more complex.

India lacks long-term and consistent SEM plans and policies. Despite, or perhaps because of, overlapping policies and complex urban governance arran­g­e­­ments, SEM governance in India re­ma­ins fragmented and lacks political commitment and support.

In our opinion, there are six focus areas where policymakers and decision-makers need to take the following actions:

Such a focused approach must result in:

At the micro level, we have the following recommendations:

Urban planning and energy planning being two separate entities should be­come a thing of the past. We put forward suggestions for organisations carrying out urban planning and energy plann­ing, more specifically electricity plann­ing at different levels, to enable us to move towards a sustainable energy future with maximum efficiency and speed. The seamless integration of the two, ur­ban and energy planning, needs to be seen as a necessity and, therefore, it is pa­ramount to recognise this shift now and act upon it.

Drivers of urban planning and energy planning, and their impact

Some of the important drivers for urban planning and energy (in particular, electricity) planning as well as their future trends are investigated in this section.

Space constraints due to urbanisation: No megacity is immune to the global ph­enomenon of urbanisation. High-rises taller than ever before are being built in these megacities.

Ageing infrastructure: A direct reflection of the high rate of urbanisation is the higher load density for new constr­uc­tion and the resultant strain on water, sewage and energy (electricity, gas) in­fra­structure.

Climate change and GHG reduction: Per­haps one of the most critical issues facing the world today is climate change and its impact on both the natural and built environments (city infrastructure). Extreme weather-related events of the past decade or so attest to the seriousness of the issue and its repercussions on sewage systems, grids and tra­n­s­por­tation, etc. Under the auspices of the Kyo­to Protocol, many jurisdictions of the world, including India, have es­tab­lished definite emission targets, whi­ch they are endeavouring to meet.

Technology: Technological developments continue at an astounding pace. In fact, the pace is so fast that the affected industries are having a difficult time coping with it. In the power sector, the growth in technology is on all fronts, affecting all players: customers, electricity generators, transmitters and distributors. While concerns exist with respect to the reliability of new technologies be­cause of a lack of performance history, the benefits of new technologies cannot be overlooked. For example, through the use of new technologies, electricity distributors can, among other things, im­pro­ve reliability, asset utilisation levels and efficiency, as well as maximise the in­tegration of renewables in the grid. Meanwhile, electricity consumers can better manage their electrical bills throu­gh load control and can be a partner in effecting solutions to grid problems. The emerging technology of energy storage, which can be utilised by electricity distributors and consumers alike for a multitude of benefits, is seen as a game-ch­an­ger in the electrical utility industry.

Public choice and participation: A key shift in urban development planning and urban energy planning has been fr­om expert-driven activities to those that allow far greater public engagement and participation. Public engagement and partnerships are, thus seen as a cornerstone in novel planning approac­hes, which can empower communities and result in more options to choose fr­om, greater public acceptance of the op­tion chosen, as well as better overall de­sign of urban projects.

Considering the complex nature of the socio-political issues involved with various Indian urban planning bodies and the broad resistance to change, an integrated approach to urban planning see­ms to be quite some distance away. To speed up the process, our recommendations are as follows:

It has been seen that organisations such as NITI Aayog have crystallised the initiatives to be taken behind the vision of the Government of India. The structure discussed above will ensure that the synergies between energy efficiency, renewa­ble energy and other focus areas are identified at a national level by the facilitating office and then drilled down to the state level by the functional offices. This will also engender cooperation between various functional offices through the various joint coordination efforts promoted by the facilitating office and lead to a cross-pollination of initiatives, and pro­cess/system innovations. This will lead to optimally low transition costs in the implementation of various initiatives and improved benefits, which are practical and aligned with each state’s typical socio-economic structure.

To sum up, urban planning and smart energy infrastructure planning must be sustainable and renewable energy-led, make India energy independent, and ha­ve co­mplementary knock-on effects in other infrastructural bedrocks such as water, sanitation, housing and trans­portati­on/mobility. Further, it should be resil­ient in the face of natural disasters by being distributed, and digitalis­ed to ensure pervasive access to affordable, reliable, quality electricity; and must ensure energy efficiency through IoT and regulation. It sh­ou­ld also involve citizens with a free flow of information including data collection, processing and sharing in a trans­parent manner. There must be investment in emerging technologies and technology partners keeping an eye on available resources. For example, India’s vast coal reserves will be ren­dered useless unless clean techno­logies such as integrated coal gasification are made viable. Lastly, there is a need to develop and monitor the business case for smart technologies.

One of the most appealing aspects of urban smart energy, at least from a consumer perspective, is the possibility of breaking the hegemony of a centralised distribution system and making power more local. It’s a challenge to the traditional utility structure, certainly, but microgrid projects offer a glimpse into how local, distributed energy infrastructure can improve system resilience.

We have seen that energy distribution is far more efficient in cities that have been handed over to private players. However, for a variety of reasons, privatisation of urban electricity distribution has not gathered pace.

The next best alternative is to vest the power distribution function of discoms to ULBs (and discoms can provide them bulk power at the periphery of the mu­nicipality till such time as ULBs develop competencies to procure power on their own). This will strengthen the ULBs and allow them to share metering, billing and collection infrastructure with other services such as water and sewerage. Besides, municipal councillors are more approachable for people and, therefore, it will strengthen the grievance redressal mechanism.