The past year saw several leadership changes in both public and private sector power companies. At the central level, new heads were appoin­ted for the Central Electricity Authority (CEA) and Power System Operation Corporation Limited (POSOCO). Two PSUs – REC Limited and NHPC Limited – had a top-level management change. Energy Efficiency Services Limited (EESL), and PTC India Limited also saw the appointment of new heads. In the private sector, there were leadership changes in seve­ral clean energy businesses including Vikram Solar, Azure Power and Serentica Renewables. A look at the key movements in the power sector over the past year… 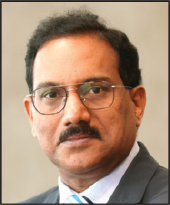 Vivek Kumar Dewangan as­s­umed charge as chairman and managing director (CMD) of REC Limited in May 2022. He is also the ex-officio chairman of REC’s wholly-owned subsidiary, REC Po­wer Development and Consultancy Li­mi­ted. Before his appointment at REC, he was serving as additional secretary in the Ministry of Power (MoP).

In the past, he has held various ad­mi­nistrative positions in areas such as finance; power and energy; petroleum and natural gas; elections, law and justice; commerce and industries; and offi­ces of various ministries (corporate affa­irs, agriculture, and food processing in­dus­tries); and district administration (Surguja and Raipur districts of Chha­tti­s­garh, and Senapati district in Manipur).

“REC is a corporation of national im­­portance. It has always been and shall continue to be the government’s biggest partner in achieving India’s national and international goals. On the business fr­­­ont, there is a need to diversify further into green and sustainable technologies, as well as newer geographies,” Dewan­gan stated in his joining address.

A 1993 batch IAS officer of the Mani­pur cadre, Dewangan has a bachelor of engineering degree in electronics from NIT, Bhopal, and a postgraduate degree in optoelectronics and optical communication from IIT Delhi. 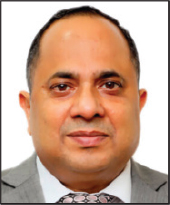 Ghanshyam Prasad took charge as chairperson and ex-officio secretary to the Government of India, CEA, MoP, in July 2022. He is also a director on the board of the Nuclear Power Cor­po­ra­tion of India Limited in an ex-officio capacity, and an ex-officio member  of the Central Electricity Regulatory Com­­mission.

Prasad has worked for 30 years in the power sector and for three years at the Bokaro Steel Plant, SAIL. In the power sector, he has worked and contributed to various areas including renewable en­ergy, transmission, distribution, generation, power market development/trading of power, and reforms and restructu­ring. Prior to his current role, he held the post of joint secretary in the MoP. He has served in the MoP for around nine years in various capacities.

“We need to now ensure quality 24×7 electricity for consumers. While we have been able to provide electricity to each and every household, quality still remai­ns the key concern,” Prasad remarked at a recent industry event.

Prasad was a part of the Central Po­w­er Engineering Services batch of 1989. He has a B.Tech degree in electrical en­gineering from IIT (BHU) Vara­na­­si. He also has an M.Tech in energy and environment management from IIT Delhi and an MBA in finance from IGNOU, Delhi. 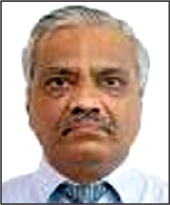 Chaubey is a civil engineering graduate from IIT Kharagpur. He joined NHPC in 1985 as a probationary executive (civil) at the 540 MW Chamera Hydro­electric Project (HEP) (now Chamera-I Power Station), Himachal Pradesh. He has been working for over 37 years ac­ross various departments such as contracts, design, and engineering and construction projects for NHPC in various capacities. For over 25 years of his ca­reer, he has worked in the design and en­gineering division in various capacities, as well as in planning and layout en­gi­neering for prefeasibility reports/ fea­sibility reports/detailed project re­po­r­ts, and construction stage design of hy­droelectric/river valley projects. Cha­u­­bey has worked on the construction of two key NHPC projects – the 540 MW Cha­mera-I HEP in Himachal Pradesh (executed in collaboration with Canada’s SNC/ACRES) and the 480 MW Uri HEP in Jammu & Kashmir (executed on a turnkey basis by Uri Civil, a Swedish consortium). 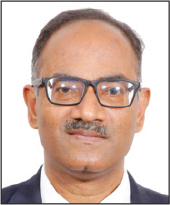 Narasimhan has over three decades of experience in power system operation, having worked with the CEA, Power Grid Corporation of India (Powergrid) and POSOCO after an initial stint with BHEL. After a 23-year tenure at the Nor­thern Regional Load Despatch Centre and the Western Regional Load Despa­t­ch Centre, he joined the National Load De­spatch Centre (NLDC) in July 2011 and was later elevated to executive di­re­ctor (NLDC). He has extensive experience in the interconnection of regional grids to create a synchronous all-India electricity grid. He has handled all facets of power system operation, and has also implemented several electricity market reforms such as availability-based tariff, interstate open access and day-ahead markets at the power exchange.

“With positive and strong indicators on the economic front, electricity de­ma­nd is likely to go upwards. This is coupled with the ever increasing penetration of renewables. In such scenarios, re­so­urce adequacy in all time horizons be­comes crucial,” stated Narasim­han at POSOCO’s 13th Annual General Meeting.

He has a bachelor’s degree in electrical engineering and an MBA in finance. 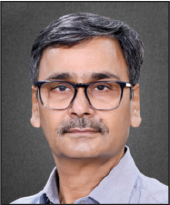 In October 2021, Arun Ku­mar Mishra was appointed chief executive officer (CEO) on deputation of EESL. In this role, he is responsible for EESL’s operations across the country. He has also be­en a di­rector of the National Smart Grid Mi­ssion (NSGM) since 2017.

Mishra has over three decades of experience in the energy sector and has worked with organisations such as NTPC Limited and Powergrid. He has served in varied roles such as director, NSGM, project management unit; and vice chair, International Smart Grid Action Network. He holds a BSc in electrical engineering from the National Institute of Technology, Kurukshetra, and an advanced diploma in management from Indira Gandhi National Open University.

“It is an honour to be a part of the world’s largest public energy service co­mpany. The Government of India has acknowledged the potential of renewable energy and energy efficiency as the key pillars of national climate change strategies. I look forward to consolidating EESL’s leadership position in susta­inable energy transformation,” stated Mishra on his appointment. 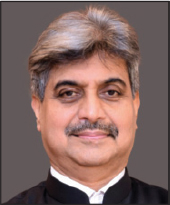 Mishra has 30 years of experience in the power sector, across Powergrid, NTPC and PTC India. He joined the PTC board on February 24, 2015 as director (marketing and business development). Prior to this, he had worked as executive director of PTC since October 2011 and was responsible for operations, busine­ss development, retail and advisory services. Before joining PTC, he was ge­n­e­ral manager (CMG) at Powergrid, and al­so worked as project manager for su­per­visory control and data acquisi­ti­on/ energy management system projects at Powergrid’s regional load des­pat­ch ce­ntre for seven years.

In a recent interview with Power Line, Mishra remarked, “PTC is currently morphing itself from being predominantly an electricity trader to a total sol­utions provider in the electricity value chain, with an expanded definition to include battery energy storage systems and green hydrogen. We believe that trading as we know it will also undergo a change, with PTC assuming market risks and taking positions.”

Mishra has a Ph.D in business ad­mi­nistration from Aligarh Muslim Uni­versity and was accorded visiting scholar status by the University of Texas, Austin in 2008 for his post-doctoral research. He did his graduation in electrical engineering from NIT Durgapur and his post-graduation from the Norwegian Uni­ver­sity of Science and Technology under a Norwegian Agency for Development Co­operation fellowship. 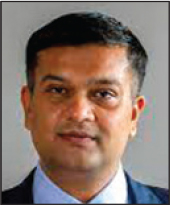 In August 2022, Varun Me­hta was appointed director on the board of Torrent Power.

He has worked across different business segme­nts of the company – rene­wables, thermal generation and distribution. He started his career in the re­newables business, whe­re he made an im­portant contribution in formulating the entry strategy of the group in the area of renewable energy, and setting up the initial set of renewable energy pro­­jects. La­ter, when he moved to the thermal generation business, he spear­hea­ded a stra­tegic initiative for importing liquefied na­tural gas directly from international markets, making Torrent Power the first Indian power company to successfully do so. This initiative led to significant be­nefits for the company in terms of revenue en­hancement and cost savings. Currently, he heads the dis­tribution lice­nce (Ah­me­­dabad, Gan­dh­i­nagar, Surat, Diu, Da­man, Dadra, Na­g­ar Haveli, Dahej and Dholera), tra­nsmission and cables businesses. Some of his key contributions have be­en the takeover of operati­ons at Diu, Daman, Dadra, Nagar Ha­ve­li, Dhol­era and Man­dal Bechraji, and re­ducing AT&C losses. His efforts in the area of operational ex­cellence led to To­rrent Po­wer becoming one of only five companies in the wo­rld to be simultaneously awarded the prestigious Sword of Honour and Glo­be of Honour from the British Safety Council in 2021.

He holds a bachelor’s degree in ma­nag­ement from the University of War­wick, UK, and an MBA from INSEAD, France. 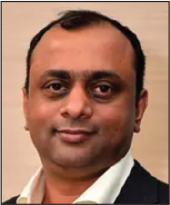 Vignesh Nandakumar has be­en appointed CEO of Se­rentica Renewables, whi­­­ch is 100 per cent owned by Twinstar Ove­r­seas Limited. Launched in Septem­ber 2022, the company will focus on providing round-the-clock carbon-free po­wer to large consumers of energy in India.

Besides this, he has served as a partner with the impact-fo­cused fund Ligh­trock, where he led in­vestments in sustainability-focused bu­sinesses and was a board member wi­th businesses in the fields of commercial and industrial renewable energy, elec­tric vehicles and mobility.

Nandakumar has a B.Tech from IIT Madras, an MS from Washington Uni­ver­sity and an MBA from the Indian School of Business. 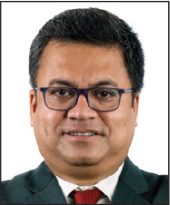 In July 2022, Ivan Saha took charge as CEO of Vikram So­­lar, succeeding Saibaba Vu­tukuri. Prior to this, Saha was chief technology officer (CTO) at Re­New Power Pri­vate Limited. He has ex­pe­rience in technology and operations ro­les across organisations such as IIT Kan­­pur, the Indian Space Research Or­ganisation and Moser Baer Photo Voltaic Limited. He also worked at Vikram Solar between 2013 and 2020 as president and CTO.

Saha has a bachelor’s degree in science (ceramic technology) from the Uni­versity of Calcutta, and a master’s in technology (materials science) from IIT Kanpur. 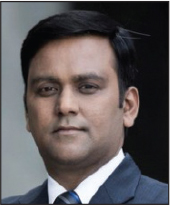 In September 2022, Rupe­sh Agarwal took over as acting CEO at Azure Power. He joined Azure in August 2022 as chief strategy and commercial offi­cer. “I am delighted to join Team Az­ure at such an exciting time in India’s net-zero journey. Azure has the potential to be a market leader in energy tra­nsition, and I am privileged to have the opportunity to work with the team and shareholders,” stated Agarwal on his appointment.

He has over two decades of leadership experience in asset development and strategy consulting. He has been ad­vising leading utilities and private eq­uity investors on developing and managing their cleantech investments. Prior to Az­ure Power, he held leadership positions at Convergence Energy Ser­vi­ces Li­mi­ted, Lightsource India, Binder Dij­ker Ot­te, and Ernst & Young. He was also the founder of AEM Energi & Mot­um, a zero-emission electric mobility company whi­ch pioneered India’s first public electric bus trials under a wet lease model for urban utilities.

Rupesh has an MBA from the Mac­quarie Graduate School of Management, Aus­tralia and a bachelor’s degree in me­chanical engineering from the R.V. Coll­ege of Engineering, Bangalore Uni­ver­sity, India.