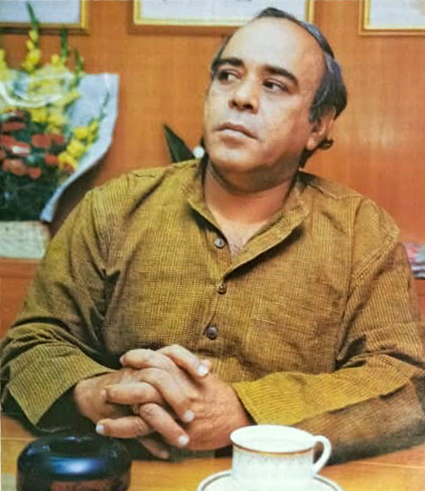 P.R. Kumaramangalam represented the young, articulate, reformist face of Indian politics. During two consecutive terms as union minister of power, he worked tirelessly to implement sector reforms, push legislation through Parliament, and get private power projects off the ground. His untimely death at the age of 48 was indeed a great loss to the country and to the power sector.

What are the immediate priorities before you? Do you have any milestones or targets for the next six months?

We have prepared a list of goals for the next 100 days. It is a detailed list. The targets include addition of 1,500 MW over this period. We also want to complete securitisation of SEB dues which will clean up the books of the boards and at the same time provide liquidity to the central units.

We have also established project-specific milestones for both private and public sector projects. The Crisis Resolution Group is expected to meet on October 21 to discuss almost a dozen private sector projects and resolve the remaining issues. We also want to sort out the problems and issues related to the exposure limits of financial institutions.

There are also nine transmission projects for which we hope to finalise investment proposals.And importantly, we hope to get the sector Y2K compliant by October 31. We will then get some independent audits conducted to confirm compliance before year-end.

What about the mega projects? RBI is objecting to the tripartite agreement. Can it still work?

The problem is that the amount of money that is available to us from the devolution funds afterproviding for what is called the compulsory accounts is very low in some states. These states willnot have the right to purchase power until they can provide alternative security mechanisms likeescrows. RBI is justified in saying that, unlike a counterguarantee, the tripartite agreement maynot be the right legal documentation. A bipartite agreement may be legally more appropriate.Perhaps there could be two bipartite agreements, one between the states and RBI and the secondbetween PTC and RBI.

When can we expect the first set of awards for the mega projects?

Do any of your goals address the establishment of regulatory commissions?

Is that for the states?

Are your immediate goals related to the centre (the power ministry)?

Fortunately,yes. On SEB reforms, we do have a few goals but we are not going to announce them publicly. We have two sets of targets – internal as well as external. The first one is what we want to achieve. Thesecond, external list, is of goals definitely achievable.

How do you propose to deal with your ally, Om Prakash Chautala, who has been op­ posing the reforms in Haryana?

I don’t think there will be any problem. If he does not adhere to the programme, he may not have any money. That is not my problem. Reform is never to be influenced. It is to be felt. He has to understand and feel the need for it. I know him to be a pretty smart administrator so I don’t expect him not to realise what he has to do. It is one thing to say something in the opposition, it is another thing to try and do it in the government.

What are the lessons that we can learn from the results of the latest elections?

I think Andhra Pradesh has proved that reform does not hurt if you carry it out properly. In Haryana, the issue was not reform of the power sector but reform of politics. See, there is one basic rule we all tend to forget. Any increase in tariffs that is too sharp will have a long-term negative impact and will hurt the reform process. The price rise should be gradual otherwise reform will not be accepted.

What about the goals for NTPC?

Which IPP projects do you expect will achieve financial closure in the near future?

Well, a lot of them are closing, one by one. National Power will probably close soon.

The matter is still in the courts. We are waiting for the judgement. It also has to get some environmental clearances. We will give the counterguarantee when these issues are cleared. By the way, we will be discussing the cabinet note on Ib Valley and will provide the counterguarantee within the next 100 days.

What are your long-term goals? What do you want to achieve over the next three to five years?

I want to set the path for the formation of a national grid. I want to see the CERC andthe SERCs fully functional. CERC, of course, has already started.

I want to see that we achieve atleast 25,000MW to 28,000 MW capacity addition in the current plan period which ends in two years. The goal of 40,000 MW may not be achievable.

I also want to see better frequencies and better coordination of power regions. Already, over the past one year, there has been a substantial improvement in the quality of supply. We will see much more.

I am trying to figure out how best we can the strengths of our public sectors to target the larger hydro projects like Dehang in the northeast which has a potential of 11,000 MW. It has very little submergence and very few rehabilitation and resettlement problems. It will also have very little effect on our flora and fauna. It isan ideal project. But we need money. We need almost Rs 70-80 billion of equity, so we can have some leverage. So, we will try and work out something. Maybe some divestment. There are many options available. One of the options is to make an NTPC station or a group of stations into separate subsidiaries. Then we can hawk off a few subsidiaries to get some money. Some of the subsidiaries will be more saleable than others. It depends on how good the PPAs are with the states and how good the documentation is.

Not fully. Not today. Currently, it is too small.

What about the prospect of nuclear power?

That is not my area. It has great potential but the need is to ensure we get enough investment there. Can we get 20,000 MW? It is possible. But there is too much international politics.

What can we look forward to in terms of distribution?

Well, I hope to see some privatisation. I will not name the places. The laws are already in place. We need to try specific ideas like a joint venture between the SEB and the private party because that saves time in terms of evaluation of assets and things like that. You can start work today and proceed with evaluation over a period of time. It cuts short the time it takes in the transfer of assets.

Would Delhi be one of the areas?

I would love to encourage Delhi, especially south Delhi. But it is up to the Delhi government. They must have the conviction to do it.

Letter from the Publisher

A couple of years ago, we wanted to interview the then newly appointed power minister P.R. Kumaramangalam. It took us more than a few weeks to get past his assistants at the ministry. When we finally met him, we mentioned the difficulty we had encountered. Mr Kumaramangalam actually apologised and gave us his mobile number so we would not have such problems in the future.

Earlier this year, Power Line organised a conference where the keynote address was to be delivered by him. On the eve of the conference, we were not sure whether he would be able to make it because he had been rather unwell. On the designated morning, he made his appearance and kept his appointment, despite the fact that he had high fever (105 degrees) the previous night. He felt he had made a commitment and therefore needed to be there.

These two incidents underscore the differences between him and other politicians in general, and cabinet ministers in particular. He dealt with everybody on a person-to-person basis.

He was also very bright and full of ideas. In fact, some argued, he had too many of them. He was also very effective, especially in pushing legislation and resolving disputes. A number of key initiatives and projects would have died but for his intervention.

He was definitely the most effective power minister of the last decade. His untimely death is indeed a great loss for the country and the power sector.