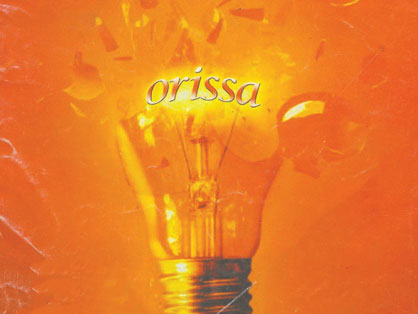 Once extolled as a shining example of sector reforms, Odisha’s experiment with privatisation ran aground, with dues mounting, US power utility AES threatening to pull out and talk brewing of a rollback of reforms. What went wrong? This story analysed the reasons why Odisha – the first state to attempt reforms – failed to find success at the time.

The irony is inescapable. Dabhol, once showcased as an IPP success, has today become a thorn in the side. In much the same manner, another power experiment — reforms in Orissa — is meeting with public scepticism. Once extolled as a shining example of sector reforms, it is now being run down as a colossal mistake.

That all is not well with Orissa’s power reforms has been apparent for some time now with negative sentiment brewing in the state. However, in the past few months, the problem has clearly escalated to more serious levels, to the extent that the state government is now being forced to do a rethink of its reforms programme.

For the common man, reforms have meant little beyond steep tariff hikes and stiff electricity bills. On the other hand, there has been no perceptible improvement in the quality or reliability of electricity supply. All this has resulted in angry public eruptions and consumers ransacking the Central Electricity Supply Company (Cesco) office.

Feeling the heat from the public, the media, opposition parties and even its own party colleagues, the Orissa government, in June this year, ordered the setting up of a four-member committee to review power reforms. The committee’s mandate includes identifying loopholes in the system and measures to plug them. The committee, which will decide the fate of reforms in the state, is expected to submit its report by September.

Clearly, it is not just the masses that have turned against reforms. The problem is deeper with the main players in the reform process themselves running out of patience. Last month, in the face of severe losses, US power utility AES threatened to pull out of Cesco. This was followed by the resignation by Cesco’s MD (an AES representative), Charles Lenzi, for what he called “the impossibility of doing distribution business here” and the “frustration with the current regulatory and contractual structure of the distribution system in Orissa”. Earlier, AES’s vice-president, Anil Patnaik, had resigned for similar reasons.

A couple of days later, AES presented a formal proposal to the state government for withdrawing from Cesco. It asked the government to either take over Cesco’s business or allow AES to offer its shares to Gridco or a third party. The union government tried to mediate the issue between them, but so far there has been no success. AES remains adamant on its stand to quit.

Gridco contests this. An agreement clause prevents AES from quitting before March 2002 without prior consent from Gridco. But AES is not interested. “We should have the right to leave the business if we want to. Our people can stay for six more months in Bhubaneshwar if Gridco disagrees. But how can you expect a reluctant management to run the business?” says Surender Singh, ED of AES in Delhi. Each month, Cesco loses Rs 120-140 million on its operations.

Looking back, what went wrong? The genesis of the current problem lies in the complicated contractual arrangements following the restructuring of Orissa’s power sector. Over the last few years, the Orissa SEB has been unbundled into separate new companies. First Gridco was formed. Initially responsible for transmission and distribution, it is now involved in only transmission and continues to be state owned. Thereafter, distribution was taken over by four private companies in three of which — Wesco, Nesco, Southco — BSES has a controlling 51 per cent stake. In the fourth, Cesco, AES has a 51 per cent stake. (The remaining 49 per cent in all the discoms is owned by Gridco and the employees.) In the Orissa Power Generation Company (OPGC), the state has retained 51 per cent control, while 49 per cent has been offloaded to AES. The other generating company, Orissa Hydro Power Corporation (OHPC), has so far remained state owned.

Under the current arrangement, OPGC and OHPC sell electricity in bulk to Gridco, which transmits and sells it to the four distribution companies. They in turn sell it to the consumers, collect tariffs and pay Gridco, which pays back the generating companies. However, the flow of money from bottom up has been anything but smooth. Each company owes the other money up the line and the dues have kept on mounting.

For AES, what complicates the matter further is that while it, as a stakeholder in OPGC, has to 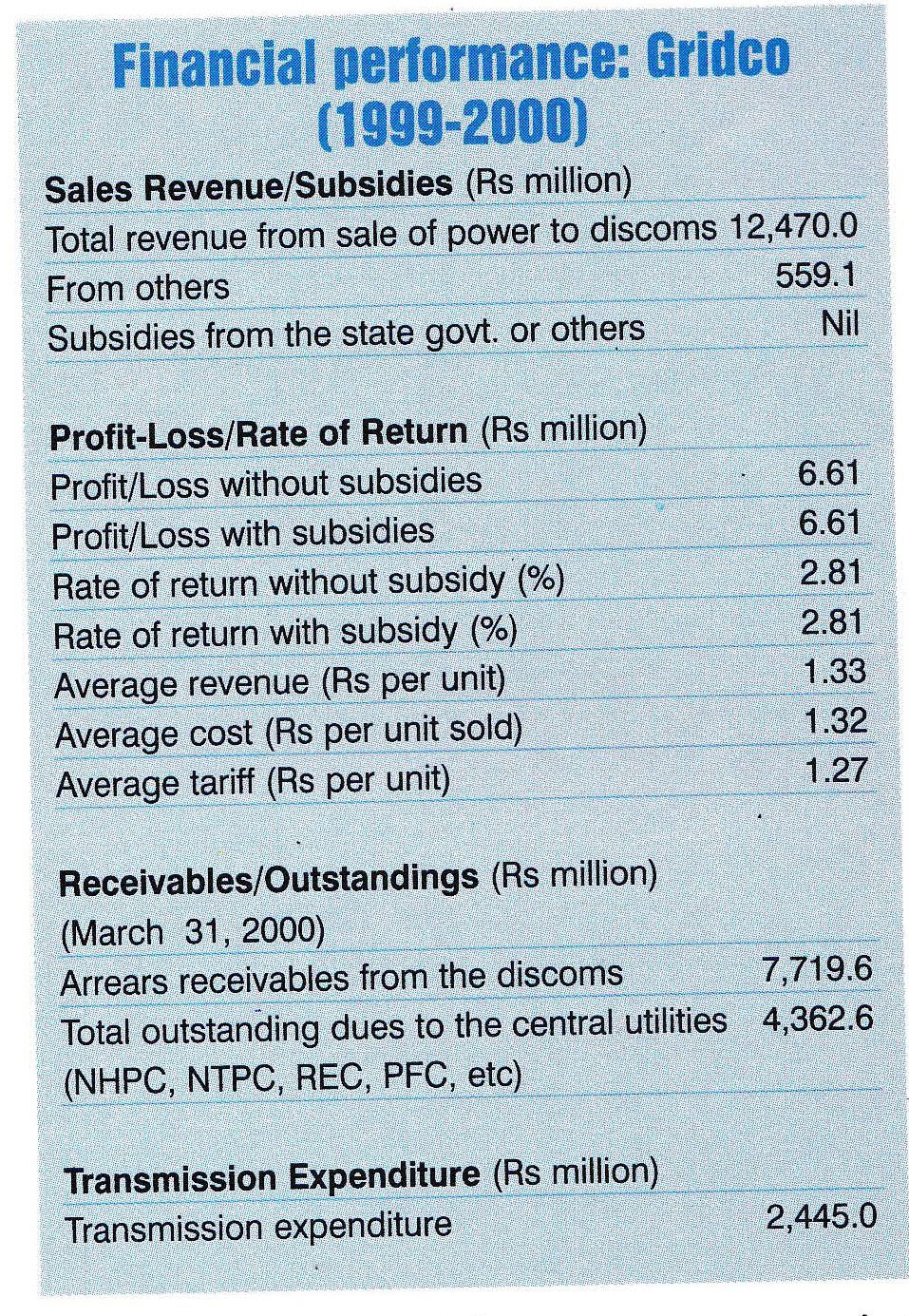 While the financial mess has been accumulating for years, for AES, the situation worsened in May with Gridco imposing the condition that payments to OPGC would be made as and when Cesco paid Gridco. AES however maintains that these are stand-alone businesses and there is no basis for any such offset. It claims that Gridco has violated the PPA with OPGC by defaulting on payments.

Gridco’s managing director (who is also chairman of Cesco), Priyabata Patnayak, has responded by accusing Cesco of not only breaching its payment contract with Gridco but also illegally diverting  money  from  the   escrow account opened in favour of Gridco for payment of salaries to Cesco employees. Cesco had to break the escrow in each of the past three months to pay salaries, following which criminal proceedings were initiated against Cesco’s managing director. Gridco moved the OERC, which asked Cesco to put its receivables in the escrow account. Now, apprehending an agitation by its employees for not receiving salaries, AES has sought police protection.

Neck-deep in problems, it will be tough to convince AES to stay on. The company has set stiff conditions for this. It has demanded a significant hike in tariffs, timely release of the World Bank loan to the distribution companies, enactment of a law to protect the interests of discoms, payment of outstanding dues, and no regulatory approval for multiyear tariff hikes. It is unlikely that all these demands will be met.

Yet AES cannot be blamed for its decision. In the entire state, there is a huge nexus between the state 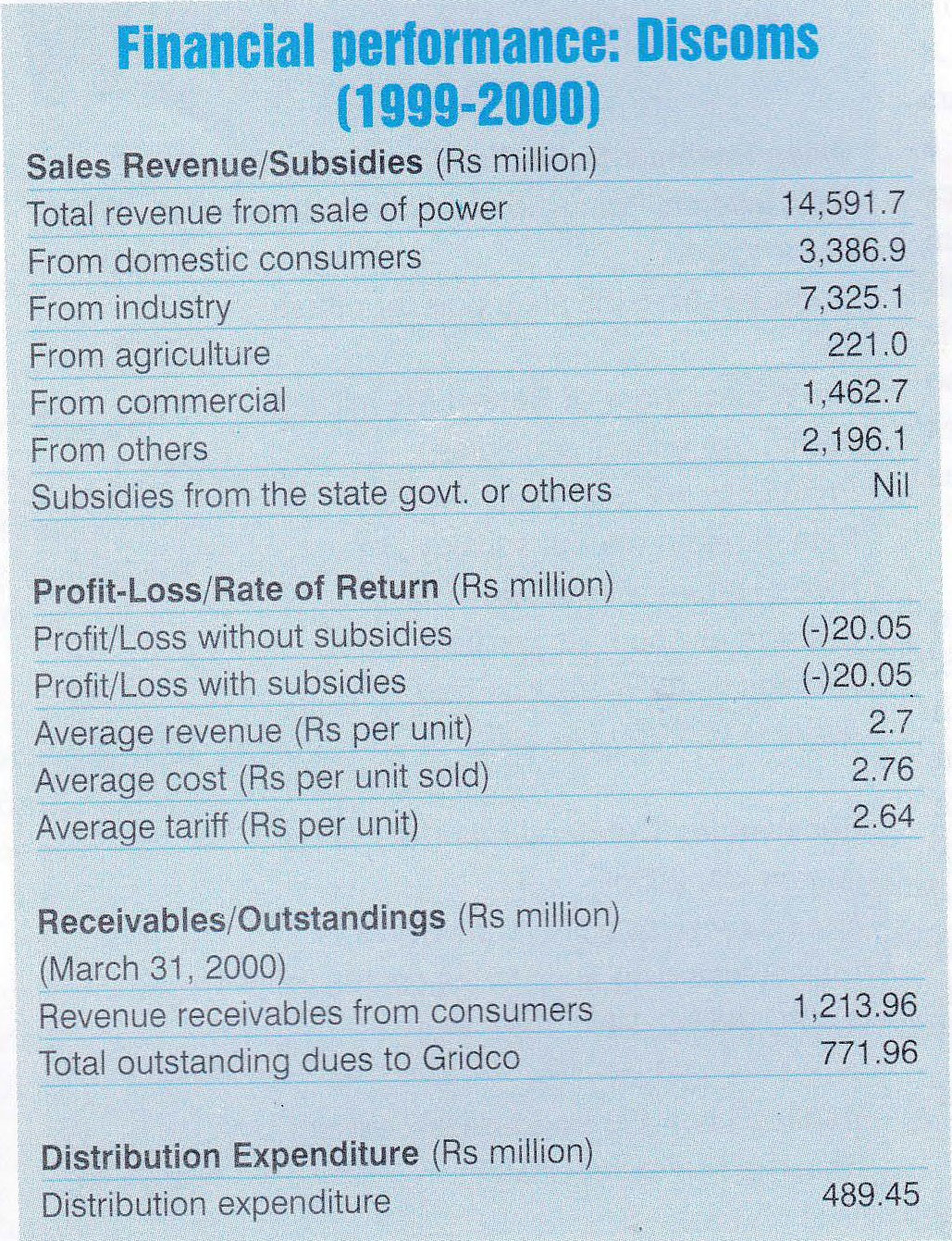 electricity employees and some errant consumers. Many government departments too have not paid for the electricity used. And so, for mutually convenient reasons, the state administration, bureaucrats and politicians seem disinterested in stemming the rot. “The state is not market oriented. There is a lack of individual enterprise. Electricity dues have a long tradition here. Many are simply not used to the idea of paying for this commodity,” says S.C. Mahalik, ex-chairman, OERC.

No doubt, BSES too has not had an easy time in its three zones, but Cesco is the worst impacted. Covering eight coastal districts of Orissa, this zone comprises mostly domestic consumers and there is no industry to speak of. The small industry groups that it does have are theft-prone. T&D losses, at 43 per cent this year, are the highest compared to the other zones. It is also the most politically active zone. When Cesco had undertaken a door-to-door load survey in order to streamline the system, it faced stiff opposition from politicians, consumers and the state government. No wonder there were no takers for Cesco when the government invited bids for privatisation of distribution three years ago. Some experts point out that the OPGC-Cesco sell-off was a package deal in which AES was forced to take a 51 per cent stake in Cesco (for Rs 420 million) along with what it really wanted – the 49 per cent stake in OPGC. AES officials refute this. “The deals were concluded with a gap of six months. We decided to help out the government and give the distribution business a try with Cesco,” says Singh.

Being the first state to attempt reforms and with no precedents to follow, Orissa did make mistakes in the reform process. This was even admitted to by the state power minister in the assembly. The Orissa power privatisation programme has so far yielded Rs 7.62 billion from the divestment in the four distribution companies and the divestment in OPGC. Only a fraction of these proceeds was ploughed back into the power sector, mainly in Gridco. The rest was used by the state for non-power-related expenditures. The World Bank loans too have not been disbursed in a timely manner to Gridco and the discoms, for which the Bank is now threatening to suspend its ongoing loans. Gridco, meanwhile, has been unable to improve the T&D system as much as it wanted to.

In fact, Gridco has been in financial straits since its inception. The main reason for this is that during the 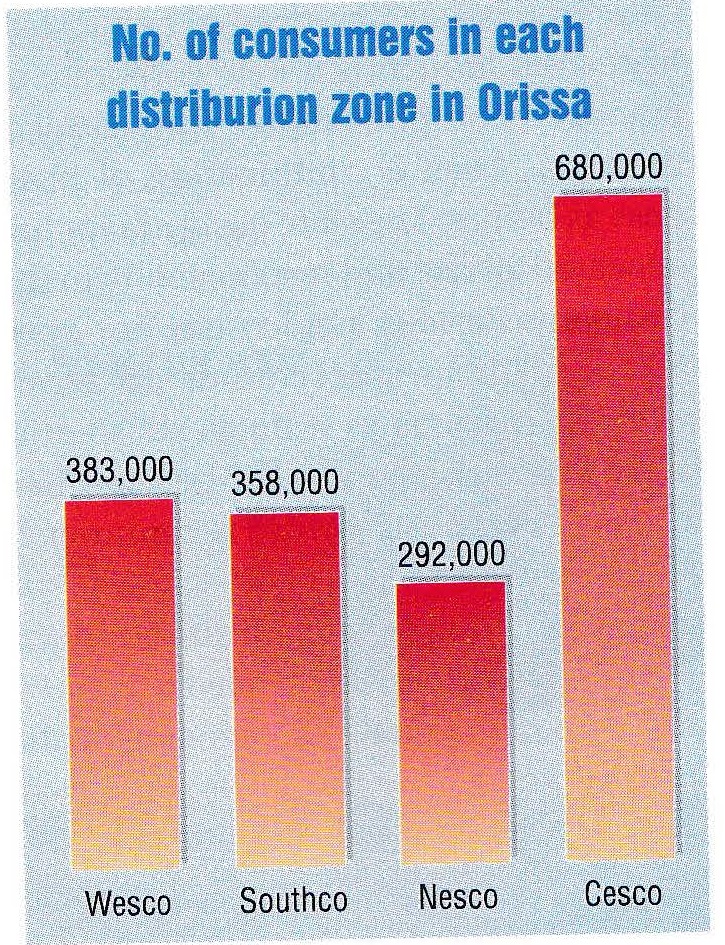 unbundling, most of the SEB’s debt was transferred to Gridco. The distribution and generation companies were left with a positive net worth to facilitate divestment to the private sector. Since then, several rescue measures, including converting outstanding loans from PFC, REC, the state government and OPGC into bonds, have been tried, but the corporation continues to be in the red. This is because T&D losses did not come down as expected, load growth did not materialise, the internal burden continued to rise, the distribution companies did not pay their dues and the tariff hikes granted by OERC were short of expectation. On top of this, the huge subsidies from the state government (Rs 2.5-3 billion annually) have dried up. Gridco reported a loss of Rs 6.61 billion in 1999-2000, more than double that in 1998-99. Its accumulated liabilities have mounted to Rs 27 billion. With the situation thus deteriorated, a comprehensive package is now being talked about for Gridco’s revival.

There are also some managerial and structural issues that need to be tackled. Instead of inducting a new corporate or management philosophy into Gridco, there has been a continuation of business as before. The state government has allocated all risk and responsibility to the company. Besides, Gridco has not been able to maintain strict commercial terms with the discoms as it holds substantial stake in the company, and the chairman of the discoms and Gridco is common.

When distribution was privatised in the state, private companies failed to arrange the working capital. The agreement did not make it mandatory for them to arrange the capital. As a result, they were heavily dependent on bonds, loans and bill collections. But the collections did not happen, and the companies are in no position to redeem the bonds on maturity. As a result, the financial stress is bound to continue.

In such a scenario, has a rollback of reforms become inevitable? While many are asking for it, it is out of the question. Not only will it be a complicated process, but the state government would find it difficult to cough up the money to buy back the stakes from the private parties. (This has been clarified by the state energy minister in the Assembly.)

Most experts are of the view that reforms should continue, the financial mess and manifold problems notwithstanding. “Saying that reforms haven’t worked is a big camouflage. Reforms have taken away the powers from politicians. There is no way they can make money from the transfer of junior engineers and corrupt bureaucrats or by holding back large orders. And they are not liking this,” says an expert.

Indeed, to say that reforms have failed completely in Orissa is not true. Distribution losses came down from 50 per cent to around 44 per cent in the first year, i.e., 1999-2000, and to around 42 per cent in 2000-01. Losses, which were increasing, have begun to decline in 2000-01. Extensive metering is on. And bill collection is improving. However, the real results of these efforts will be palpable only after some time.

No transition period is easy, points out one observer. “The state government cannot absolve itself of its responsibility to support reforms, including through law and order. The choice is between light and darkness.”

Reforms can be sustained. The question is — is there the political will to do so?