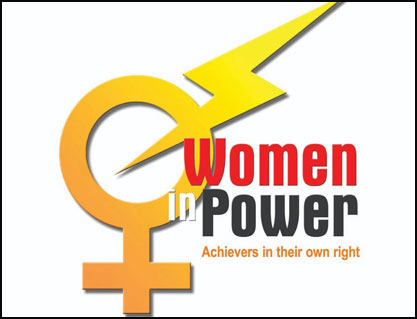 The idea behind doing this story was to shine a light on the incredible women who were making inroads into the power sector, one of the last male bastions, during the 2000s. They were working across the power spectrum, as engineers, analysts, financiers, auditors, IAS officers, lawyers and chartered accountants. A tribute to the women who were making a meaningful contribution to a sector dominated by men.

Researching this story threw up some surprises. The Power Line team expected to unearth quite a few women who were doing well in the sector. After all, so many women are at the top of the Indian corporate world now that there were bound to be several in this industry too, despite its overall “male” image. But the team was taken aback at the sheer number of movers and shakers

But first a few riders. This is not a comprehensive selection. It’s drawn from a pool of senior executives who we have interacted with informally and heard about in the course of writing on the industry. Nor is it scientific; we have probably left out many excellent women to whom we offer apologies in advance. Moreover, some prominent and highly successful women were out of the country at the time of writing. Others wished to preserve their privacy and simply did not want to be singled out and featured.

But then why do a cover story on women in the power sector at all? Is it not somewhat passe to focus on women? The idea behind this story is really to shine a light on the women who are making a contribution to the sector and to paint, with broad brushstrokes, a small picture of what they do and where they work. Everyone in the sector knows the individual women they deal with, so we all know the individual trees but do we have a picture of the woods? Probably not.

Anu Agha, the outspoken 62-year-old chairperson of the Rs 7.71 billion engineering conglomerate in Pune. Thermax, is a great example of a woman who proved her capabilities in the face of great personal adversity. An engineer by training, she became a prominent name in the equipment and solutions business after the sudden and tragic death of her husband, Rohington Agha, the founder of Thermax. She has also stood out for having the courage of her convictions, whether it is introducing drastic changes in the company’s management or speaking out on the Gujarat riots. 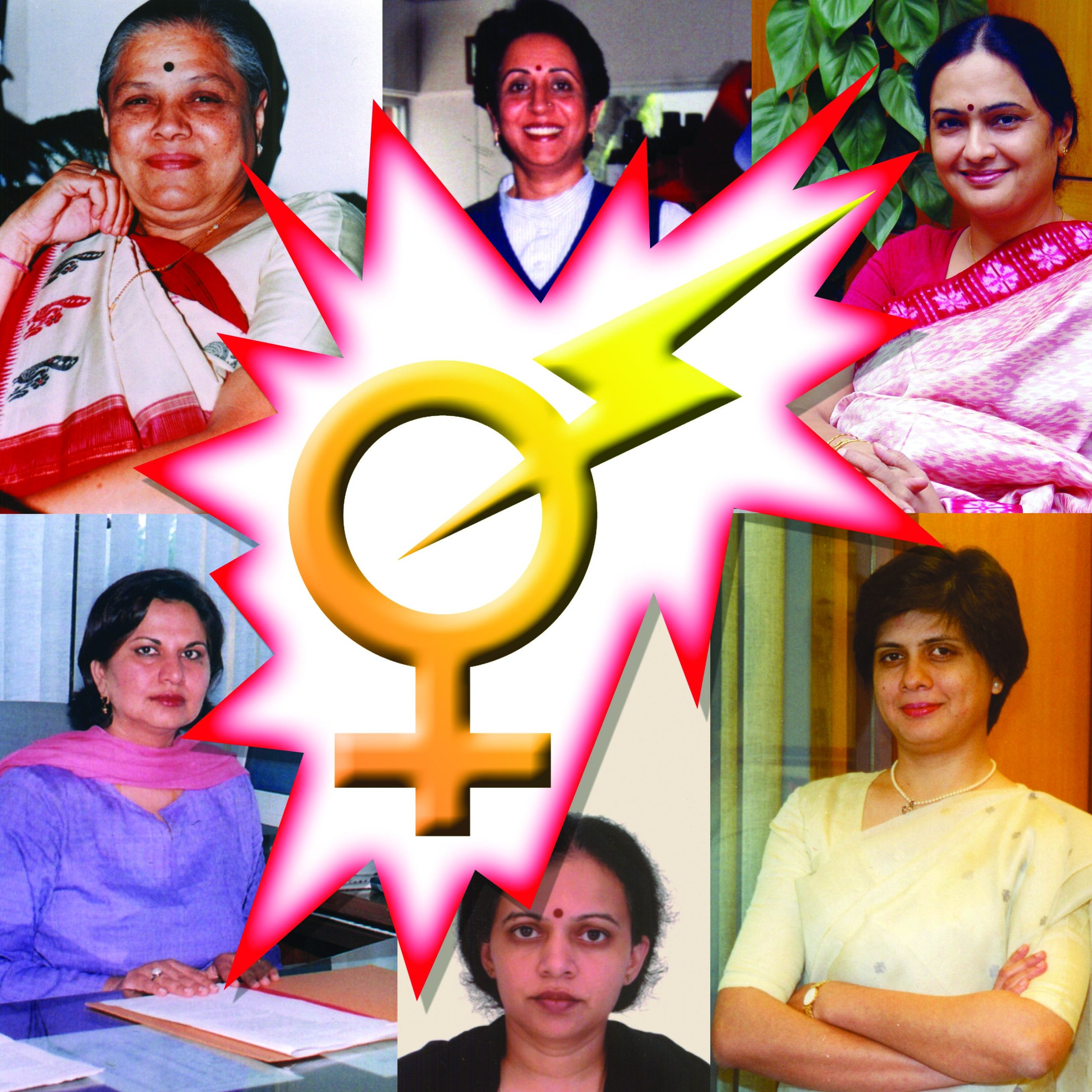 The energetic Hema Hattangady, MD of Bangalore-based Enercon, makers of power IT equipment for energy efficiency, is another woman whose dynamism and deft management have helped her company achieve remarkable success in a very short time.

Of course, they had a bit of a headstart. Both Agha and Hattangady ended up leading companies through marriage, but everything thereafter has been on their own steam.

Then there is Jayawantiben Mehta, the minister of state for power for the past five years and perhaps one of the most conspicuous women in the sector. And the large group of women executives from the lAS or allied services who can be found in the state-owned power utilities, in the Central Electricity Authority or in the regulatory commissions.

Three of them, in fact, are MDs of huge utilities. Both the power distribution companies of Haryana happen to have women MDs, despite the heavily patriarchal culture of the state where the prejudice against girls is so severe that decades of female foeticide have given it one of the lowest sex ratios in the country.

Jyoti Arora heads the north distribution company in Haryana, which has a turnover of Rs 14 billion and over 16,000 employees. Chanda Saini heads the slightly smaller south distribution company, with a Rs 12.35 billion turnover. Both women have extremely challenging mandates — dragging their financially ailing companies back from the brink, at least operationally. It’s a daunting task that requires a multi-pronged strategy and some complex thinking.

With all eyes trained on Andhra Pradesh to see if it can bring results through reforms, Rachel Chatterjee, CMD of the Andhra Pradesh Transco, has an equally onerous task. She has to ensure the viability of this corporation which sells bulk electricity to discoms that, until recently, were also under AP Transco. She is so busy dealing with the state electricity regulator, the discoms, the state government, the bulk consumers and thousands of employees that she simply had no time to speak to Power Line, despite numerous attempts.

Then there is Bindu Agnihotri, who is in-charge of Delhi’s power sector, and the numerous women who work in the regulatory commissions as members, directors or secretaries, sometimes with no prior experience of the power sector. Even regulation itself is a new business, which offers no prior practices or precedents but they have mastered the art of climbing up a steep learning curve while simultaneously discharging their duties. And this too in very sensitive matters such as tariff increases or free power for farmers that can easily enrage millions of consumers.

The big batch, of course, is the engineers in companies such as NTPC, Powergrid, PFC, Neepco, or private companies such as Cummins, Reliance and Tata. Since engineering is the very bedrock of the power sector, they form the essential core. Most of these women engineers are playing critical roles in specialist areas, managing their own teams that work on high-worth projects or high-priority jobs. With decades of experience, they are a powerhouse of knowledge.

There are several women who are making an impact as financial deal makers. Vijaya Rao of ICICI, for example, has been involved with achieving financial closure on several power projects; Rupa Devi Singh of SBI Caps is implementing several prestigious advisory and syndication mandates; and Sujatha Srikumar, senior vice-president of IL&FS, has the distinction of having worked on both debt (rating debt instruments of power utilities at Crisil) and equity (preparing projects for private participation at L&FS). Srikumar is now spearheading a new initiative at IL&FS to promote public private infrastructure projects at the state level.

Several prominent women figure in the field of research and training. Some of them may be low profile, but are well spoken of in their area of expertise. There are many women heading the human resources, corporate communications and public relations departments of power companies.

Do women bring anything different to their jobs and workplaces? Do they have anything distinctive to offer? Well, their emotional quotient or EQ is certainly higher, as research in the US shows, which can contribute to all sorts of outcomes. It means, for one thing, that women tend to have a wider perspective and wider interests and do less “drilling down” than men because their approach is more holistic.

Some people in the power sector said they had noticed, for example, that women heads tend to be more concerned about a company’s social obligations. So, whether it is community programmes, education, art, culture or working with NGOs on social causes, they are more aware and interested. It is certainly no accident that both Thermax and Enercon are known to promote some of the best HR practices amongst Indian corporates. Both companies have made distinctive contributions to corporate philanthropy and social responsibility.

A more “human” touch is one obvious trait. Hattangady says that she tends to make a natural effort to establish a personal rapport with her customers and employees that goes beyond the strictly limited ambit of a workplace: “If you have appealed to somebody’s heart, you have a stronger relationship. It does not break down very easily and it makes it easier for both of you to ride through the rough patches,” she says, adding that, “it is important to have a bond at the level higher than the cold intellectual, cognitive plane”.

Ajanta Dayalan, secretary of the Punjab regulatory commission, feels women are more committed to their jobs, emotionally stronger, more intuitive and more hard-working. Srikumar adds another trait: “Putting aside the hard core skills and work experience required to deliver in a job, I think women can perform multiple tasks much better because this is a skill honed by the constant juggling they are required to do between home and office.”

Subordinates say they feel more secure and confident of fairer treatment from a woman. These days, when even men tend to have a larger role in home-making and child-rearing, everyone stands to gain if the boss is considerate about any conflicts that may arise. Some men in the sector felt a woman boss was much more likely to be understanding if there was a domestic or family crisis.

In a broader sense, they felt that women have a less narrow perspective than men. “Her decisions are more balanced and she takes a longer term and holistic view of things,” says a man who reports to a woman PSU executive. Another, in a similar position, described his boss in these terms: “She is very good when it comes to retaining and nurturing talent.”

Few women in the sector want any special concessions qua women. “At Enercon, we are gender neutral and propagate meritocracy… performance is the only differentiator. At the same time, we are sensitive to the special needs of our women employees,” says Hattangady. She mentions an incident when she had to convince a male colleague to grant flexi-time to a woman employee who had recently given birth to twins.

For employers, one of the biggest and most easily measured benefit of having women on the payroll is their greater degree of loyalty. Many of the executives we feature have worked for their present employers for decades. If women are comfortable in a job, they tend to settle down. Flitting frequently from one job to another is fairly rare. It’s not that they are risk averse. It just makes good sense: Between the two of us, all the risks associated with job-switching were taken by my husband, otherwise it would have become too taxing for the family,” explains a general manager of a prom-inent PSU.

Women also tend to make better team players and to be better at motivating colleagues and subordinates. Some of the comments we kept hearing were: ‘Madam never fails to give credit when it is due”, or “She gave me extra responsibility to see if I could handle it” or “they tend not to have inflated egos that get in the way of work”.

The resounding consensus on the question of whether women had encountered any special problems was “no” Kavita Devi, DGM, Neepco, says: “One needs good physical health and mental strength to work during the construction of underground structures such as tunnels, that’s all.” O.R. Lalitha, GM at NHPC, is even more blunt: “Limitations are not gender determined but individual determined.”

“In the first meeting, people are surprised to see a woman at the helm and somehow feel unsure that perhaps she may not be able to put in the requisite number of hours. But once the assignment begins and results come in, that feeling does not last long,” says one woman GM.

Many women say that given the demands of home and children, they are disinclined to stay late in the office too often or attend office parties; they miss out on informal chats, networking, socialising or what’s going round on the office grapevine. But these do not appear to be big handicaps.

And there are advantages to being conspicuous and making heads turn. “We enjoy greater visibility and are more easily noticed than a man in a grey suit,” says a Mumbai-based banker. “That certainly helps.”