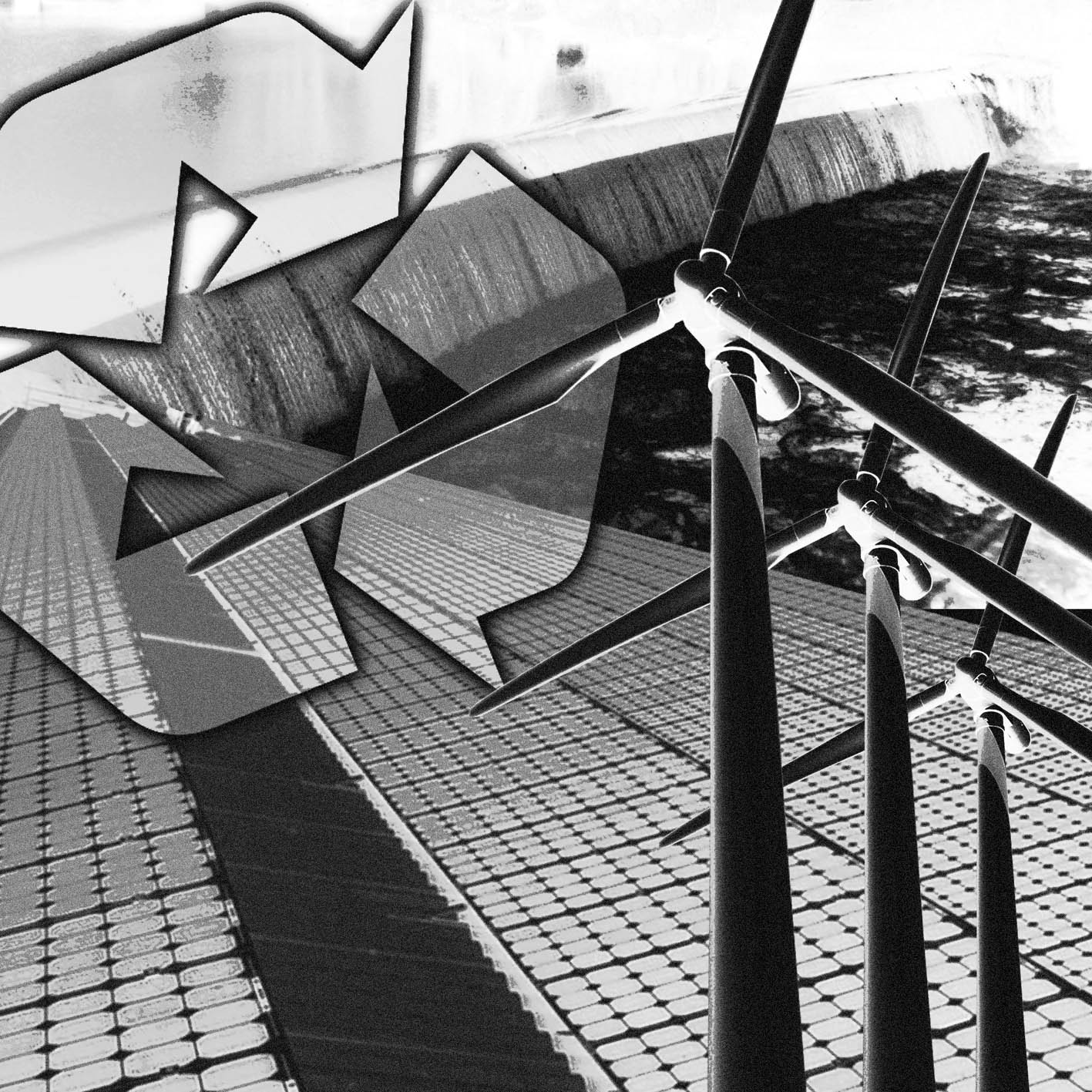 At a time when the Ministry of Power has decided to redesign the renewable energy certificate (REC) mechanism to reflect the ongoing transition in the sector, we revisit a story from November 2010 when the REC mechanism was introduced by the government. Over the last decade, RECs have emerged as a vital tool to meet the RPO targets and going forward too, they are likely to play a key role in accelerating the country’s shift to renewables.

The national renewable energy objectives require a projected injection of 115 billion units of renewable power into the grid by 2014-15. Renewable energy certificates (RECs), which are a key driver in achieving these objectives, were launched jointly by the Ministry of Power and the Ministry of New and Renewable Energy (MNRE) on November 18, 2010. Mock trading of the certificates has already been started on the two power exchanges, the Indian Energy Exchange (IEX) and Power Exchange India Limited (PXIL).

RECs are market-based instruments that provide renewable energy generators an alternative to the prevailing feed-in tariff regime. They are also a means for distribution utilities to meet their renewable purchase obligations (RPOs). At a macro level, the launch of RECs is important for achieving the targeted renewable energy share of 10 per cent by 2015 and 15 per cent by 2020.

The states are now coming up with REC-specific regulations and the required infrastructure is being set up at the designated state-level agencies. Though teething troubles are expected before RECs can take off in a big way, their success is critical to meeting the country’s renewable energy goals. 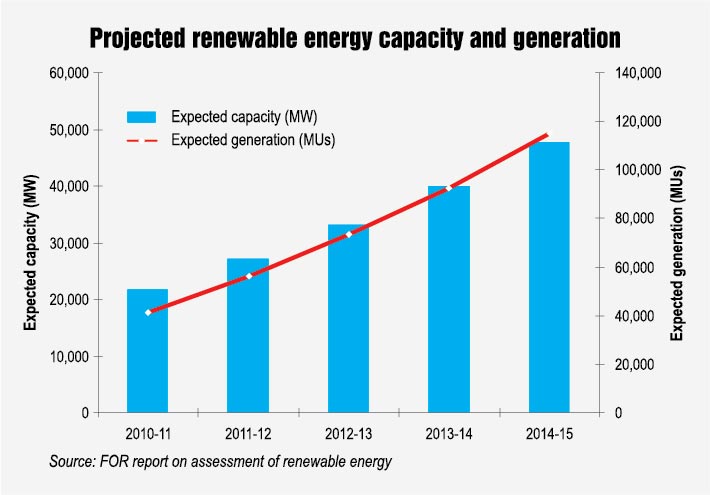 The major stakeholders in the REC framework include the regulatory authorities, the central agency (National Load Despatch Centre [NLDC]), the state nodal agencies (state load despatch centres[SLDCs]), the power exchanges and the compliance auditors. The certificates will be issued to renewable energy generation companies that do not have a power purchase agreement with a state electricity regulatory commission (SERC) at a preferential tariff including those that undertake third-party sale.

The Central Electricity Regulatory Com­mission (CERC) notified the REC regulations in January 2010. Since then, the framework is being gradually built through a series of steps such as the designation of the NLDC as the central agency, the determination of REC fees and charges, and the finalisation of the implementation procedure. The CERC has already notified the price band for RECs to be traded on the exchanges. It has also amended regulations to include captive power plants based on renewable energy in the REC framework, provided that such units do not avail of any concessional benefits.

Much of the success in implementing RECs depends on state entities. The SERCs are involved in formulating REC regulations and designating agencies in this regard. According to the Forum of Regulators (FoR), eight SERCs have issued final REC regulations and designated the agencies required for implementation. These are Gujarat, Hima­chal Pradesh, Jharkhand, Maha­rashtra, Orissa, Tripura, Uttar Pradesh and the joint electricity regulatory commission of Manipur and Mizoram. Nineteen states have notified draft regulations. The states that are yet to issue any REC regulations include Andhra Pradesh, Chhattisgarh, Delhi, Meghalaya, Punjab and Orissa.

The SERCs are also contributing to the REC market through RPOs, which generate the demand for RECs. Almost all the states have notified RPOs for their distribution utilities, referred to as obligated entities in the REC framework. SERCs in states such as Maharashtra, Gujarat, Himachal Pradesh, Manipur, Mizoram and Haryana have notified solar RPOs. Besides ensuring offtake for solar power projects, solar RPOs help promote a market for solar-specific RECs.

The state nodal agencies have a critical role in accrediting the eligible renewable energy generators for REC trading. Eight states have so far notified the state agency for facilitating REC operations. The MNRE has sanctioned financial assistance for the first three years of implementing the REC framework. This assistance, to be routed through the FoR, is intended to address the infrastructural requirements of the central agency and the state agencies. The FoR has already prepared the list of infrastructural and material needs of the state agencies, and the latter are expected to send proposals for fund requirements.

Both the IEX and PXIL have been allowed to issue certificates involving double-sided closed-bid auctions with a uniform price solution as the price discovery mechanism. However, the CERC can suggest changes in the price discovery methodology depending on market feedback and transaction volumes. As things stand, the exchanges have completed the required formalities including mock trading sessions and are poised to launch the products soon.

Renewable energy producers constitute the final and crucial link in the chain. As REC regulations require that entities should not be tied to any power purchase agreements, it is the upcoming incremental capacity that will count for the REC market. According to ballpark estimates, RECs could lead to a 30-31 per cent improvement in the revenues of an individual renewable energy producer operating at 20-22 per cent capacity utilisation factor.

FoR estimates indicate that wind power will have the biggest share (17,000 MW-20,000 MW) in renewable capacity addition in the next five years, followed by solar power, which would add 4,000 MW by 2015.

According to the CERC, 10 to 25 per cent of the 4,000 MW likely to be added in 2010-11 is expected to be traded under the REC framework. The mechanism assures a guaranteed return of at least Rs 12,000 and Rs 1,500 per certificate to solar power and non-solar generators respectively, proving that RECs will give monetary returns to developers by compensating them for the loss of preferential tariff.

Key issues and the way ahead

Though the RECs have been launched, there are concerns about their widespread adoption. The procedural stipulations between the accreditation and registration of the eligible entities, and the final trading session could translate into a gap of over a month. There are several infrastructural and systemic challenges at the state-agency level. Another reason for the delay from the generator side could be the fact that REC participation will be outside the current preferential tariffs, implying that new entrants have to be attracted to this market. This will take time to materialise.

Efficient operation of the REC market would necessitate an institutionalised forecasting mechanism for infirm renewable power, especially wind and solar, which are expected to be among the major contributors. Established forecasting practices in the industry also present the opportunity of intra-day trading of renewable power. Today, many entities are yet to adopt modern forecasting tools.

The progressively increasing renewable obligations driven by RECs have an impact on the power purchase costs of distribution utilities. The impact could be in the range of Re 0.02 per unit to Re 0.40 per unit. With power purchase costs already on the rise due to the use of conventional fuels such as coal and gas, this could be a major issue for utilities in the future.

The successful operation of the REC market hinges on broader market participation, liquidity and stability. For this, regulators need to strike a balance between incentives and penalties for participation in this market. The regulator’s enforceability and periodic monitoring of the whole process is particularly important. Also, going forward, the ambit of market participation should be widened by considering entities with business interests in non-conventional energy sources.