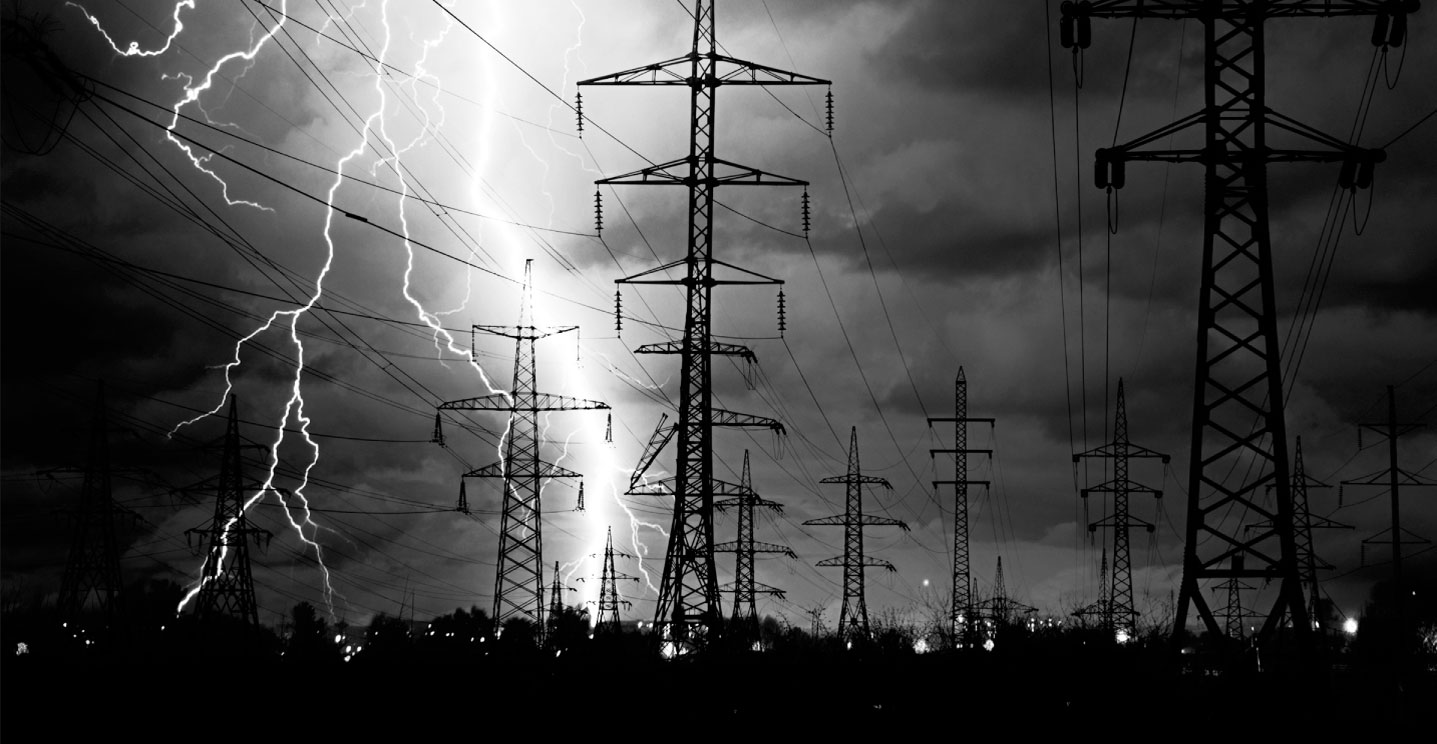 In one of the worst blackouts globally, July 2012, India’s northern, eastern and north-eastern grids collapsed in plunging 21 states and over 600 million people into darkness. The grid collapse acted as a wake-up call to establish a strong and resilient power transmission network in the country. This article from our archives talks about the key causes of grid collapse and possible solutions as well as industry reactions of the incident…

The twin grid disasters of July 30-31 marked the lowest point perhaps in the history of the power sector. On July 30, in the middle of the night, the northern grid tripped, triggering massive power cuts across north India. The crisis deepened the following day with the northern and eastern grids collapsing, and the north-eastern grid being partially impacted.

The three grids handle about 50,000 MW of power, which meant that almost half the country was rendered powerless. Life in 21 states came to a grinding halt as trains, city traffic, metro rail services and hospitals became non-operational. In Jharkhand and West Bengal, several miners were trapped. An estimated 600 million people were impacted, making this the largest blackout faced by the country.

India has five electricity grids – northern, eastern, north-eastern, southern and western. All these power networks are interconnected except the southern grid, which meant south India remained unaffected by the event.

Grid indiscipline on the part of the state utilities that overdrew electricity from an overstretched power system could be a key reason for the network failure. Indian grids need to maintain a frequency of

50 Hz. However, the states’ power drawal deviates from the schedule (both above and below), which changes the frequency, thereby leading to minor trippings or major breakdowns. States such as Uttar Pradesh, Punjab, Rajasthan, Haryana and Uttarakhand reportedly ignored warnings from the Northern Regional Load

The trend of overdrawal stems from the country’s overall power-deficit scenario. In most states, the demand is much higher than supply, which leads to their often resorting to overdraw power. For example, Uttar Pradesh generates 9,000 MW of power as against an average demand of 11,000 MW (July 2012).  Haryana’s overdrawal was the highest amongst the states, followed by Uttar Pradesh and Punjab.

There are provisions for overdrawal under the availability-based tariff mechanism and grid code system, but this is aimed at ensuring grid stability. The states that are constituents of the grid are incentivised or penalised for making frequency variations or deviating from their scheduled commitments through unscheduled interchange (UI) charges. For instance, overdrawals at a low frequency attract penalties, while underdrawals are re­warded. However, states overdraw at will and consider paying UI as a normal additional charge. Several states have failed to make past UI payments along with other mounting arrears and many cases are already in arbitration. Moreover, the penalties for delayed UI payments are small, and therefore even the disciplined states are not circumspect about respecting the system.

Delayed and inadequate monsoons could also have played a role in the grid collapse, with hydropower plants failing to take the load off from thermal power plants. Another possible factor could be a system failure due to the lack of a robust power system.

The grid failure necessitated immediate action even as the media and public reacted strongly to the event. The intervention of the power minister and the CERC as well as the efforts of Power Grid Corporation of India Limited (Power­grid) ensured that the grid was up and running within 20 hours.

The CERC issued show-cause notices to the heads of the state load despatch centres, transmission utilities and electricity boards/distribution licensees in the northern region. It directed that 16 states, including the major violators, shall not resort to any overdrawal from the north-east-west (NEW) grid when the frequency is below 49.5 Hz and shall comply with the grid code. Also, the under frequency relays (UFRs) were required to be kept in service at all times and the feeders used for automated load shedding through UFRs had to be segregated from those used for manual load shedding to maintain grid security.

The CERC also asked Power System Operation Corporation Limited and Powergrid to investigate the causes of the grid failure and submit a report.

Meanwhile, the power ministry has proposed to carry out an independent third-party audit of the transmission grids within three months. The regional power committees will monitor the audit. The ministry has also proposed to isolate essential services from the impact of any future grid failure through an islanding scheme. Further, the government is planning to increase the penalty for overdrawal of power.

The grid collapse is symptomatic of larger, deeper problems afflicting the power sector. While annual generation targets have not been met, commissioned projects are operating at suboptimal plant load factors due to inadequate fuel availability, especially coal. The state discoms are in financial straits and cannot source expensive power from other states.

The situation thus calls for fundamental systemic changes and a complete sector overhaul. The following are some short- and long-term measures that could help address the sector’s problems…

The grid collapse should serve as a wake-up call for the sector. Reforms and tough measures are not an option now, they are a necessity. 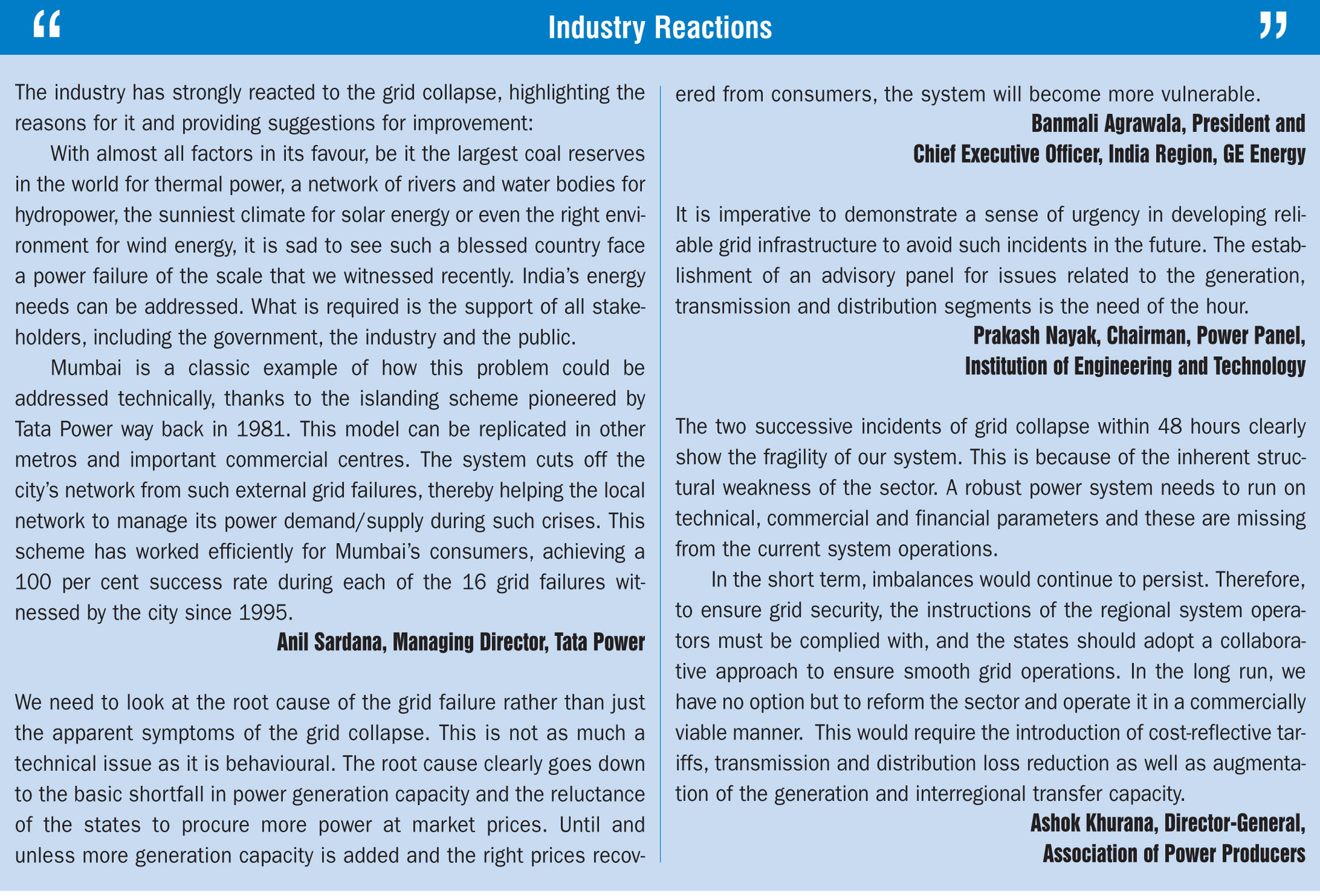