NHPC Limited, a Miniratna company in the hydropower segment, has a host of hydroelectric projects (HEPs) that are under various stages of development. Despite the implementation challenges, the company is trying to expedite their execution through close monitoring and the timely resolution of hurdles. With over 60 per cent of India’s hydropower potential lying untapped, K.M. Singh, chairman and managing director, NHPC sees a bright future for this clean source of power. Excerpts from a recent interview with Power Line…

What have been NHPC’s most significant achievements during the current financial year?

The current financial year has been significant for NHPC on various fronts: capacity addition, formation of joint venture (JV) companies, signing of MoUs, financial performance, etc. During 2015-16 (till December 2015), the cumulative generation from NHPC’s power stations was 20.67 BUs, against a targeted generation of 18.62 BUs. Within the same period, the cumulative plant availability factor at the company’s power stations was recorded as 85.9 per cent. As per the unaudited results for the half-year ended September 30, 2015, NHPC recorded a net profit of Rs 19.48 billion as against a profit of Rs 13 billion during the corresponding period of the previous year, registering an increase of 50 per cent.

On July 14, 2015, the company issued T-series bonds with a coupon rate of 8.50 per cent on a private placement basis. Aggregating Rs 14.75 billion, these bonds were fully subscribed.

In July 2015, NHPC signed an MoU with the West Bengal government and West Bengal State Electricity Distribution Company Limited for developing four HEPs aggregating 293 MW. These projects are the Teesta Low Dam Project (TLDP)-V, TLDP-I and TLDP-II combined; Teesta Intermediate Stage; and Teesta Rammam Stage-I. The company will develop the projects on a build-own-operate-maintain basis. NHPC has also signed an agreement with Teesta Urja Limited for extending consultancy services for the project construction management of the 1,200 MW Teesta Stage-III HEP. In addition, it is in the advanced stages of undertaking a JV agreement with Druk Green Power Corporation, Bhutan for developing the 770 MW Chamkharchhu HEP.

In the renewable energy sector, NHPC has signed an MoU with the Solar Energy Corporation of India for developing 250 MW of grid-connected solar projects.

What is the current installed capacity of the company?

NHPC has an installed capacity of 6,507 MW across 20 HEPs. Of this, two HEPs aggregating 1,520 MW are being operated by NHDC Limited, NHPC’s subsidiary company with the Madhya Pradesh government. In the Twelfth Plan Period (2012-17), the company has so far commissioned the 231 MW Chamera-III HEP and 520 MW Parbati-III HEP in Himachal Pradesh; the 44 MW Chutak HEP, 45 MW Nimoo Bazgo HEP and 240 MW Uri-II HEP in Jammu & Kashmir; and the 132 MW TLDP-III in West Bengal.

What level of capacity addition is expected in the coming years? What is the status of NHPC’s under-construction projects?

NHPC has a total of five projects under construction. Four are in the hydropower segment, totalling 3,290 MW (the 160 MW TLDP-IV, 330 MW Kishanganga HEP, 800 MW Parbati-II HEP and 2,000 MW Subansiri Lower HEP). There is also one 50 MW wind power project at Jaisalmer in Rajasthan. In 2015-16, NHPC is planning to commission 130 MW of generation capacity: 80 MW across two units (out of a total of four units) of the 160 MW TLDP-IV and 50 MW from the wind project in Rajasthan. In addition, the union government has accorded clearance to NHPC’s 1,000 MW Pakal Dul HEP, which will be set up under a JV. Three other HEPs aggregating 1,130 MW are at the survey and investigation stage. The company is also actively pursuing clearances for HEPs aggregating 6,995 MW of capacity.

Overall, for the Twelfth Plan Period, NHPC is planning to undertake a capacity addition of 1,702 MW, of which 1,212 MW across six projects has been commissioned. Two units of the TLDP-IV HEP in West Bengal and the 330 MW Kishanganga project in Jammu & Kashmir are scheduled to be commissioned during 2016-17. Another 100 MW each from wind and solar projects is likely to be added during the same period. 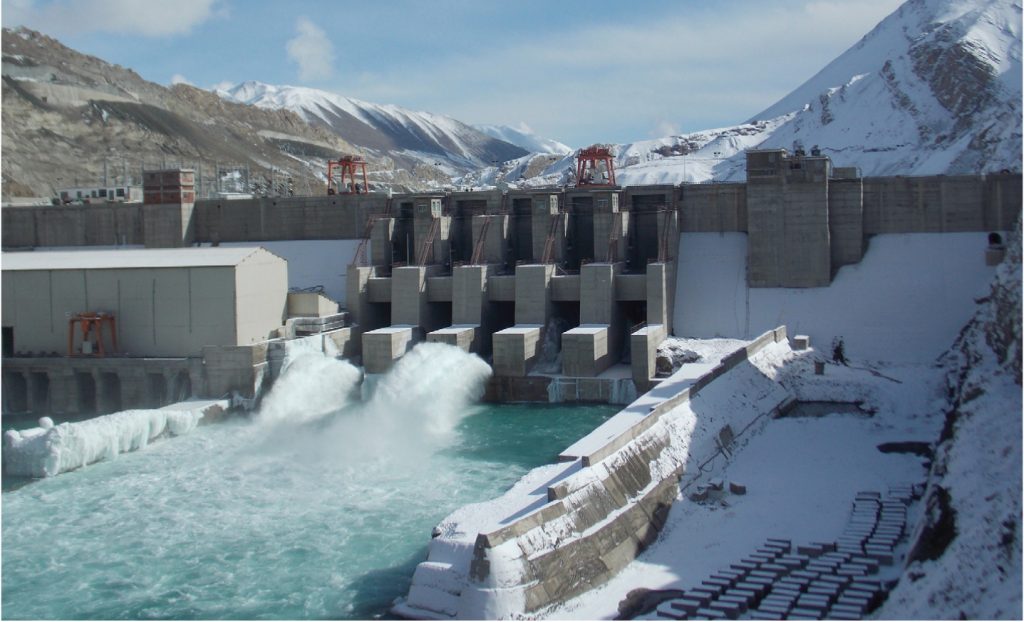 NHPC has also set up a JV company with Jammu & Kashmir State Power Development Corporation Limited and PTC India Limited for developing 2,164 MW in the state. It even has a JV with the Manipur government for developing the 66 MW Loktak downstream HEP; and one with the Uttar Pradesh government for a 50 MW solar project.

What are your plans for diversifying into power generation from other sources?

NHPC intends to venture into other sources of power generation. The company has envisaged the development of four renewable energy projects, two 130 MW wind power projects and two 100 MW solar projects. These are currently at various stages of obtaining clearances. The company is also considering the development of a 50 MW solar project at Kalpi in Uttar Pradesh and a thermal power plant at Pirpainti in Bihar, both under JVs.

What steps are currently being taken to meet the targets?

NHPC has established a multi-tier progress monitoring and review system coordinated by its Project Monitoring Support Group. It has also introduced a Primavera-based monitoring system and deployed earned value management techniques for project management. Detailed and extensive reviews are carried out regularly for each project, and these are periodically reviewed by the concerned regional office. Regional and department heads meet at regular intervals to deliberate on critical issues to expedite project implementation. NHPC has even implemented a specialised enterprise resource planning system for the optimum utilisation of generation assets and the expeditious implementation of projects under construction.

What are likely to be your capex requirements over the next few years?

For the Twelfth Plan Period, NHPC’s planned capex is Rs 200 billion. Of this, it has already incurred about Rs 92 billion until 2014-15. The company anticipates a capex of Rs 90 billion during the balance plan period. This lower capex is predominantly on account of the Subansiri Lower HEP, where active construction has been held up since December 2011 due to local agitation against the dam.

What are your key goals and priorities for the long term?

NHPC is committed to maintaining its leading position in the field of generation and sale of power from hydro-based sources. It is focused on expediting the development of the country’s vast untapped hydro potential.

NHPC is aiming to reduce operating costs and improve the operational performance of its HEPs by undertaking investments in technologically advanced equipment and methods, and allocating significant resources to modernise power stations. The company is also extending consultancies in the areas of project construction management and operation services to private agencies with stalled HEPs.

What is your opinion of the outlook for the hydropower segment?

India is endowed with an economically exploitable and viable hydropower (above 25 MW) potential of 145 GW. Of this, 37,688 MW (excluding pumped storage schemes [PSS]) has been developed while 12,732 MW (excluding PSS projects) is under process. Thus, about 65 per cent of the total potential remains unexploited.

At present, there is an emphasis on deploying renewable resources for power generation to meet the increasing demand for energy. Hydropower is the best and most dependable renewable energy technology that is commercially viable on a large scale. It is clean power and entails far lower greenhouse gas emissions compared to other conventional modes of generation. In order to avoid an adverse impact on the environment, hydropower is the best alternative for generating power in a sustainable manner.