Manipur’s electricity landscape is improving steadily, and prepaid meters are contributing significantly to this change. Starting with pilot installations in 2011, the government has so far connected nearly half of the 300,000 consumers in the state with prepaid meters. The initiative has been well received by consumers, who are benefitting from accurate metering, energy budgeting and improved power supply. For Manipur State Power Distribution Company Limited (MSPDCL), which was unbundled from the Electricity Department in February 2014, prepaid metering has resulted in improved billing and collection efficiency as well as lower commercial losses.

The decision to install prepaid meters in Manipur was driven by the state government’s reluctance to further fund the revenue deficits of the erstwhile Electricity Department. In 2011-12, against a total power purchase cost of Rs 2,350 million, the department’s revenue was only about Rs 1,230 million as per the Power Finance Corporation’s latest report on the performance of state power utilities. Collection efficiency was low, while aggregate technical and commercial (AT&C) losses were high at 44.8 per cent.

Against this backdrop, the state government evaluated a number of technology options to improve billing and collection efficiency, including prepayment, automated meter reading (AMR) and meter reading instrument (MRI). The latter two were ruled out as they were not considered feasible given Manipur’s terrain and scattered demography. Further, the government concluded from the inputs of various stakeholders that AMR and MRI would only ensure high billing efficiency and not necessarily improve collection efficiency, which was the main thrust.

The first order for prepaid meters was placed in 2011 through competitive bidding for 18,000 meters – 14,000 single-phase and 4,000 three-phase meters – for the core Imphal areas of Thangal and Paona Bazaars. The procurement and installation order was placed with Secure Meters Limited. These installations led to an over 35 per cent reduction in peak load and overhead costs, and increased revenues by nearly two times. 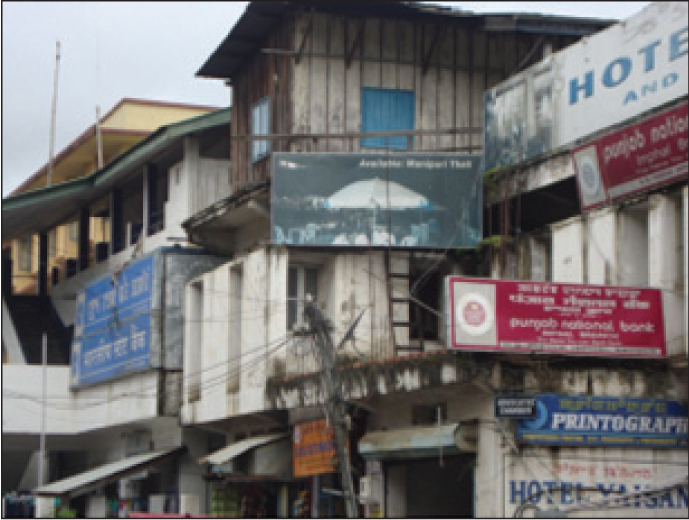 No major challenges have been encountered while implementing the roll-out, except the inadequate availability of communication technology due to geography and terrain for vending. This has been resolved by providing web-based vending through the MSPDCL website, and point-of-sale (POS)-based vending using Itzcash card. Mobile app-based vending is planned to be launched soon. Madhur Kumar Srivastava, deputy general manager, energy, Secure Meters, says, “The system we have deployed in Manipur is an online system that works on a real-time basis. This required communication infrastructure, which was missing in the state. This issue was eventually resolved with the help of other service providers.” 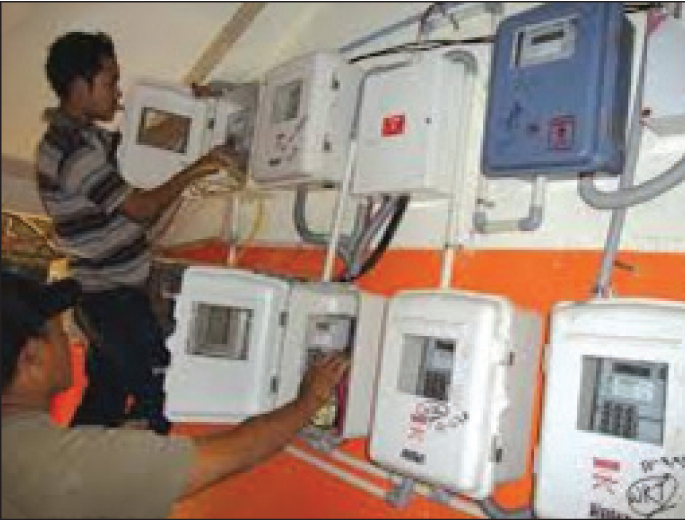 The positive impact of prepaid metering is clearly visible in Manipur. “The monthly revenues from power supply have increased from Rs 55 million-Rs 60 million earlier to about Rs 105 million following the deployment of prepaid meters. In areas where prepaid meters have been installed, the billing and collection efficiency has increased to 100 per cent and there are no commercial losses,” notes R. Sudhan, managing director, MSPDCL.

An accurate quantitative impact of the prepayment initiative on overall performance will be available once all the consumers have been mapped, which is yet to be completed under the Restructured Accelerated Power Development and Reforms Programme (R-APDRP).

From the consumers’ perspective, the overall financial burden of electricity consumption has decreased vis-à-vis the quantity of supply. Prior to the installation of prepaid meters, the Electricity Department often resorted to flat billing, wherein consumers were made to pay as much as Rs 500 per month for only six to eight hours of power supply. With prepaid meters, consumers are being supplied power for almost 16 to 20 hours for the same amount of money. 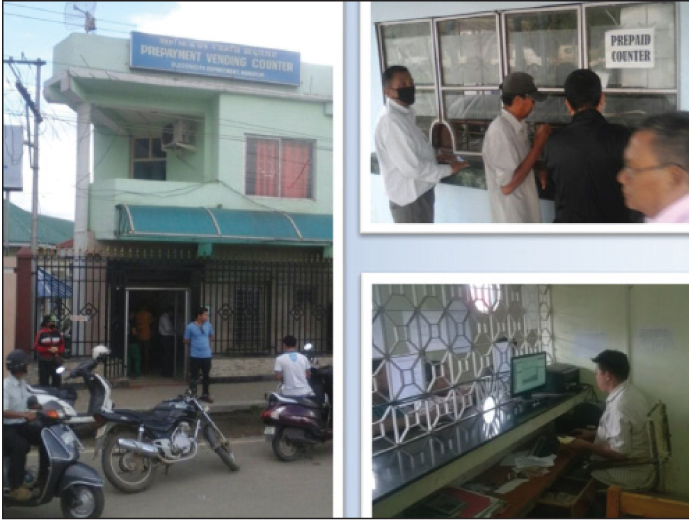 A key factor that has contributed to the success of the initiative is that the state government linked the prepaid meters with improved power supply. As Sudhan explains, “There was a general sentiment among the people that they deserved to receive 24×7 power supply if they were paying for the electricity in advance. We responded to this demand and started improving the quality of supply for consumers with prepaid meters.” The number of consumers in Manipur has been steadily increasing in response to the improvement in power supply.

“We realised that metering in itself will not suffice because people will always have the inclination to bypass the installed meters. So, along with prepaid meters, we installed aerial bunched cables for low tension connections and undertook the sealing of meters to check tampering,” says Sudhan.

So far, prepaid meters have been deployed across 15 states for select consumer segments including temporary connections, government buildings and rented premises to improve collection efficiency. Importantly, directives from state governments and regulatory authorities have played a key role in prepaid meter deployment. In Gujarat and Delhi, for instance, the government issued directives for prepaid metering. In West Bengal and Bihar, the directive came from the regulator. 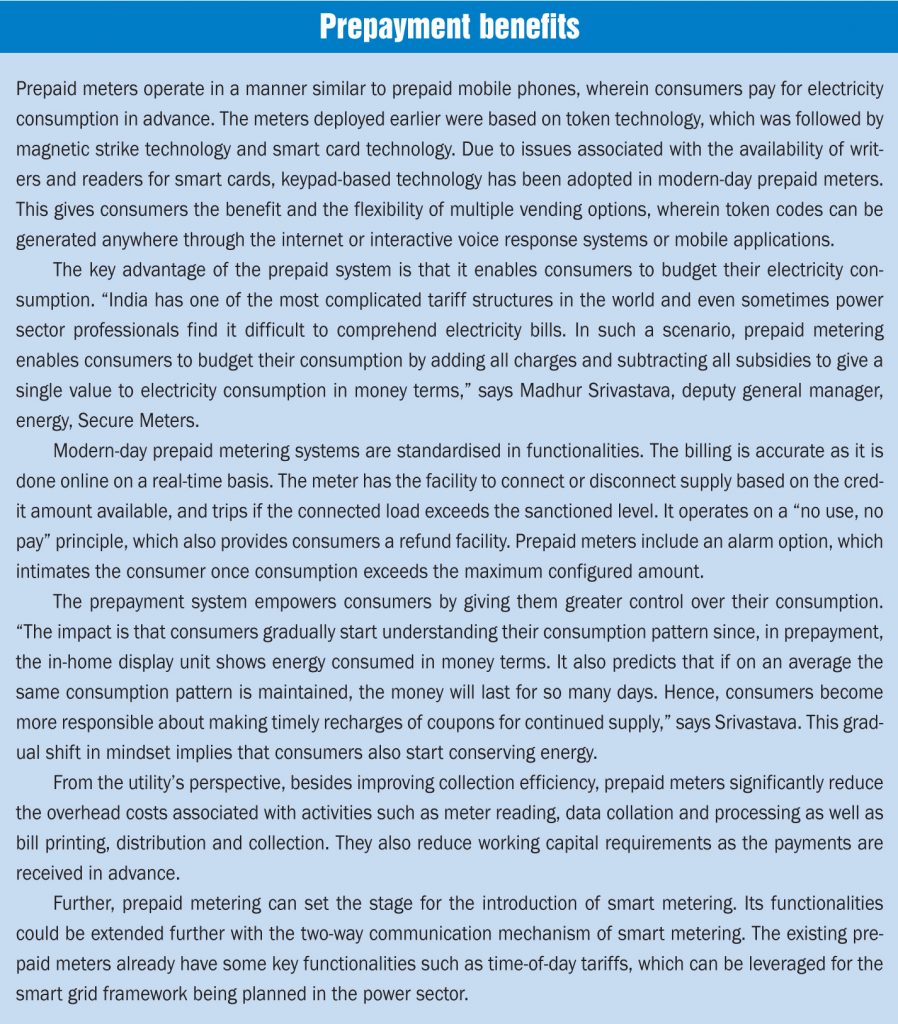 Delhi was among the first states to install prepaid meters. The erstwhile North Delhi Power Limited, which has now been renamed Tata Power Delhi Distribution Limited (TPDDL), installed about 3,050 meters for domestic consumers residing in multi-storeyed buildings in Rohini in 2005. Prepaid metering received another major boost in 2007 when the Delhi government decided to install such meters across all state government offices with a connected load of up to 45 kW. The decision came in light of the huge arrears accumulated by these offices. TPDDL is currently mulling over the idea of installing prepaid meters for consumers who are irregular with electricity bill payments.

West Bengal was also among the early adopters. About a decade ago, the New Town Supply Company, a subsidiary of West Bengal State Electricity Distribution Company Limited (WBSEDCL), procured about 2,500 prepaid meters, which were installed in high-rise buildings in the Raja Ghat area of Kolkata. Since then, the number of installed prepaid meters in the WBSEDCL area has gradually increased to 15,000. The discom is currently trying to integrate the prepayment system with the R-APDRP, following which it plans to increase the penetration of prepaid meters in the state. 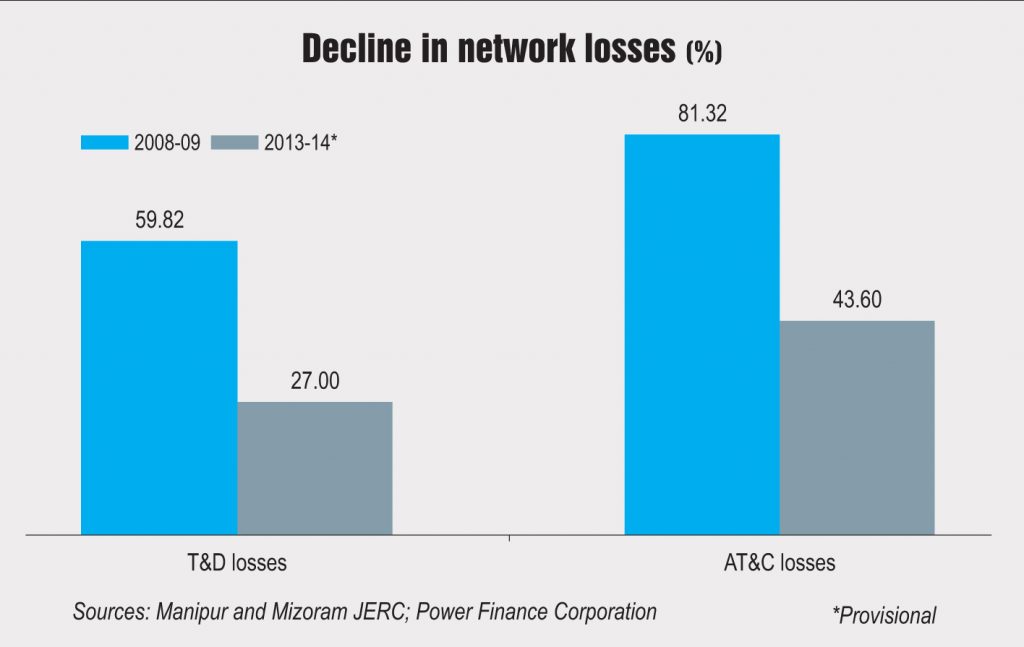 The Uttar Pradesh government is undertaking a major roll-out of prepaid meters across all distribution utilities in the state. Uttar Pradesh Power Corporation Limited has already placed orders for 53,000 prepaid meters, which will be installed in all five discoms, of which almost 3,500 meters have been installed so far in the state. The state regulator is incentivising adoption by providing a rebate of 1.25 per cent in electricity bills to prepaid consumers.

Manipur presents an excellent example of the potential role of prepaid meters in improving the power supply scenario. Discoms in other states can emulate the model and gain significantly from lower overhead costs and improvements in revenue management. So far, the pilot initiatives launched by various discoms have have been slow to pick up pace due to various reasons. Greater thrust is required from state governments in deploying prepaid metering systems and simplifying the tariff structure. Meanwhile, at present, price is a concern for utilities, and an improvement in these will lead to full-scale roll-outs.

Broad-based deployment covering domestic and commercial consumers in low tension networks has also been planned in other states, including Uttar Pradesh. The discoms are gaining more confidence in adopting this new technology. These plans are also being supported by policy initiatives such as the central government’s Ujwal Discom Assurance Yojana for financial restructuring and directives of state electricity regulatory commissions.

With greater deployment of prepaid meters in the coming years, economies of scale are likely to push down prices, adding further to the demand. Meanwhile, with “smart” being the buzzword, the future for smart prepayment meters seems bright. 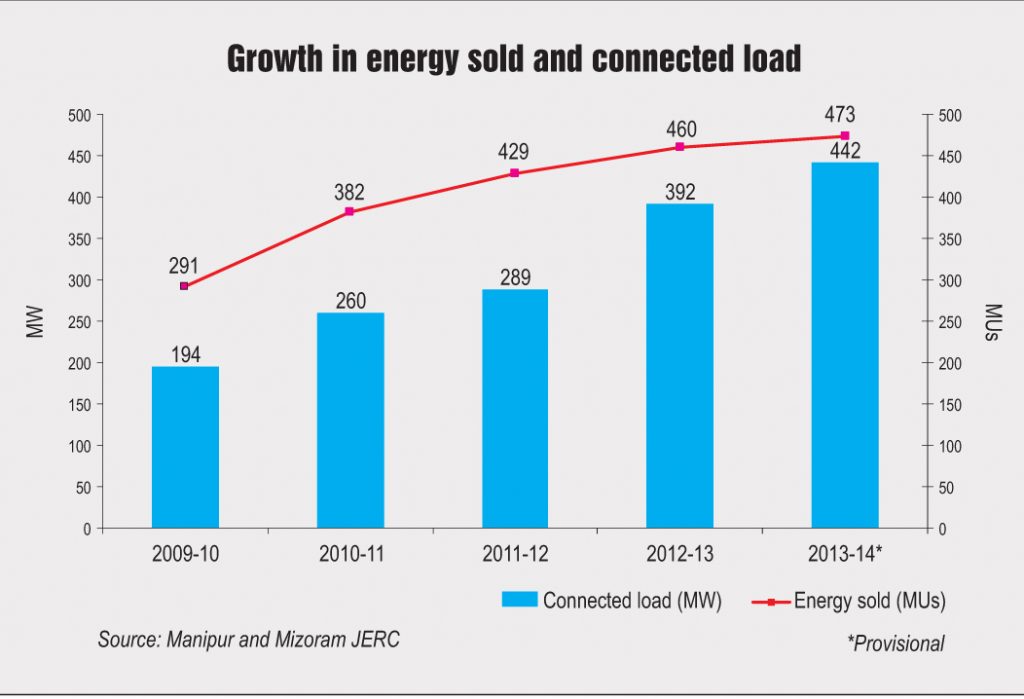 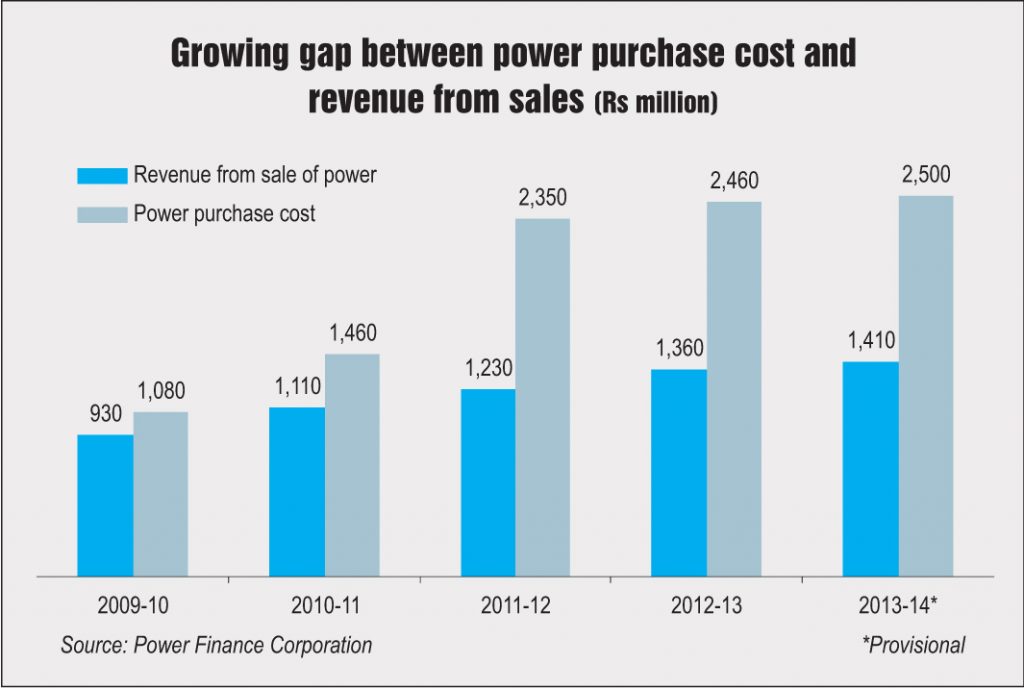