The vital role that electricity plays in the overall development of an area is an acknowledged fact. Yet a large number of Indian villages remain unelectrified due to the lack of grid connectivity. Some private players have stepped in to fill this gap and are converting theoretical models into workable solutions for areas that are either unable to access electricity or have to make do with erratic supply. In this respect, microgrids have emerged as an effective solution, providing many advantages over other alternatives such as solar home systems. Currently, microgrids based on renewable energy sources are being demonstrated by a number of companies in India. According to a report by Goldman Sachs and the US-based Climate Group, roughly 40 companies already serve remote Indian villages and businesses using small renewable energy-based plants, reaching about 100,000 households.

Saran Renewable Energy Private Limited (SREPL), a Bihar-based renewable energy company run by a group of agriculturists and entrepreneurs, is involved in electricity generation using agricultural waste biomass, and distribution through microgrids. The company has installed biomass gasification plants at various locations across Uttar Pradesh and Bihar. The plant uses dual-fuel technology to burn the biomass to produce a mixture of inflammable gases. While diesel is used for initial ignition, agricultural waste procured locally serves as the main fuel for the plant. The initial funding for the company came from the board of directors’ own resources, a bank loan and subsidy from the government. The company is now trying to tap non-resident Indians from Bihar and Uttar Pradesh in an attempt to expand its operations. It is currently executing about 100 off-grid projects with a total capacity of 3 MW in these two states. It now plans to set up several small and large biomass-based power projects across India and is currently exploring opportunities in Jharkhand, Meghalaya and Sikkim.

The main challenges the company faces are finding reliable biomass supplies that do not compete with food production and attracting investment finance.

Founded in 2010, Gram Power delivers electricity through smart grids in remote Indian villages. These smart grids are essentially microgrids that use an array of solar panels connected to a makeshift brick substation. This substation contains a bank of inverters or batteries that store power and a computer that transmits data back to the company’s headquarters in Jaipur. Electricity from the substation is carried to houses connected to this grid through wires on wooden poles. All households are fitted with a smart meter, which can be used by consumers to monitor their electricity usage and thereby, their electricity bills. These smart meters have helped the company focus on efficient distribution of energy by enabling the detection and elimination of theft and pilferage. Gram Power offers consumers a prepaid system to buy power, wherein local entrepreneurs buy bulk energy credit from the company and sell it to people using its prepaid energy selling devices. It also recruits a local entrepreneur to operate and maintain the plant.

Gram Power succeeded in securing initial funding through grants from global entities such as Alibaba.com, Intel Corp. and the University of California, Berkeley. Alibaba.com also helped the company get initial suppliers. An angel investment of $1 billion by a Swiss company in 2012 gave Gram Power the desired push. The company has already installed its smart grid in 30 villages and has 30 others in the pipeline. It also has plans to venture into the African market.

Another Bihar-based renewable energy company, Husk Power provides low-cost mini-biomass-based power plants and distribution solutions to electrify rural villages that lack grid connectivity. Incorporated in 2008, it set up its first plant as an experiment in Champaran, Bihar, to assess the off-grid power market in the region. It has since installed microgrids at 84 locations across 300 villages and reached about 200,000 people across Bihar.

Husk Power uses a biomass gasification-based electricity generation process where the plant converts biomass waste such as rice husk into gas that powers a turbine to generate electricity. The model’s biggest strength lies in the fact that it uses rice husk as the main fuel for operating its plants. Rice husk does not have many alternative uses.

The company’s business model builds on local entrepreneurship, with each plant being franchised to a local entrepreneur, who owns and operates it. After-sales service and maintenance are handled by the company. Husk Power sells six hours of electricity daily for Rs 160 per month. The company plans to convert three more of its installations into hybrids of rice husk and solar to study their viability. The company is looking to raise about $10 million for expanding its operations in India and Africa.

Minda NexGenTech Limited (MNGTL) was incorporated in April 2011 under the Uno Minda-NK Minda Group to undertake renewable energy projects for the group. The company is involved in power generation through off-grid power plants and microgrids to power rural areas that lack grid connectivity. It currently has operations in states such as Uttar Pradesh, Tamil Nadu, Rajasthan, Maharashtra and Bihar.

MNGTL has set up both solar PV plants and biomass-based power plants. In rural areas, it operates through either state government tenders for providing electrification services and solutions, or village-level entrepreneurs. The latter invest in the plant either through self-funding or with the help of grameen banks. It provides electricity connections, each comprising two LED lights and a mobile phone charging unit, to village households. The set-up comprises a solar panel, a charge controller, distribution lines to individual households, LED bulbs and a mobile phone charging point. The modules needed for the set-up are sourced largely from domestic manufacturers.

The company has tied up with the International Finance Corporation, an arm of the World Bank, to provide off-grid lighting solutions based on renewable energy. It aims to reach over a million people in 1,500 Indian villages by 2016.

Mera Gao Power operates microgrids in a number of villages across Uttar Pradesh. It provides DC electricity produced using solar PV panels to villages for seven hours in the evening, sufficient to power two light bulbs and a mobile phone charger. The company has provided LED light bulbs and chargers compatible with DC to its customers. Installation of the microgrid takes only a day and costs about $900. Besides installing the grid, the company trains local electricians, who inspect the grid once every two weeks. The company has been taking help from local women’s self-help groups for collecting payments.

Mera Gao Power has used private funding for all its projects and not received any subsidy from the government. It has received $300,000 from USAID and raised $1 million in equity for expansion in the coming years.

Gram Oorja is involved in installing microgrids based on biogas and solar power for remote village electrification. It installed its first solar microgrid in Darewadi in Maharashtra in 2012. The company now operates similar units in various villages in Karnataka and Maharashtra. Once the microgrid is installed, the houses are connected to the single-phase grid through distribution poles. All the houses are metered and consumers pay a monthly charge based on their usage.

Gram Oorja helps villagers set up a local committee, comprising both men and women. They are responsible for making all major decisions concerning the microgrid. In addition, the company trains a local resident to clean the solar panels and undertake basic maintenance work. It has successfully installed about 10 microgrids in Maharashtra and Karnataka.

Decentralised Energy Systems Private Limited, more commonly known as DESI Power, is an independent rural power producer. Established in 1996, it was jointly promoted by DASAG Energy Engineering Limited, Switzerland, and Development Alternatives, New Delhi. It utilises various renewable energy technologies and installs suitable combinations depending on the needs of the villages. DESI Power has built and operates 15 biomass gasification power plants in several villages across India. It has also installed microgrids at seven locations. In addition, the company has installed “tiny grids” (small pre-packaged solar PV power supply units with a capacity of 1.2 MW each) at six locations.

The company has been instrumental in helping villagers form cooperatives and societies, which serve as local partners for DESI Power. These local partners are responsible for organising biomass and collecting revenue. Revenue is collected on a daily basis to give flexibility to customers.

The company is currently implementing 40 tiny grid projects under the Swiss government’s Renewable Energy & Energy Efficiency Promotion in International Cooperation scheme. Subsequently, it plans to set up 1,000 tiny grids on a commercial basis across Bihar. The company is of the view that tiny grids can help stimulate the electricity markets in these underserved areas.

Gurgaon-based OMC Power is a key microgrid player in Uttar Pradesh. It is engaged in developing small-scale power plants based on renewable energy sources. The company sells electricity generated from these plants through microgrids installed at telecom tower sites in rural areas. The company has built its own independent power lines and outlets to reach each village house that subscribes to its service.

The company currently provides power for about 70 cellular towers and the adjoining villages. In the coming years, it plans to replicate this model in more villages. In 2015, it partnered with US-based SunEdison to build micro power plants in rural areas. The aim is to install 5,000 plants at a cost of about $500 million over the next three to five years. 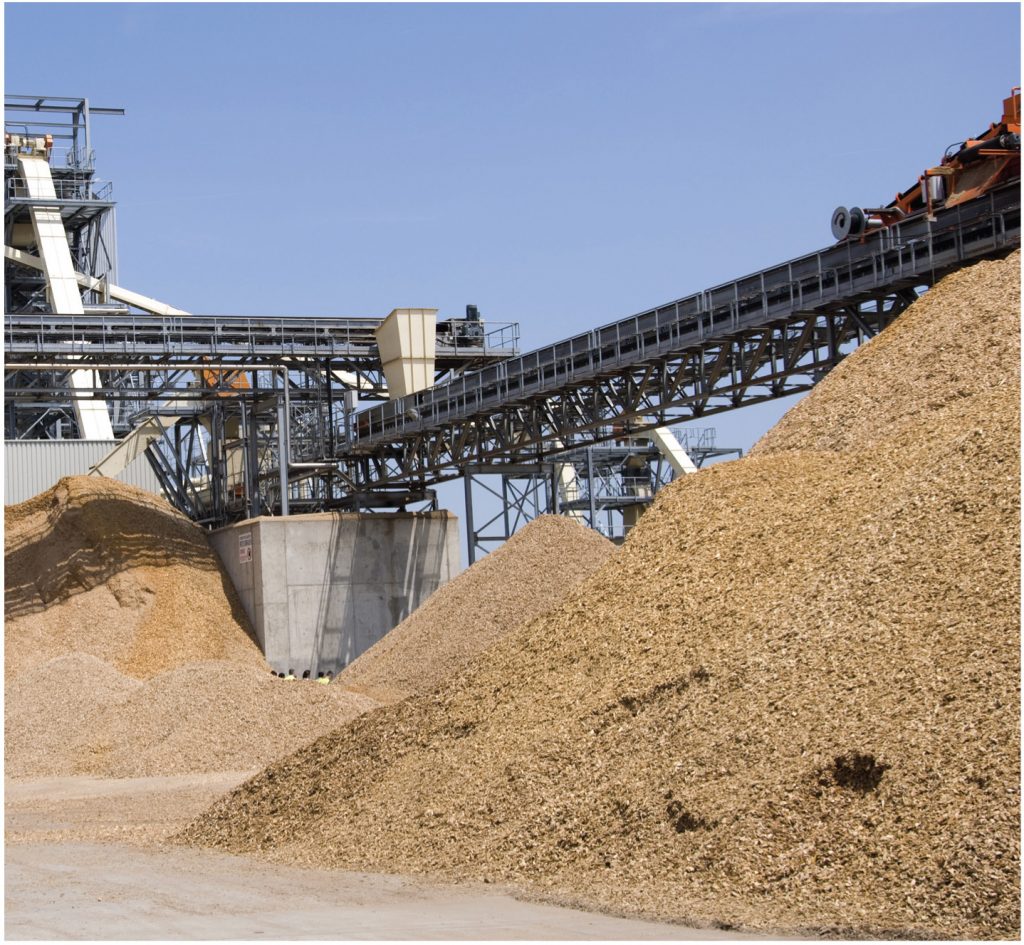 While, the potential of microgrids in power starved rural India has already been recognised, their applications in urban and industrial areas have not yet been much explored in the country. Even though most of the urban areas are electrified, they face a number of problems like poor power quality, reliability, increasing demand, congested networks and frequent power cuts. Moreover, there can also be widespread and longer outages due to some unforeseen climatic or other events. In all such cases, microgrids can come to the rescue, providing power not only during these times of need but also otherwise.

It is prudent to install microgrids for various establishments, more so for those that have a high demand for energy, energy intensive operations or where interruption in critical operations may affect revenue, safety, security or lead to loss of data. Potential establishments include military bases where power shutdown could impose security risks, hospitals, industries where interruptions in power supply lead to loss in productivity and densely populated areas where the existing network cannot be expanded.

Microgrids can support in making the utility infrastructure more robust and resilient; and also boost the smart city infrastructure. Illustration of an urban application of microgrids in India is the microgrid that was installed by ABB in the heart of New Delhi, at Automation and Power World (APW) 2015.

Although microgrids have not been deployed on a large scale yet in India, they can serve as intermediate steps between individual generators and the national grid. They can connect and disconnect with the main grid, use renewable energy sources which are cleaner and available in plenty and address the economic impacts of unanticipated events.

This independently compiled special section on “Microgrids” has been made possible with the support of ABB. 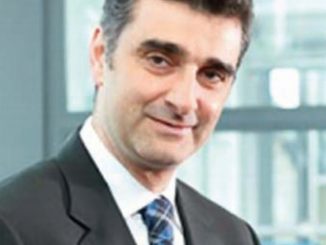 July 11, 2017
Utilities globally are realising that digitalisation is the way forward to cope with the rapid changes and [...]
More