With the notification of the much-awaited amendments to the Tariff Policy, the government has achieved another milestone in power sector reforms. While the amendments mostly succeed in meeting the industry’s expectations, attention has now turned to their execution in the right spirit. Sector experts comment…

What are the key benefits that the amendments to the Tariff Policy are expected to bring to the power sector? 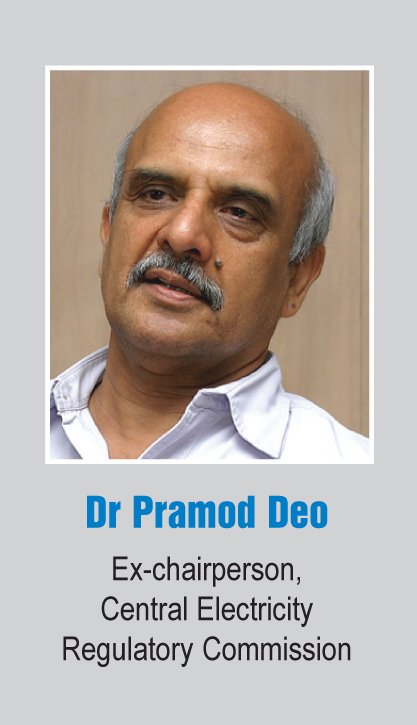 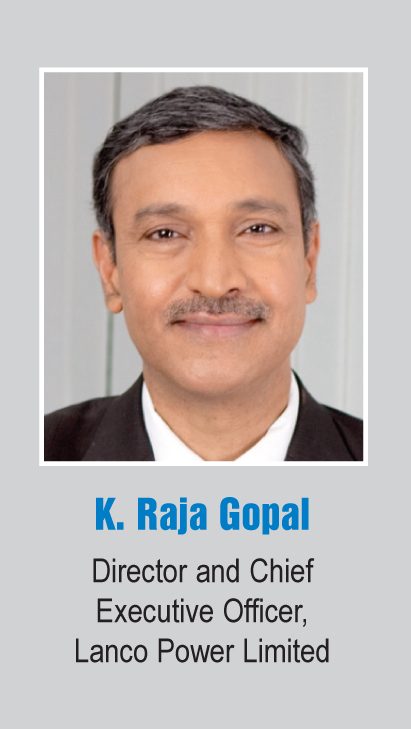 Many amendments in the Tariff Policy are beneficial for the growth and overall health of the Indian power sector. Some of them are:

The most significant amendments are for the renewable energy sector, like the fixing of definitive targets for renewable generation, exemption from interstate transmission charges and the development of microgrids. They will help in the rapid development of renewables, especially solar. 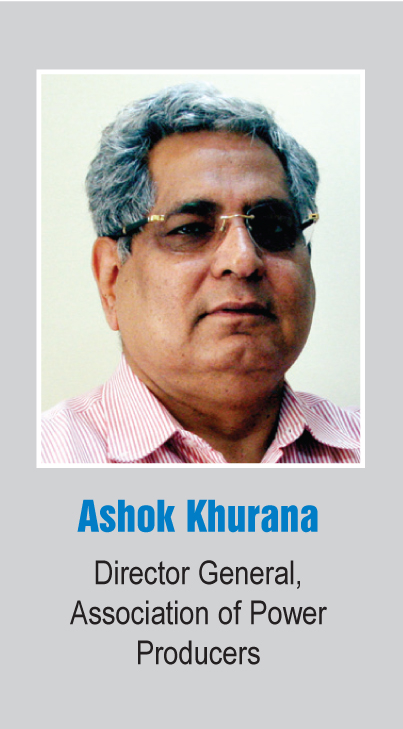 Some of the welcome changes are: 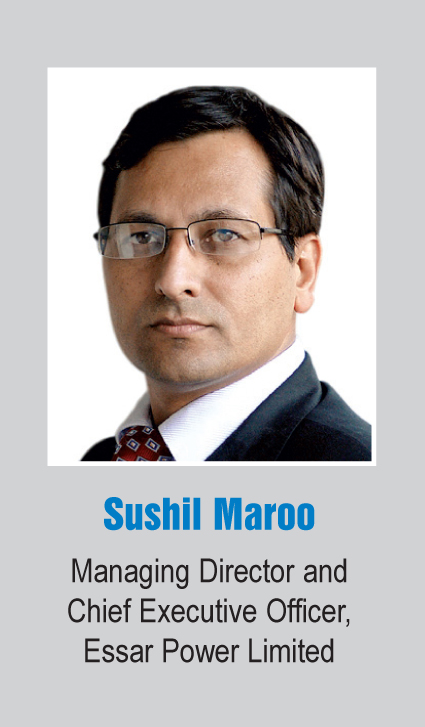 The amendments are expected to bring broad-based benefits for the economy, the sector and the consumer. They will give a major boost to the renewable

energy sector as discoms have been targeted to source 8 per cent of their total consumption from solar power by 2022. They will also ensure the compulsory purchase of power from waste-to-energy plants. The removal of charges for interstate transmission and for losses on solar and wind energy is a step in the right direction. The government’s move to specify RGOs for new coal- or lignite-based thermal plants after a specified date is another welcome step.

The amendments aim to achieve the objective of providing power to all at affordable rates. They lay down a roadmap to ensure that power can reach the remotest of villages by regulating the grid and tariffs. Allowing producers a one-time expansion at 100 per cent of the existing capacity at the same site with tariff, sale of unrequisitioned power, encouraging captive power plants and giving an impetus to renewable energy, particularly solar and hydro, are encouraging and will help the economy maintain its growth momentum.

The amendments also outline a strategy that does not compromise on environmental issues, including measures to increase renewable power generation and use treated sewage water. 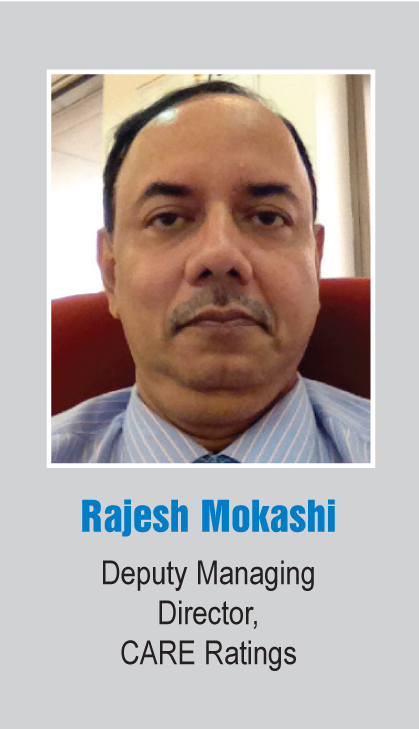 The key benefits expected from the Tariff Policy amendments are:

Do the amendments adequately address the challenges currently being faced by the sector?

The amendments do not adequately address the challenges. The tariff policy is only a guideline and reflects the central government’s good intent. The real test will be how the states fall in line with the changes. Unless their current issues are addressed and the performance of discoms improves, the amendments will be unable to bring a real change. The central government might lay down very good principles, but in the end they have to be adopted by the respective state governments to lead to results on the ground. Since almost all discoms are state owned and regulatory commissions work as per the wishes of respective state governments, the amendments might not bring the desired outcomes. A political dialogue is required between the central and state governments to ensure the efficient implementation of the policy. Since electricity is for all practical purposes a state subject, the absence of “enlightened” steps is holding back policymaking and implementation in the power sector.

It should be understood that the sector is currently facing multidimensional challenges on various fronts like PPAs, coal, railways, finance and environmental issues. The Tariff Policy alone cannot provide every solution. However, a genuine effort has been made by the government to resolve issues like:

It is for the utilities and states to implement the Tariff Policy guidelines to resolve disputes and improve power availability.

While the revised policy has stated that any changes in the domestic duties, levies, cess or taxes imposed by the central or state governments will be treated as a change in law, it has also specified that they will be treated as pass-through in PPAs, subject to the approval of the commission, unless provided otherwise. The industry feels that this leaves open a window for further delays and disputes. The best way would have been to allow these incontestable factors to be included in the tariff immediately upon the imposition of levies/duties/taxes. In case of a dispute, a truing-up mechanism could decide the quantum of increase.

The amendments are for the betterment of the sector. However, they are not enough for addressing all the challenges faced by it.

For the first time, the amendments  provide for the creation of microgrids, the missing link in the distribution of power to the remotest villages. This will provide a fillip to distributed capacities (off-grid plants, mainly renewable energy) and also encourage rooftop generation. When the conventional grid reaches full capacity, excess power can be sold to the grid through net metering. The increase in the solar RPO from 3 per cent to 8 per cent in the new Tariff Policy will boost solar projects.

Allowing fuel price pass-through in power tariffs for imported coal or e-auctioned coal-based plants will enable such plants to remain viable and earn a reasonable return even when coal prices rise sharply. The fuel price variation risk will be a pass-through to the offtakers, insulating generators from losses. The introduction of smart meters, at least for commercial and industrial users, will alter their consumption pattern since tariffs will be different for peak and non-peak hours (ToD tariffs) and help discoms manage demand.

Because of the demand slowdown, discoms are resorting to the back-down of base capacities (not offtaking the contracted power under long-term PPAs). Allowing baseload stations to sell undrawn power in the merchant market (capacity that would otherwise have been backed down) will:

Which of the sector’s expectations have not been addressed by the amendments?

The unresolved issues pertain to power projects that have been stranded due to the coal reauctions. It is necessary to provide some special dispensation in such cases, which cannot be achieved through the Tariff Policy. Since it is only a product of the Electricity Act, it cannot supersede the substantive provisions existing under the law. For instance, the issues faced by Mundra’s imported coal projects will not be solved unless the Supreme Court’s judgment upholds the central electricity regulatory commission (CERC’s)

dispensation; they will require an amendment in the act itself. However, the Tariff Policy has taken some positive steps such as the pass-through of coal prices in the cost of power without any restrictions. This suggestion had earlier been made by the CERC but the SERCs were reluctant to implement it. Thus, it will strengthen the hands of  SERCs but its success is dependent on their willingness to accept the reality that power costs will shoot up with this dispensation.

The amendments attempt to remove the bottlenecks in the sector for the benefit of future projects but certain legacy issues have been left unaddressed. These include:

Looking at the stress in the sector due to the legacy issue of under-recovered fixed and variable costs, and the ground reality that the majority of cases are still pending a resolution, the industry was expecting the government to formulate a mutually acceptable process to correct the bleeding balance sheets of developers. Unfortunately, the way things are going, the process might take its toll and many projects could actually turn into non-performing assets.

While the amendments have addressed most of the sector’s expectations, their success lies in effective implementation. Installing smart meters will require capex, which will have to be incurred by the discoms. Unless the state gives grants or soft loans, it will be difficult for smart metering to take place.

The policy could have addressed the allowing of pass-through of actual transportation costs for power plants constructed on the basis of captive coal blocks. Moreover, we need simple and straightforward changes in law that allow the procurer to increase taxes, duties and levies without going to the appropriate commission. Some critical issues that need to be addressed are the delays in regulatory processes and the lack of bidding opportunities for producers. We are awaiting more announcements on resolving issues like fuel supply for power plants by 2022, when 177 GW of renewable power will be transmitted to the grid. We would also have liked to see a comment on the prevention of assets being stranded by allowing the one-time conversion of PPAs concluded under Section 63 to Section 62 of the Electricity Act, 2003.