The Indian Energy Exchange (IEX) has come a long way since its incorporation in 2008, trading over 150 BUs of electricity so far. It provides a competitive, transparent, reliable and state-of-the art technology-driven platform to generators, utilities and industries for power trading. In an interview with Power Line, S.N. Goel, chief executive officer and managing director, IEX, shared his views on the organisation’s achievements and outlook for the short-term power market, as well as the issues and challenges facing the sector. Excerpts…

How do you view the country’s short-term power market as compared to two to three years ago?

In my view, the short-term market is the brightest spot in the power sector value chain. The market has seen growth ever since its formation/creation and has increased at a compound annual growth rate of 22 per cent over the past six years. The size of the short-term market in 2015-16 is estimated to be about 118 BUs, marking a growth of 20 per cent over the previous year. Today, the short-term power market has an 11 per cent share in the total power generation while the potential for growth is about 20-25 per cent. The market potential for future growth clearly reflects the need to further strengthen the market mechanism.

What were the key accomplishments of the IEX during the past one year?

Some of the key accomplishments of the IEX over the past one year are:

What is the outlook for trading volumes and prices at the exchanges in the near future?

With an installed generation capacity of 288 GW and peak demand at mere 153 GW, we have ample spare capacity available for sale in the market. Further, a significant increase of about 9 per cent in domestic coal production and reduction in prices of imported coal has considerably improved the availability of coal, thus providing competitive prices for power at the exchange. Against the backdrop of these developments, we expect prices in DAM on the exchange to continue to be on the lower side in the near term, ensuring that the exchanges remain the most competitive avenue for power purchase. Thus, we expect a bright outlook in the near future.

What are your views on the recently released guidelines for short-term power procurement? How would it impact power trading at the exchanges?

What is your outlook for the trading of RECs?

As mentioned earlier, the IEX witnessed a 103 per cent increase in trade in the REC market during 2015-16 as compared to the previous fiscal. By the end of 2015-16, 5 million RECs were traded cumulatively at both the exchanges while the inventory stood at 16.6 million. For the REC market to gain further momentum, the enforcement of renewable purchase obligations (RPOs) on the obligated entities, especially distribution companies, by the state electricity regulatory commissions is the first and foremost requirement. In order to make the market robust, stringent compliance and monitoring are imperatives. We require RPO compliance on a monthly basis instead of the existing annual compliance requirement.

What is your view on the recently released draft regulations for the trading of energy saving certificates (ESCerts)?

The draft regulations for the trading of ESCerts are a welcome step in establishing the ESCerts market. They provide a framework for trading ESCerts on exchanges and clearly identify the roles and responsibilities of the regulator, the nodal agencies, the power exchanges, the designated consumers and other stakeholders. The regulatory provisions are awaited and we expect trading in ESCerts to start in this fiscal year only.

How has the IEX evolved as an organisation over the years?

Today, the IEX is playing an important role in providing a competitive, transparent, reliable and state-of-the art technology-driven platform to generators, utilities and industries for trading of power. We have successfully positioned the exchange as the fulcrum of the power market and the sector at large. In addition, we pioneered the implementation of open access in distribution. Incorporated in 2008, the IEX has strengthened and evolved as an organisation in the past eight years. Today, we have over 3,800 participants from 29 states and five union territories, over 3,300 open access consumers, over 300 generators and daily average trade of about 100 MUs. On a cumulative basis, the exchange has traded a significant volume of over 150 BUs so far.

What is your future roadmap? Are some new products being planned by the IEX for the next two to three years?

With the central government aiming to supply power on a 24×7 basis, we expect the short-term market to grow further and reach new heights. The development of the power market is our key focus to spur growth and progress. Cross-border trade, green contracts and the ESCerts market are new segments that we plan to introduce this year. With the commissioning of new transmission lines, congestion in the interstate transmission network is expected to reduce significantly, which would infuse liquidity and at the same time increase market depth. Today, due to transmission congestion, many buyers are procuring power under bilateral arrangements so as to book corridors in advance and have to pay a premium for that. Once the issue of congestion is addressed, buyers will have the comfort of buying power at the exchanges, which will further increase market penetration for the IEX.

What is your view on the implementation of open access in the country? How are high open access charges in various states impacting the short-term power market?

Open access is the key cornerstone of the Electricity Act, 2003. Even after 13 years of its enactment, the Act remains partially implemented. Meant to spur competition and bring viability in the sector, open access is unfortunately being perceived as a threat by many state governments. Due to this, a few distribution companies have fixed high open access charges making it unviable, while others rely on infrastructure or other regulatory impediments to dissuade open access. For the government to accomplish Make in India, the success of open access is pivotal as also rightly recognised in the National Economic Survey 2016.

What are some of the challenges facing the IEX and how do you plan to address these? What are your key priorities for the IEX?

For the IEX, the key priority in the near term will be to address the existing challenges. Some of the challenges faced by the exchanges are: 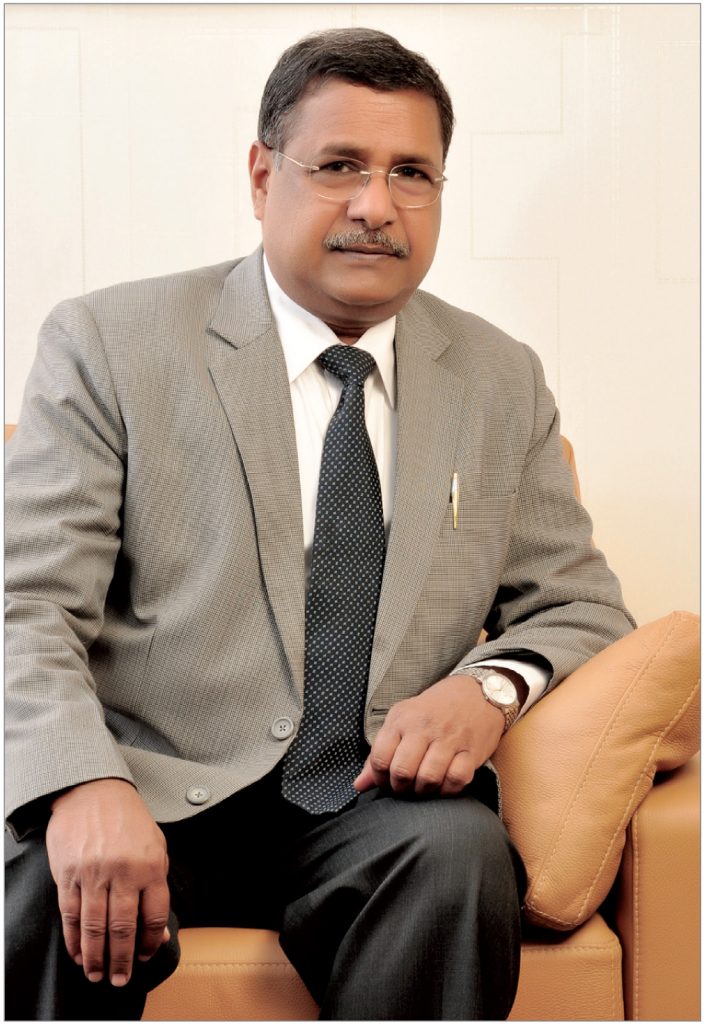 What is the likely impact of UDAY on the power sector?

Distribution is the weakest link in the power sector value chain. UDAY is a promising step, which provides a holistic solution to arrest high commercial losses and improve the deteriorating financial health of the distribution utilities. It will not only bail out distribution companies from the mounting debt but will also direct them towards operational efficiency and optimal utilisation of available resources. The benefits accrued will enable distribution companies to provide affordable, regular and quality supply of power.

What is your overall outlook for the power sector?

The power sector has witnessed a paradigm shift over the past decade, and we remain quite optimistic about the future prospects of the sector. As a country, we are now quite comfortable on the generation front and every year a significant capacity, from both conventional and non-conventional sources, is being added to the grid. In the past eight years, the installed capacity has increased from 143 GW to 288 GW, up by over 100 per cent. Generation has increased with the increased availability of domestic coal and several gas-based units, which were earlier stranded and are now generating power. Consequently, power shortages that were earlier a norm are now a thing of the past. The commissioning of several interregional transmission links between west and north, and west and south has reduced congestion although much more remains to be accomplished in order to connect the pockets of power-deficit areas with power-surplus areas. Huge hopes are pinned on UDAY to bring the much-needed fiscal vibrancy in the sector, which is currently under heavy commercial losses and debts. The renewable energy goal of 175 GW by 2022, if realised, will make India a global leader in renewable energy and change our lives radically.