Power Transmission Corporation of Uttarakhand Limited (PTCUL) was incorporated in 2004 to comply with the unbundling requirements of the Electricity Act, 2003. Prior to that, the transmission and distribution assets in the state were owned and operated by Uttarakhand Power Corporation Limited, which was set up following the creation of the new state of Uttarakhand in 2000.

PTCUL is responsible for operating, developing and maintaining the high voltage and extra high voltage transmission lines and substations in Uttarakhand along with performing the load despatch functions. Despite numerous challenges such as the unavailability of suitable land for substation construction, right-of-way problems in the construction of transmission lines, and the long and tedious process of land transfer and obtaining forest clearances, the utility’s performance in terms of network expansion and operational efficiency has been good in recent years. Its transmission availability has consistently remained above 99 per cent, while its transmission losses have been below 2 per cent.

With the aim of strengthening its network, PTCUL is looking at a significant investment of about Rs 45 billion in its transmission infrastructure over the next five years. Simultaneously, there is a strong focus on the deployment of IT solutions to enhance operational efficiency. 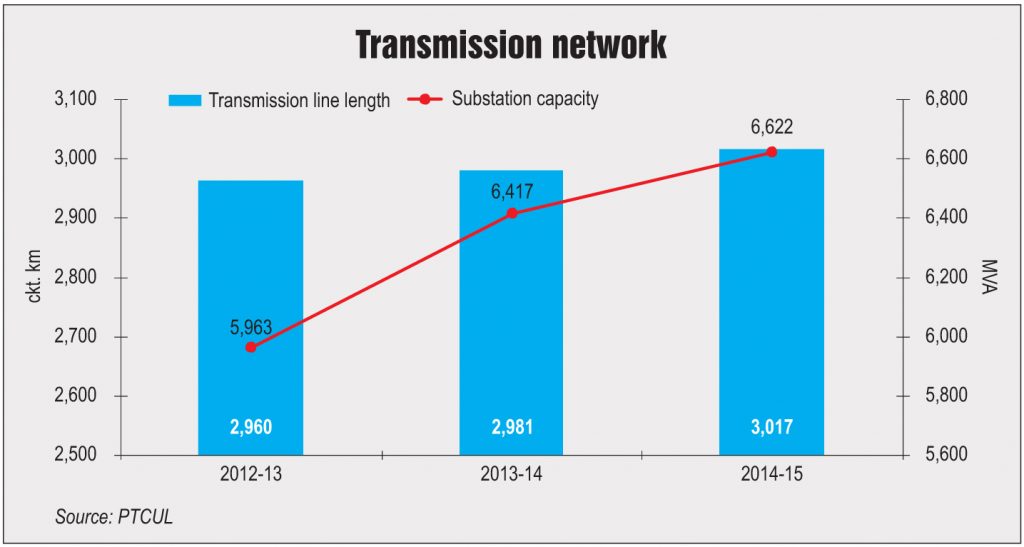 Over the years, PTCUL has consistently enhanced its transmission system availability, at the same time curtailing its transmission losses. Further, it maintained a transmission availability of above 99 per cent between 2010-11 and 2014-15. At present, PTCUL has a transmission capacity of 2,997 MW at the 132 kV level, as against a maximum load demand of 1,900 MW. In 2014-15, transmission losses stood at 1.78 per cent as compared to 1.83 per cent in 2010-11. However, currently, transmission losses in the state are at around 1.76 per cent.  In order to overcome issues pertaining to land availability, PTCUL has initiated the construction of gas-insulated substations. Moreover, the Uttarakhand Integrated Transmission Project scheme, being undertaken by PTCUL for the evacuation of about 5,000 MW of power from upcoming hydro projects in the state, is using multi-circuit towers in view of the limited corridor and in order to minimise the impact of deforestation.

In addition, PTCUL has undertaken a variety of IT initiatives to augment the operational efficiency of its transmission system. The utility has deployed a supervisory control and data acquisition (SCADA) system for smart grid management. It has also developed a data centre and various software tools are being used for project monitoring purposes. The utility has also undertaken in-house system studies and network planning using software like Mi-Power, PSS and 2D/3D modelling.

The profiling of transmission lines is also being undertaken using PLS-CADD and PLS-Tower software. PTCUL is in the process of establishing a disaster recovery system for its data centre. It also plans to shift from the current physical data centre to a cloud-based server to ensure better recovery and security. Moreover, PTCUL has been deploying emergency response systems for emergency restoration of transmission lines in the event of a breakdown. 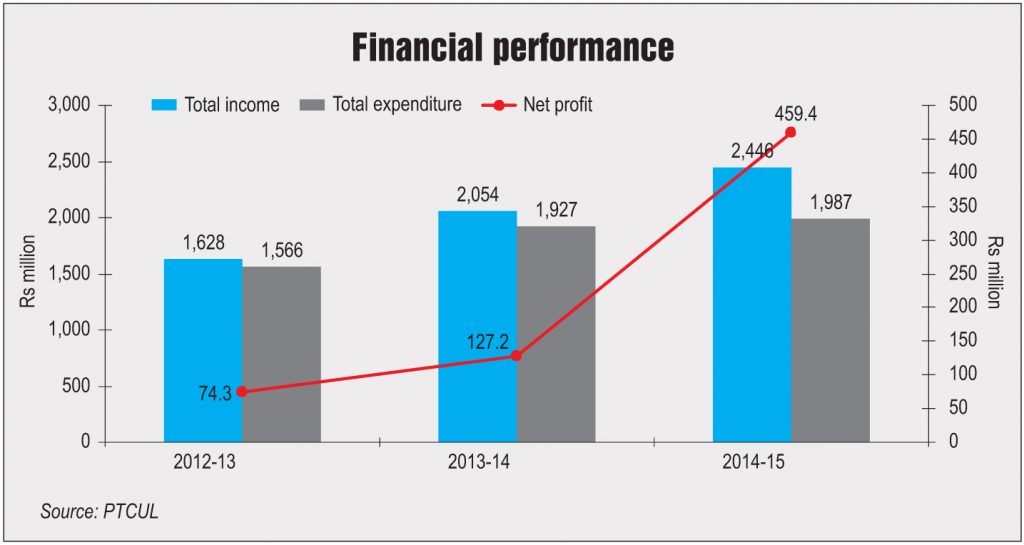 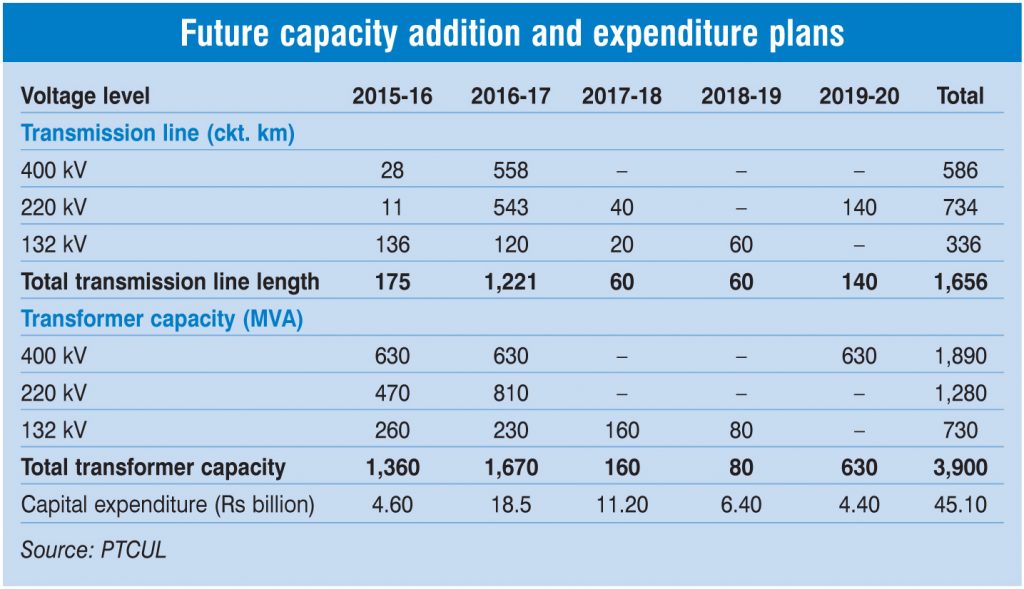 Apart from expanding its transmission infrastructure, the utility also intends to adopt various technologies to improve the reliability, availability, stability and security of its transmission system. It aims to develop cost-effective, high capacity transmission corridors, as well as deploy FACTS (flexible alternating current transmission system) to enhance the transfer capacity of its lines. In addition, the company plans to undertake geographic information system mapping of its transmission assets, multi-circuits and multi-voltage transmission lines; hotline maintenance; SCADA and energy management system deployments at the state load despatch centres; and substation automation at the substation level for load despatch on a real-time basis. It also plans to put in place energy accounting systems and make use of optical fibre networks for communication purposes.

Going ahead, the main challenge for the utility will be the timely completion of projects to prevent cost overruns. As PTCUL embarks on digitally enabling its infrastructure, further improvement is expected in its operational efficiency.