Power Line takes a look at KPTCL’s existing infrastructure, operational and financial performance as well as its future plans to meet the state’s energy needs… 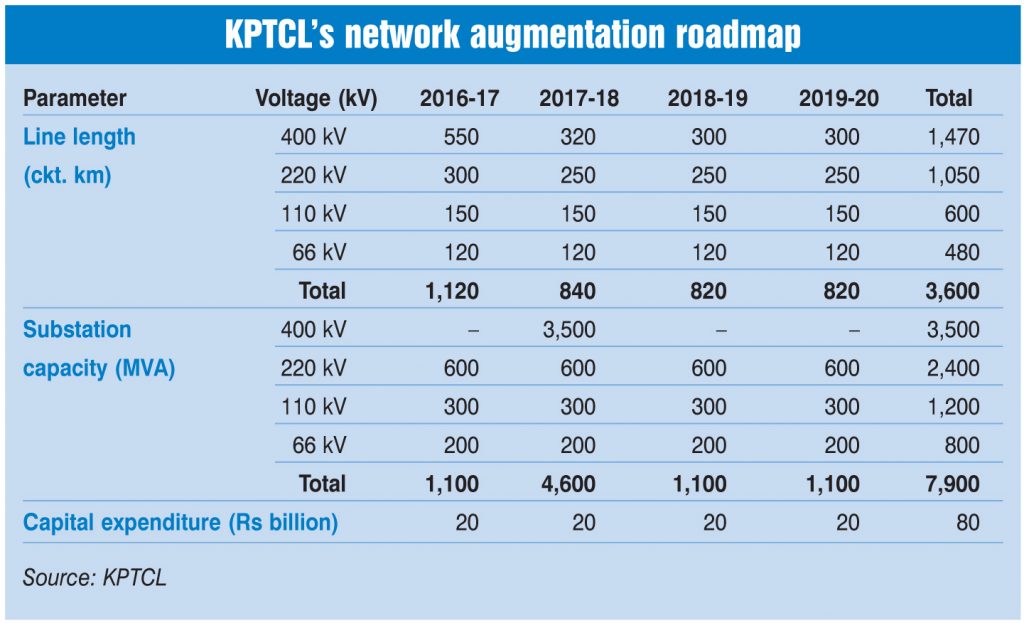 KPTCL has chalked out an ambitious growth plan to meet the increasing power demand (mainly of its urban population) and to augment the power evacuation capacity in the state. The utility will focus primarily on establishing new links between the upcoming (as well as the existing) conventional and renewable energy plants, and the load centres, as well as strengthening the existing transmission network. 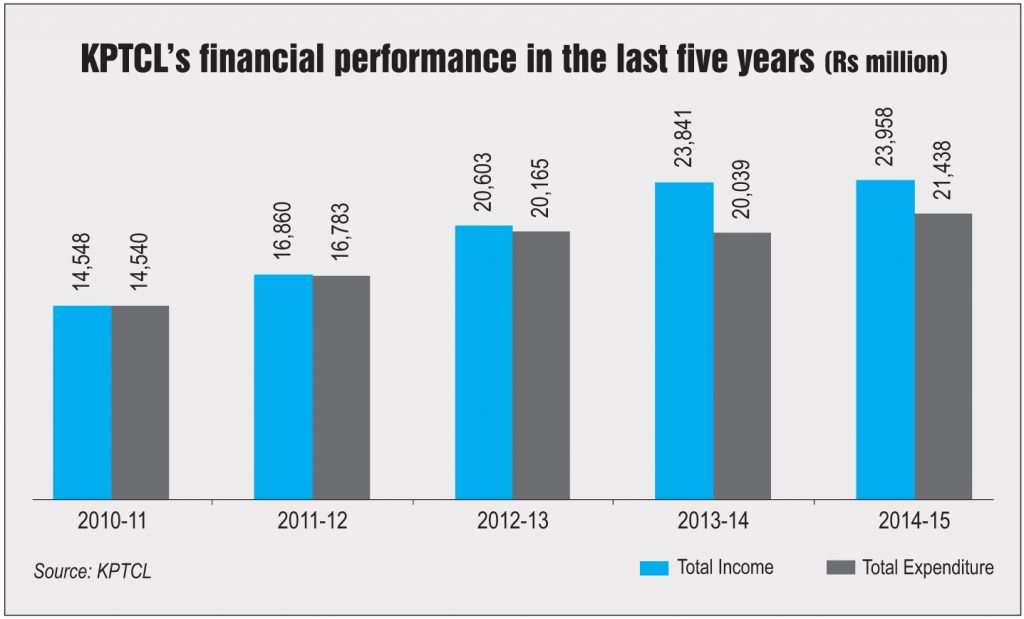 One of KPTCL’s key focus areas is setting up adequate transmission capacity to meet the power demand in urban areas. Bengaluru, which accounts for around 25 per cent of the state’s power consumption, has been reportedly witnessing a 15 per cent annual increase in its power demand. In order to meet the city’s growing demand, KPTCL has recently announced a number of measures. These include the strengthening of the existing single circuit 220 kV lines to double circuit lines, clearing hurdles in the North-South corridor to transmit power to Bengaluru from North Karnataka, and adding another 220 kV line dedicated to Bengaluru. In addition, the company has announced its plans to set up gas-insulated switchgear substations in areas like ITI, Koramangala, Kumbalgodu and Manyata Tech Park in the city. It will also focus on improving the transmission network in the outskirts of the city.

Apart from Bengaluru, KPTCL plans to increase capacity in Tier II cities and major towns in the state. This move is likely to improve the power supply scenario and help ease the power transmission network, especially for meeting peak hour electricity demand.

In sum, given the state’s growing energy demand, KPTCL’s measures to strengthen the existing transmission network are steps in the right direction. This would also offer adequate evacuation capacity for the upcoming renewable energy projects in the state. Besides, the company’s increased focus on improving transmission in urban areas augurs well for the state, which is known for its information technology sector.