With a portfolio of critical transmission projects including green energy and high capacity power transmission corridors, public major Power Grid Corporation of India Limited (Powergrid) is leading the development of the country’s power transmission segment. In his first interview to Power Line after assuming charge as chairman and managing director, Powergrid, I.S. Jha, talked about the company’s performance in the past year, top priorities, new technologies, as well as the outlook for the sector. Excerpts…

What have been the major achievements of Powergrid in the past year?

The past year has been excellent, particularly with respect to project execution and commissioning. We have capitalised projects worth Rs 317.88 billion, which is the highest amount for any year so far. In physical terms, we have commissioned 13,717 ckt. km of lines, which is also the highest. This includes prestigious projects including the ±800 kV Biswanath Chariyali–Agra HVDC transmission system with a capacity of 1,500 MW (Pole 1). In terms of financial performance, our gross fixed assets have gone up to Rs 1,500 billion as of March 2016. Our annual income has reached Rs 212.81 billion registering a growth of almost 19 per cent in the past five years. For the first time, our profit after tax crossed the Rs 49 billion mark to reach Rs 60.27 billion in 2015-16. Further, of the government’s plan of tendering Rs 1,000 billion worth of projects last year, Powergrid alone has issued tenders worth more than Rs 500 billion. Another key achievement was the increase in transfer capacity by about 71 per cent towards the southern region grid and more than 100 per cent towards the northern region grid. Today, there is more or less seamless flow of power across the regions.

What are your top priorities for Powergrid for the next one or two years?

Our first priority is the core business, which includes a number of critical projects. This year, our target is to commission 25 lines and 20 substations. The key among these are the ±800 kV Champa-Kurukshetra HVDC line as well as the remaining poles of the Biswanath Chariyali–Agra HVDC system. In addition, we are working on the East-North corridor, which involves the setting up of the 765 kV Gaya-Varanasi-Kanpur-Jhatikara line. We are also setting up transmission lines for enhancing the capacity of the southern region through the 765 kV Raipur-Wardha-Nizamabad line. We have projects aggregating Rs 1,400 billion that need to be completed in the next four years. To achieve this, we will have to commission projects worth Rs 300 billion per year.

Another key priority is to expand our telecom and international businesses. For telecom, we want to leverage our tower infrastructure and deploy 100G technology to increase our revenues.

What is your strategy for expanding the international business?

So far, we have gone into the international business in a very strategic manner by taking up consultancy projects. At the time, our hands were full with the core businesses in India and we needed to learn the rules and regulations in various countries. As a result, we did not have the financial bandwidth to expand our international business in a major way. Hence, we opted for the consultancy route and have been able to establish presence in 18 countries so far. One of the important projects we have completed is the management of the Ethiopian grid. In addition, there are certain projects that have received aid from the central government; for example, the grid construction in Afghanistan. However, now we have developed sufficient expertise and are seriously considering participating in engineering, procurement and construction projects in other countries. Initially, we plan to take the JV route and when we are comfortable with our internal resources in another two to three years, we will go in for the ownership route.

What are the biggest challenges for the transmission segment?

One of the key challenges for the segment is securing right of way (RoW) for transmission lines and towers. In this regard, the current government has taken positive steps for expediting project execution by reviewing the RoW compensation guidelines. As per the new guidelines, the land cost below the tower base will have to be compensated at a value of 85 per cent of the cost of land. The compensation towards the diminution of land value under RoW (15 per cent of the land cost) will also have to be provided. This is in addition to the compensation provisions prevalent earlier.

Another major challenge is with regard to forest clearances. About two years back, 60-70 per cent of the projects got delayed due to forest clearance issues. However, due to proactive steps by the Ministry of Environment, Forest and Climate Change, the process has now been made more streamlined. The power to grant forest clearances for linear projects has now been delegated to regional-level officers. Also, work can be started right after in-principle approval is received.

However, an unresolved issue for the transmission segment is that a number of contractors and executing agencies in the market are currently experiencing a cash crunch, which is coming in the way of project execution.

What is the progress on green energy corridor projects? What is the proposed transmission plan for integrating the capacity planned to be added through solar parks?

The green energy corridor project is being implemented in two phases. The first phase is for power evacuation from those renewable energy projects that were targeted as per the original Twelfth Five Year Plan, aggregating about 33 GW. Work on setting up of green corridors for these projects was initiated around two to three years back in Tamil Nadu, Gujarat and Rajasthan. The entire green energy corridor work has been split into two components – interstate, which is being implemented by Powergrid and intrastate, which is being implemented by the respective state transcos. The total cost of this phase of the green energy corridor project is Rs 380 billion, of which nearly Rs 150 billion would be the interstate component. Of the interstate component, Rs 100 billion-Rs 110 billion is associated with interstate transmission system strengthening while Rs 30 billion-Rs 40 billion is for control infrastructure including the establishment of renewable energy manangement centres for forecasting. All work for transmission system strengthening has been awarded and is currently under construction. All the projects are expected to be commissioned in the next one or two years.

The second phase of the green energy corridor is planned for meeting the 100 GW solar target outlined by the government. Of this, 20 GW of capacity will be added through ultra mega solar parks ranging from 500-2,000 MW each while around 80 GW will be added through rooftop solar projects and distributed generation projects. For rooftop and distributed generation projects, transmission systems will not be required. However, solar parks will need grid connectivity. Of the proposed number of solar parks, Powergrid plans to build the transmission system for eight parks aggregating more than 7,000 MW. Works for all systems have already been started and are at different stages of award or construction. We are happy to inform that the transmission system for one solar park (NP Kunta, Andhra Pradesh) has already been commissioned.

What is the status of projects that Powegrid has won through tariff-based competitive bidding?

Powergrid has won nine projects through this route, which is a success rate of about 40 per cent. All these projects are on track. For one of the projects, which is being implemented by project-specific SPV Vizag Transmission Limited, the first element has been completed. This has given us a lot of confidence as we have been able to complete work without time and cost overruns.

How are the proposed high capacity power transmission corridors progressing?

Initially, 11 high-capacity transmission corridors were envisaged to be set up. However, two of these have been shelved owing to issues relating to associated generation projects. Work on the remaining nine corridors is in progress. Of these, three have already been completed in all respects. The others are expected to be completed in a year or two.

What is the status of unbundling or separation of the role of central transmission utility (CTU) from Powergrid?

The Electricity Act entrusted Powergrid with the status of CTU. With this, two additional functions that came under our purview were planning of the transmission system as well grant of long and medium term open access as the nodal agency. The separation of the role of the CTU would mean that these two functions will be removed from Powergrid’s responsibilities. The government feels that since Powergrid also participates in tender-based bidding for transmission projects, these two functions should be done away with to avoid conflict of interest. As far as I am aware, the proposal is still at a preliminary stage. A cabinet note on the proposal has been initiated. 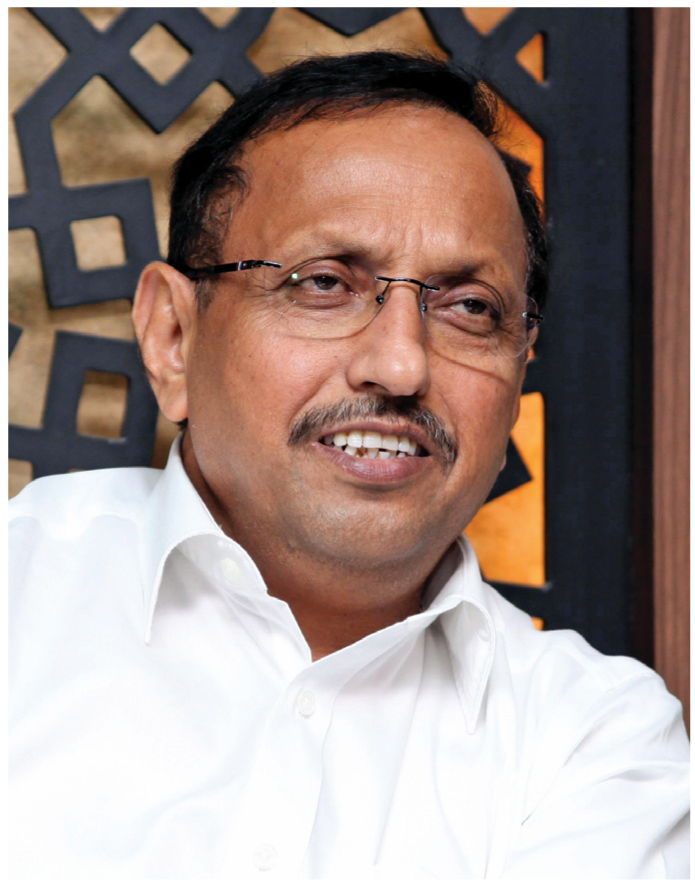 What are the new technology initiatives being taken by Powergrid?

The biggest challenge for the transmission segment today is to build transmission lines that take less space and carry more power. Powergrid has been moving towards developing high voltage and extra high voltage lines. In the past two to three years, we have developed several 765 kV lines and now we are developing a 1,200 kV system. A 1,200 kV test station has already been completed at Bina.

Another key technology development is the use of series compensation in power systems to reduce the impedance of the transmission lines. We are also deploying high voltage low sag conductors. With large scale integration of renewable energy in the grid, the deployment of STATCOMs for voltage regulation of the grid is being undertaken. Meanwhile, to economise land use for substations, we are using gas-insulated switchgear technology.

What is your outlook for the power sector over the next few years and what role would Powergrid play in it?

A positive development is that more than 100,000 MW of generation capacity has been added in the past four to five years. Coal shortage was a major issue but has now been sorted. The negative part is that there is less demand. So, although power is available, buyers are not there. This is a very peculiar situation. In this situation, where there is excess generation and limited demand, the role of transmission increases. For example, earlier, Delhi used to take power from the Badarpur power station as it had no other option. But now it can avail of power from Chhattisgarh at cheaper rates, which has been made possible through transmission. Therefore, the role of transmission has become more dynamic.