The Central Electricity Authority’s (CEA) new norms for domestic procurement have been received well by equipment manufacturers. According to the norms, equipment for government-funded power projects will have to be locally procured through domestic competitive bidding. This move is expected to boost local manufacturing as well as the government’s Make in India initiative. It is also expected to enable proper utilisation of underutilised manufacturing capacity and protect the industry from foreign imports without necessarily impacting equipment prices. Sector experts comment…

Will the new CEA norms give a leg-up to the domestic equipment industry while promoting healthy competition in the long run? 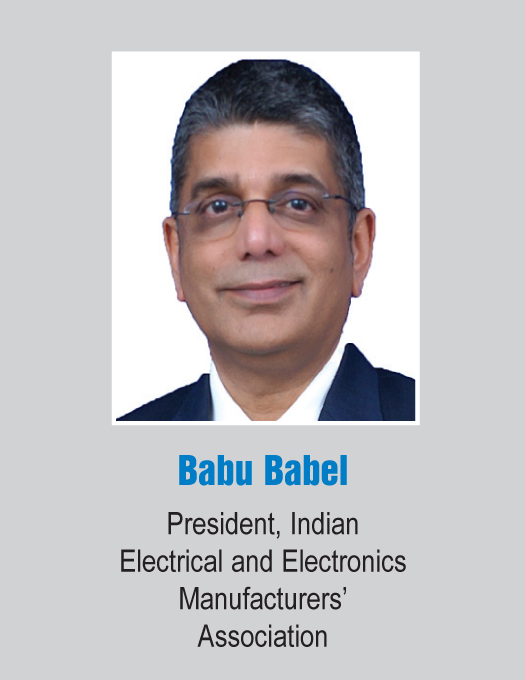 The Indian Electrical and Electronics Manufacturers’ Association welcomes the CEA’s decision. This will help address the underutilisation of the installed manufacturing capacities. Domestic manufacturers have invested heavily in technology and deployed skilled manpower. The new norms will help us showcase our competence and capabilities. This is the right decision for the Make in India initiative as well. 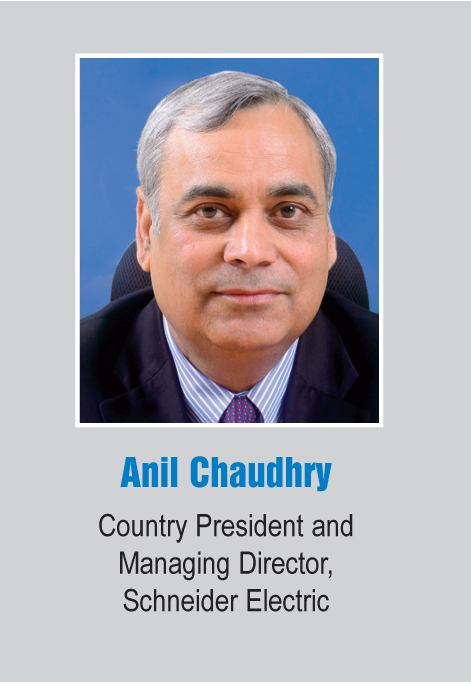 The CEA’s decision mandating the use of locally manufactured equipment for all central- and state-funded power projects needs to be seen in the context of the overall strategy of the government to boost local manufacturing. Earlier this year, with respect to the Export Promotion Capital Goods scheme, the government had disallowed the import of capital goods for power generation and transmission projects, thereby boosting the business for local small capital goods producers. These initiatives will help the Make in India programme achieve long-term success. This move will also be welcomed by those manufacturers who have a local set-up and have invested heavily in technology transfer from their principals and have committed themselves to India for the long term.

Local manufacturers have been facing unreasonable competition from fly-by-night operators, which will be addressed through this revision in the sourcing norms. Moreover, the mandatory requirement to form a joint venture or consortium with an Indian bidder for a specific equipment/material that is locally unavailable would pave the way for participation in advanced technology opportunities by Indian players, whereas earlier only their partners were able to qualify. In the long run, it would also ensure the expansion of manufacturing capacity, manpower and skill development, and the infusion of state-of-the-art technologies into the local manufacturing sector. 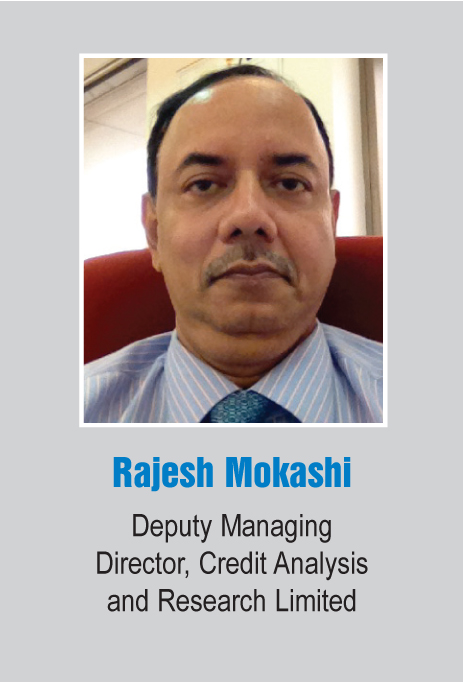 The electrical equipment manufacturing industry  has traditionally been at a disadvantage   global players due to higher  financing costs in India, the dependence on foreign sources for critical raw material, components, etc. Further, some countries offer credit to Indian buyers on very soft terms as well as export incentives to their local manufacturers. To achieve the government’s targets  for capacity enhancement in the power generation, transmission and distribution (T&D) segments during the Tenth, Eleventh and Twelfth Plan periods, the domestic electrical equipment manufacturing industry made huge investments in its production capacity, mainly in boilers, turbines, generators and T&D equipment. However, on account of the precarious position of the state discoms, the ordering activity for T&D equipment has remained subdued, resulting in underutlilisation of capacity.

The CEA’s new domestic sourcing norms are definitely a step in the right direction and address the above-mentioned anomalies. They are expected to provide a leg-up to the domestic equipment industry by creating an additional market and demand for their products through bids for domestically funded projects under the Ministry of Power, the Ministry of Steel, the Ministry of New and Renewable Energy, and central public sector units as well as for projects funded by the Power Finance Corporation and the Rural Electrification Corporation. This move would ensure higher capacity utilisation levels, better growth prospects and greater sustainability for these companies. It is also expected to promote healthy competition in the long run since the  companies that were earlier less competitive will have to compete with global players on quality, manufacturing practices, and prices. 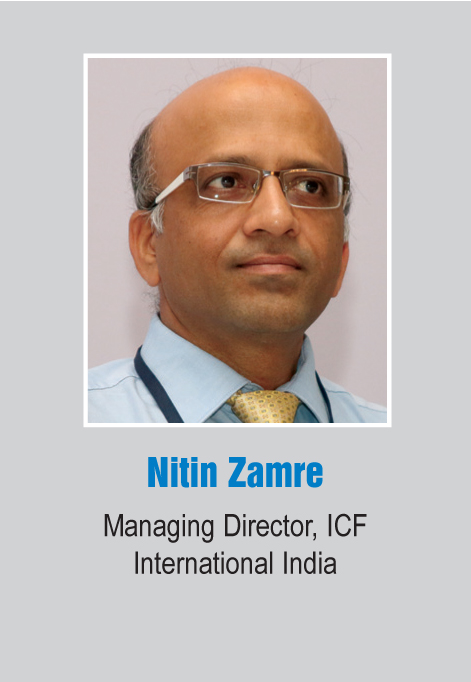 The new CEA norms should help increase the domestic manufacturing capacity and promote healthy competition in the market. However, the key uncertainty here will be regarding the demand for equipment in the domestic market in the short term. Given the fact that a lot of generation capacity is lying idle or is operating at low capacity, there will not be much investment, at least in the power generation segment. However, investments will continue in the transmission segment, which will provide some new projects for equipment manufacturers. Since the norms apply only to government-funded projects and the majority of investments are expected from the private sector, the impact may not be very significant.

We do not think so. Indian companies are globally competitive when a level playing field is provided. Our buyers are competent and we provide value for money and quality services.

Looking at the power industry as a whole, there does not appear to be any impending adverse impact on market dynamics. However, some subsegments can be expected to face short-term turbulence on account of keeping fly-by-night operators at bay. Nevertheless, one should always look at the total cost of ownership rather than taking a myopic view of upfront equipment prices. Furthermore, the policy push being provided by the government is bound to increase the share of local equipment, resulting in economies of scale. This will also make the power equipment market much more efficient and competitive in the future.

It may impact power equipment prices in the short run since the domestic sourcing norms would mean no cheap imports and domestic players will be constrained by their existing cost structures. However, the increasing preference for superior technology will drive Indian equipment manufacturers  to improve quality and efficiency, and tie up with foreign players to make better products domestically at competitive costs. Therefore, in the long run, it would even out as inefficient players will be marginalised.

Prices will be adversely impacted as this move will restrict competition, especially from Chinese manufacturers. The norms also mention that in the case of international competitive bidding, the price will be quoted in Indian rupees. This will force exporters to absorb the currency risk (depending on the payment terms). Conservative risk mitigation may increase the price in rupees.

Is the domestic manufacturing industry geared up to meet the increased demand?

As mentioned, we have had excess capacity for many years. We first need to utilise the available capacity. More even buying is required rather than a “feast and famine” approach, which can be bad for any industry as well as the economy. As such, there is no concern about capacity shortages.

The policy push has been initiated against the backdrop of under-utilisation of the existing manufacturing facilities in the country. Considering this, there does not appear to be any need for apprehension over the ability of local manufacturing to meet the demand. In addition, the sector will witness growth through the “phased manufacturing programme” mandated for new players who want to enter the country.

Currently, the capacity utilisation levels for the domestic equipment industry are low given the slump in orders from the power industry in the past few years. Therefore, it has the bandwidth to service new orders. As such, the new sourcing norms would mean an increase in capacity utilisation, which will improve operational metrics. Once capacity utilisation reaches optimum levels, given the momentum in ordering, it would kick-start the capex cycle for these companies, which has been stalled since 2008. The domestic sourcing norms provide guidance to the power equipment industry to match its capacities with the expected demand from the power sector.

The Indian market has consistently added around 20 GW of capacity annually over the past three to four years despite equipment imports from China. Given the current slowdown in capacity addition, there is enough capacity to meet any new demand that is generated through these norms. The current pipeline of equipment manufacturers is not very healthy, clearly indicating spare capacity. So the industry should be well-equipped to meet the increased demand.