Tackling power supply interruptions is one of the major challenges facing the country’s industrial sector. Therefore, it is essential for the industries to be equipped with a backup power supply option. Some of the key considerations for the adoption of such solutions are the capital cost involved as well as the cost of power generation. A backup solution is economical as long as the cost of power generation is lower than the production loss incurred during a power cut.

Diesel generator (DG) sets, which have a quick start-up time, low initial investments and convenient installation, are one of the most popular backup power solutions deployed in the country. However, DG sets entail high operating costs, which are mainly on account of the high cost of fuel. Fuel cost comprises the biggest cost component in operating a DG set and accounts for around 75-80 per cent of the total lifetime costs. Meanwhile, capital costs account for a 12-15 per cent share, and spares, operations and maintenance (O&M), etc. account for the remaining.

DG sets have a shorter installation time and do not involve the construction of large facilities/civil works. In comparison, captive coal-based or gas-based power generating units involve construction costs pertaining to civil, structural and architectural works; plant and machinery installation, testing and commissioning charges; design, engineering and supervision charges; overheads and establishment charges; and interest during construction and financing charges.

The cost of power generation through DG sets is fairly high, averaging Rs 16-Rs 17 per unit, although generation costs of up to Rs 47 per unit have also been witnessed in some industries. In contrast, the cost of electricity generation from other sources is much lower, and stands at Rs 3-Rs 4 per unit for coal and Rs 4-Rs 5 per unit for solar and wind. In addition, the O&M costs of DG sets are higher than those of other fossil fuel-based plants. The O&M requirement and cost depend on the quality of fuel used and the hours of operation of the DG set.

On the fuel price front, the retail selling price (RSP) of diesel follows the price of crude oil in the international market. As per the data of the Petroleum Planning and Analysis Cell, the international crude oil prices of the Indian basket stood at $46.17 per barrel in 2015-16, marking a decline of 45 per cent from $84.17 per barrel in 2014-15. Diesel prices in India are at a premium over crude oil. As of 2015-16, diesel prices stood at $55.02 per barrel, having declined by almost 43 per cent compared to 2014-15. During April–May 2016, diesel prices declined further to $49.71 per barrel. The global crude oil prices have recorded a sharp decline from $115 per barrel in June 2014 to around $35 per barrel in February 2016. This can be attributed mainly to the oversupply of crude oil and a fall in demand owing to the economic slowdown. 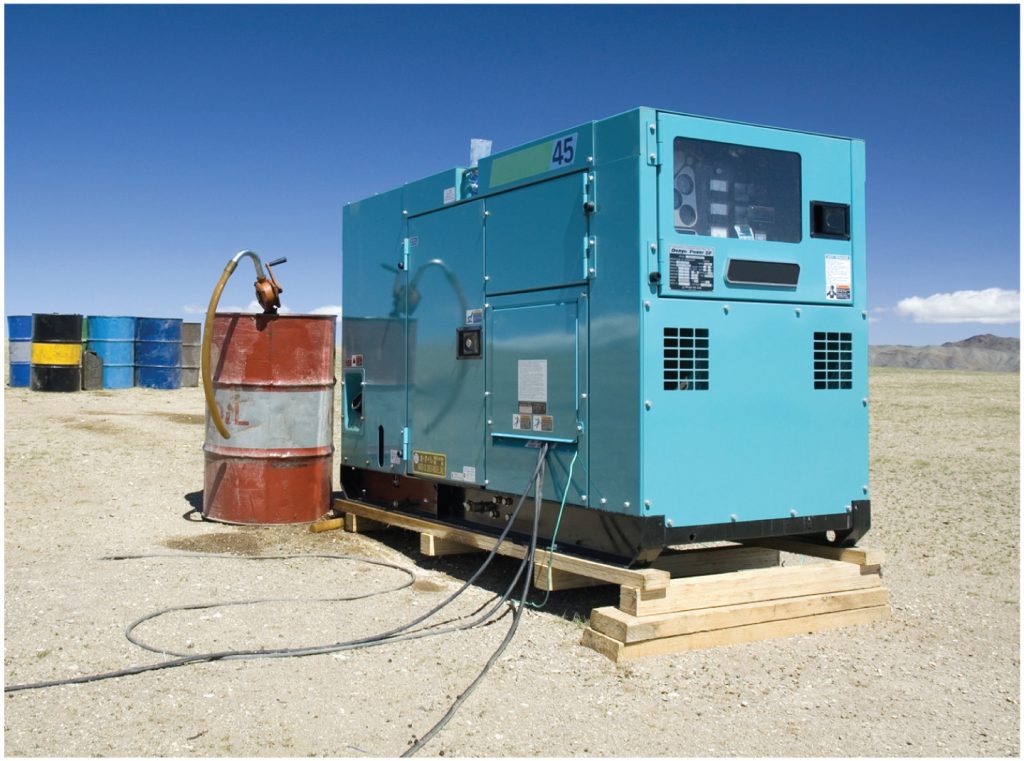 Meanwhile, the RSP of diesel in Delhi has increased from around Rs 38 per litre in April 2010 to around Rs 48.3 per litre in April 2016, recording a compound annual growth rate of 4.1 per cent. In January 2013, the union government rationalised oil prices, following which, the oil marketing companies (OMCs) introduced a dual pricing mechanism for diesel. Under this, bulk users (railways, defence, state transportation, etc.) pay the market price for diesel, while retail users pay a subsidised price. In addition, OMCs have been allowed to raise the price of diesel for retail consumers by 40-50 paise per litre on a monthly basis. As of July 2016, the price of diesel stood at Rs 57.23 per litre (average across all states).

A key challenge in the adoption of DG sets is its high operating cost. As a result, consumers are exploring alternative options to ensure uninterrupted power supply. In this regard, solar power generation needs a special mention. Of late, the capital cost of setting up a solar plant has reduced significantly, especially with technological advancements leading to a steep decline in the price of photovoltaic (PV) modules. As a result, the deployment of solar PV-DG hybrids has gained momentum in the recent past. This model addresses the issue of intermittency associated with solar power and lowers the price of power generation in the case of DG sets being used alone. With the use of solar PV-DG hybrids, captive operators can lower fuel consumption as PV modules support the base electricity load while the genset provides additional energy in case of an unexpected peak in energy demand. Apart from this, industries are also exploring other options. Moreover, the use of renewable energy sources augurs well for the reduction  in emissions resulting from the combustion of fossil fuels.

While the overall demand for backup power is likely to flatten with the improvement in the power demand-supply scenario, DG sets would continue to be needed to ensure quality power supply and manage outages. As for the cost, with the correction in crude oil prices, the cost economics of DG sets is likely to become more favourable in the near future.