Even though the overall energy and peak deficits have declined significantly, the power sector in India continues to be bogged down by problems like load shedding and sudden power failures. Certain areas still face a high level of power deficits and limited or no electricity supply, necessitating the use of backup power solutions. To this end, diesel generator (DG) sets, owing to their easy availability and convenient installation, are a key source of backup power.

DG sets are commonly used in small industries that require low captive power, or as a backup option to support operations. Hospitals, data centres, telecom towers, infrastructure,  construction projects, etc., use DG sets to maintain the continuity of power supply necessary for their operations. DG sets are also used by utilities as a prime source of generation; however, diesel-based capacity is low as compared to other sources of energy. DG sets of a large size are used in remote locations, where access to other fuels is difficult.

According to a survey of captive power units of 1 MW and above, conducted by India Infrastructure Research, diesel (and liquid fuel)-based power plants accounted for over 2,800 MW of installed captive capacity in the country in 2014-15, representing a share of 5 per cent of the total captive power capacity.

Over the years, there have been many factors responsible for driving the uptake of DG sets,  including unreliable power supply, growth in the infrastructure sectors,  lack of other credible backup power supply options and rapid growth in several other segments such as industries, telecom and information technology. However, during the past few years, the DG set market has registered a sluggish growth due to improved power availability and a slowdown in industrial activity. Further, the adoption of alternative fuel-powered gensets and increasing solar power generation has affected the growth of the DG set market in India.

Power Line provides an overview of the diesel generator set market in the country, the issues impacting its growth and the future outlook…

The telecom tower industry is one of the key customers of DG sets. It usually deploys sets with capacities ranging from 10 kVA to 15 kVA, depending on factors such as geographical location, power outage pattern and the equipment being used.

Larger DG sets with capacities of 25 kVA to 62.5 kVA are used for base transceiver station controllers and 200 kVA to 750 kVA units are used for switching centres. For institutional users like malls, office complexes and schools, the most commonly used DG sets are of 200 kVA to 1,500 kVA capacity.

Following the introduction of new emission norms for the operation of DG sets in 2014, the prices of DG sets have increased in India. The Central Pollution Control Board (CPCB) II norms mandate a significant reduction in NOx and particulate matter emissions for DG sets of up to 800 kW. These norms have also resulted in a decline in the share of the unorganised market, along with the import of low-rating gensets in terms of emission norms from other countries.

One of the key challenges for equipment manufacturers is to provide cleaner diesel engines and generator sets. To this end, most industry players are now offering DG sets that are compliant with the CPCB II emission norms, and have higher fuel efficiency and lower running costs.

Apart from the conventional DG sets, there are dual-fuel DG sets that use alternative fuels such as natural gas along with diesel. Such units can be run on natural gas, light fuel oil, or heavy fuel oil, and can switch smoothly between fuels while in operation. These are designed to provide the same output, regardless of the fuel used. Compact designs, lower noise levels, automated functions, voltage fluctuation control, faster response time to sudden loading and unloading, and higher efficiency are the other advantages of dual-fuel DG sets.

Hybrid technologies are another recent trend that is gaining popularity. Hybrid power plants combine at least two different sources of energy. Usually it comprises a diesel (or gas) engine generator, along with a renewable energy source, mostly solar photovoltaic (PV) or wind power. These systems can be used with or without a storage facility. The configuration of these systems varies as per requirements, location, solar radiation levels, etc. These systems are quite scalable and can be deployed on a scale of a few kWs to a MW. The key advantages of using hybrid systems include a reduction in emissions, the DG set runtime, the consumption of conventional fuel and operations and maintenance (O&M) costs. Small- to medium-scale solar PV-diesel hybrid systems are an emerging option for captive generation purposes. Telecom tower operators are also increasingly opting for hybrid solutions. 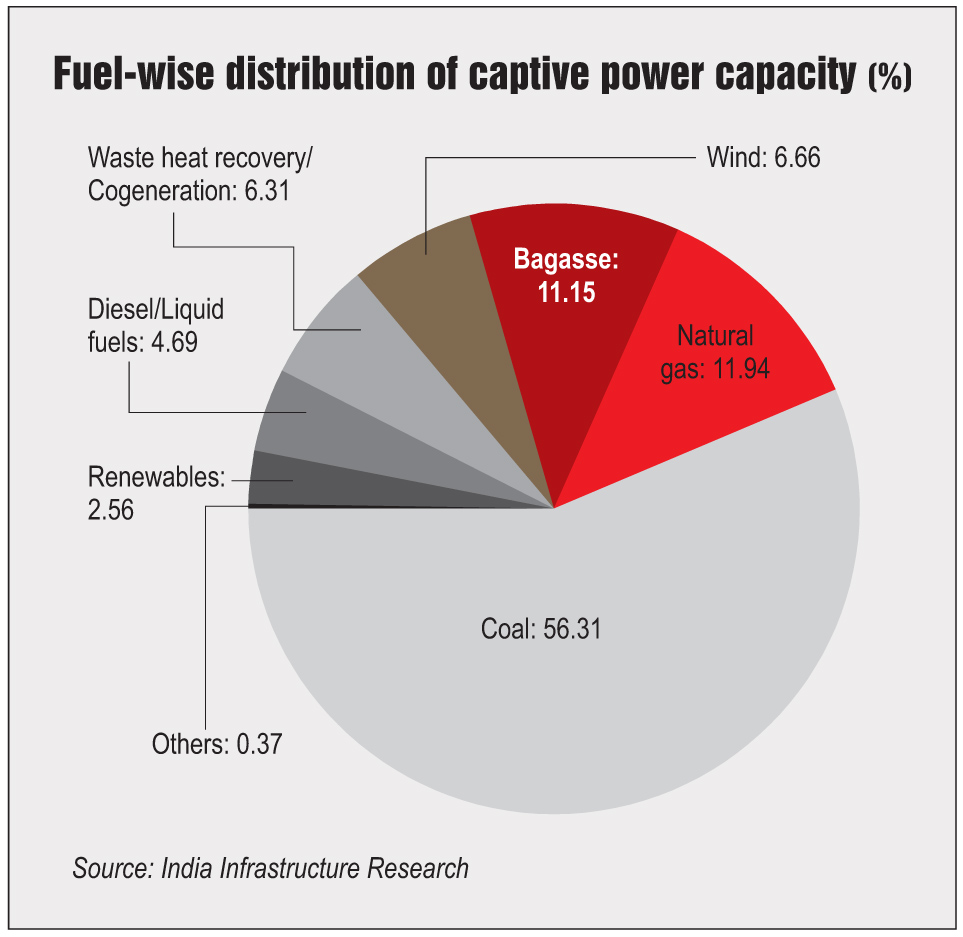 Rental standby power means providing DG sets on a rental basis or rental power for the purposes of continued operations in case of a failure in the main power source. Rental power plants running on DG sets are being increasingly used to meet temporary power requirements. They offer solutions for various end-user segments including telecom, mining, manufacturing, oil and gas, and construction. These plants can be used for prime power supply, standby and backup supply, supplementary supply in case of additional power demand, meeting seasonal fluctuations in power demand, contingency planning, and bridging the demand-supply gap during project construction and expansion.

The DG set market in India is likely to witness growth in the coming years, owing to the expansion in infrastructure, establishment of new industries and changing business environment. Strong economic growth, coupled with power deficits in various parts of the country, would foster the demand for DG sets. The growing number of telecom towers in the country is also expected to boost the DG set market.

However, the growth in demand will be restricted by the rising fuel costs as well as the growing market for alternative and green fuels (solar and wind). Solar PV-based systems are not just environment friendly, but, with their declining costs, are more cost-effective. As per various industry estimates, the market for DG sets in India is projected to grow at a rate of 8-10 per cent in the coming years. Small DG sets are expected to maintain their market dominance.