The power distribution segment is among the weakest links in the power sector. In an effort to improve the health of distribution utilities and promote best practices, the Power Finance Corporation (PFC) recently released the findings of a study on the operational performance of 10 discoms that have seen a reduction in aggregate technical and commercial (AT&C) losses in the past five years.

Background for the report

The report states that, “Although there is no prevalent competition in the power distribution segment, it has long been facing questions about financial sustainability on account of below cost tariffs for different consumer groups, supply of unmetered and free electricity to agriculture, and high AT&C losses. These have affected the finances of state utilities, lowering their ability to attract private investment in the sector, which in turn has resulted in heavy dependence on the government for both investment and working capital.”

In October 2015, the Parliamentary Standing Committee on Energy discussed the measures to check commercial losses in a meeting and advised to carry out an operational study of 10 selected discoms where AT&C losses have reduced in the past five years. A team of PFC officers visited all the 10 utilities to understand the various measures adopted by them for bringing down AT&C losses.

The data for the study was collected from the discoms and was supplemented with the minutes of the meetings with their key officials. Other sources of data include audited accounts, PFC’s reports on the performance of State power utilities, websites of the utilities, and the State Distribution Utilities Third Annual Integrated Ratings.

The financial analysis of discoms and study of their AT&C loss reduction trajectory was done by PFC for the past five years from 2009-10 to 2013-14 as the comprehensive report on the performance of state power utilities, including the AT&C loss computation of all utilities for 2014-15, is yet to be finalised by PFC. 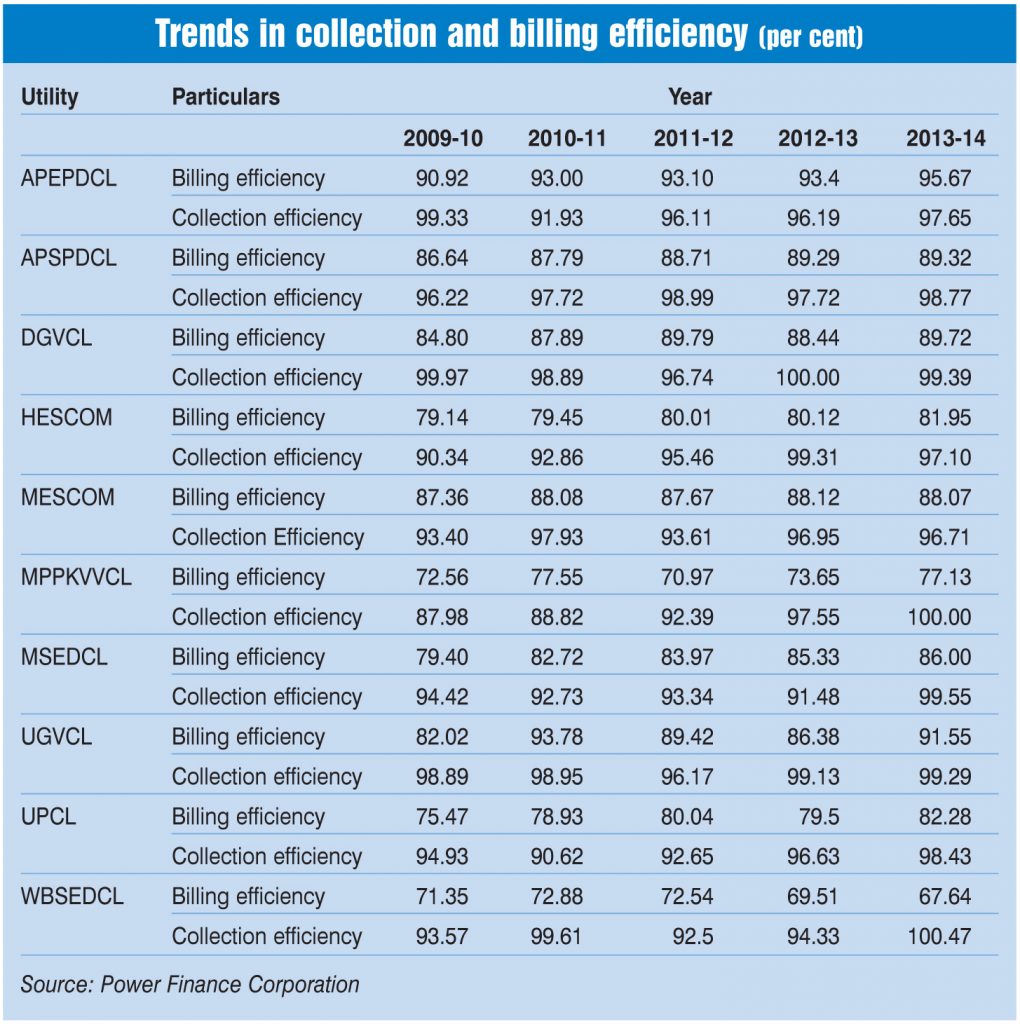 As per the findings, all 10 discoms made adequate investments and undertook the necessary measures for strengthening the distribution network, meeting the electricity demand and reducing the AT&C losses. These discoms also took measures to improve customer satisfaction.

By and large, some general measures were adopted by all the utilities to reduce losses and improve customer satisfaction. However, some discoms undertook a few unique measures, notes the report. It also identifies the following measures that can be adopted right away by other discoms to reduce overall AT&C losses: 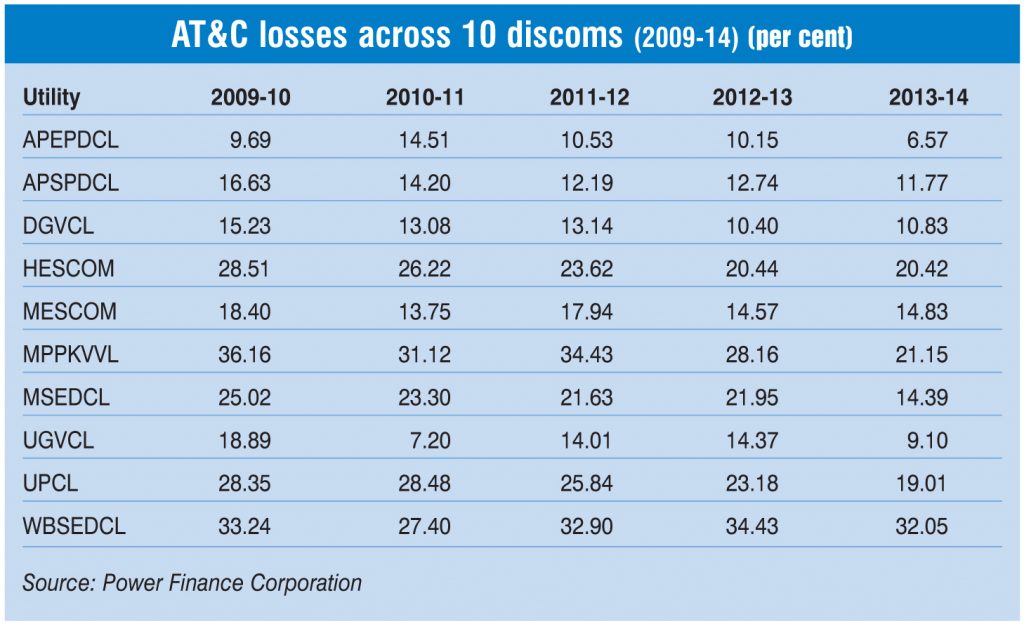 Commercial viability of discoms is critical not only to ensure that they are able to support the investment required in upgrading their networks, bring down losses and enable universal access, but also to make them bankable entities to catalyse and support investments in related segments such as fuels, generation and transmission.

Continuous financial and operational studies of discoms have thus become extremely crucial. These studies provide a comprehensive coverage of individual entities and are extremely helpful for discoms that are reeling from continuous losses.  The remedial measures taken by these 10 discoms along with the key recommendations of PFC will be a guiding light for the remaining discoms and help improve the overall efficiency of the power distribution system.