With massive capacity addition, reduction in power deficit and improved energy access, the sector has come a long way in the past two decades. However, many challenges remain, including a large number of unelectrified households and high aggregate technical and commercial losses. Sector experts express their views on the key achievements in the sector, the challenges being faced, and the interventions needed to overcome these…

What, in your view, have been the three most noteworthy achievements in the sector in the past two decades? 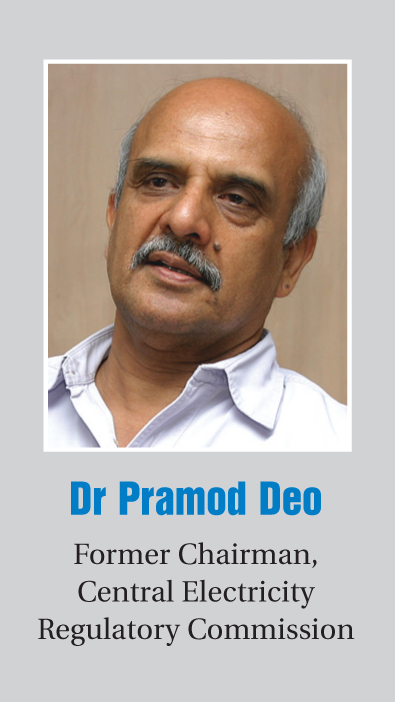 There has been a huge capacity addition in power generation. At the time of Independence, India had an installed capacity of just over 1 GW. The capacity increased to around 65 GW between 1950 and 1990. However, after economic liberalisation in 1991, there was a quantum leap in capacity addition. With an addition of 240 GW in the past two decades, the total capacity of the nation now stands at over 305 GW. The spectacular growth in power generation capacity is a result of the increase in the private sector’s share from 11 per cent to 40 per cent in the past seven years. Besides delicensing of generation under the Electricity Act, 2003, the principal factors that attracted private investment in generation were high short-term market prices in 2009 during the elections; and the notification of power market regulations and the codification of the market structure by the Central Electricity Regulatory Commission.

Second, the transmission segment has seen tremendous growth in the past couple of decades. As of July 31, 2016, the transmission line length was 347,741 ckt. km and the transformer capacity of substations was 681,624 MVA for 220 kV and above voltage levels. This is in stark contrast to the mere 79,455 ckt. km at the end of the Seventh Plan in 1990. Before 1991, five regional grids existed in India and these have been integrated step by step. By end-2013, the entire grid was synchronised to run on a single frequency. This has led to better network management and control. The government’s “One Nation, One Grid, One Price” goal has been made possible by the formation of this synchronous National Grid.

Third, rural electrification and energy access have come a long way. Of the total 640,000 villages in India, 170,000 were unelectrified at the end of the Seventh Plan. It is remarkable to note that only 18,000 villages remained to be electrified as of 2015. The government is making efforts towards rural electrification through revamped schemes like the Deendayal Upadhyaya Gram Jyoti Yojana (DDUGJY). 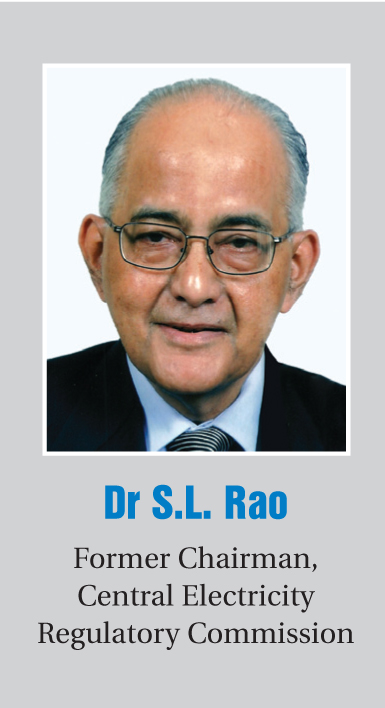 The noteworthy achievements in the past two decades are the passing of the Electricity Regulations Act and the appointment of regulatory commissions; the enactment of the Electricity Act, 2003; the opening up of the transmission segment to the private sector; the introduction of electricity trading and open access; and the combining of the coal, renewable energy and power portfolios in one ministry.

What are the biggest challenges for the sector at present?

The distribution segment remains at the core of power sector reforms. In this context, an important initiative taken by the Forum of Regulators was carrying out an in-depth study of the financial viability of distribution utilities in 2010. The study covered 10 states and revealed that the revenue gap of utilities had been increasing due to the non-revision of tariffs, absence of a true-up mechanism, shortfall or delay in payment of subsidy by the state governments and disallowance of some legitimate costs while approving tariffs. Taking suo moto cognisance of this study and the Ministry of Power’s report, the Appellate Tribunal for Electricity issued a judgment directing the regulators to increase tariffs as per the aggregate revenue requirements filed every year. Accordingly, most states took immediate measures to implement tariff revisions. Even states like Tamil Nadu and Rajasthan that had not revised tariffs for more than five years complied with these orders. However, political expediency came in the way of effective implementation of the central government’s rehabilitation package of 2011 for state discoms. Now, the Ujwal Discom Assurance Yojana (UDAY) provides the much-needed fiscal space to state discoms. We need to ensure that the flaws in the previous schemes are not repeated and successfully implement the long-pending structural reforms in the distribution segment. Although we have achieved considerable success in rural electrification, household level electrification is still lagging due to last mile connectivity issues. This is one aspect of the sector that demands serious attention. In this regard, the success or failure of the NDA government’s plans to improve the situation through the DDUGJY and the Integrated Power Development Scheme will be keenly watched.

Lastly, India as a responsible nation is liable to reduce its greenhouse gas emissions and hence, integration of cleaner energy resources has become essential. Our Intended Nationally Determined Contributions in the context of the Paris Agreement of 2015 has set ambitious targets for the same. Intermittency in the availability of renewable energy resources dictates the requirement for a robust and modern transmission and distribution system. For a nation of our size undergoing rapid development, the quantum of expected capacity addition is huge. Thus, the integration of renewable energy in the overall mix becomes a clear challenge that has to be efficiently addressed with the seriousness it deserves.

The biggest challenge is the financial unviability of the sector. This is primarily due to the concurrent nature of the subject, populist pricing by state governments below the actual cost, and the unwillingness of the state electricity regulatory commissions (SERCs) to be independent. Other major flaws are the state ownership of distribution companies and the monopoly of the Power Grid Corporation of India (Powergrid) in interstate transmission. Even now, after the opening up of the transmission segment to the private sector, the ratio of transmission lines to power generation in India remains one of the lowest in the world.

What kind of policies and strategies are needed to overcome these issues?

UDAY, launched in 2015, is expected to bring about a financial turnaround and revive the discoms. The scheme aims to promote operational efficiency assisted by some financial engineering. A large number of states have subscribed to this scheme, whereby the state governments that own the discoms take over 75 per cent of their debt and pay back lenders by selling bonds. UDAY requires state discoms to initiate quarterly/annual revisions in tariffs. Besides bringing in financial discipline, the states are expected to take concrete steps to improve operational efficiency. Through this scheme, the central government has made the states directly accountable for improvement in operational efficiency and discom losses in future. UDAY also clearly mentions that banks shall not be funding the future losses of discoms. Also, the future losses of discoms shall be taken over by the respective states in a gradual manner. The debt will not be reflected on the states’ books for the first two years; however, the same will be reflected thereafter. Thus, inefficiencies in managing the same will be borne by the state. In short, UDAY is very strong on intent, but its execution remains crucial.

It is high time that sincere efforts are made at the highest political level to sit down with state chief ministers and arrive at a consensus on what should be the quantum of subsidy to agriculture and targeted low-income sections, both in urban and rural areas, and how to pay this subsidy and yet provide sufficient funds to state utilities to not only meet their operating expenses, but also to strengthen and expand their networks. The reluctance of chief ministers to privatise state utilities is understandable because it means losing control over a large part of their domain. Further, owing to our socialist past, the private sector’s motives are always suspect. But if there is no improvement in the performance of public utilities, states need to be persuaded to try out different models of management, starting from franchising selected areas to private bidders to outright privatisation. Since we are dealing with the political economy of electricity, the government needs to demonstrate how reforms have improved the power situation in states controlled by the ruling party and earned them rich political dividends. Therefore, sincere implementation of cooperative federalism can alone transform the electricity scenario.

The Electricity Act should be amended to change the selection committees for regulators so that independent outsiders are appointed to commissions; open access should be made compulsory; cross-subsidies should be abolished; the National Green Tribunal or the Supreme Court should rule on the supply of free power to agriculture, which is leading to groundwater depletion and land salinity as unsuited crops are being grown; the SERCs should be compelled to enforce renewable obligations and a market for renewable energy certificates thereby created; and the penal powers of regulators over individual officers and enterprises should be substantially increased.