The equipment industry has been battling a significant slowdown in demand, which has led to a major underutilisation of manufacturing facilities. However, the industry’s long-term outlook remains positive, given the recent government initiatives to improve the power situation and the opportunities these present for equipment players.  Leading equipment manufacturers express their views on the sector’s performance and future outlook…

What, in your view, have been the three most noteworthy achievements in the sector in the past two decades? 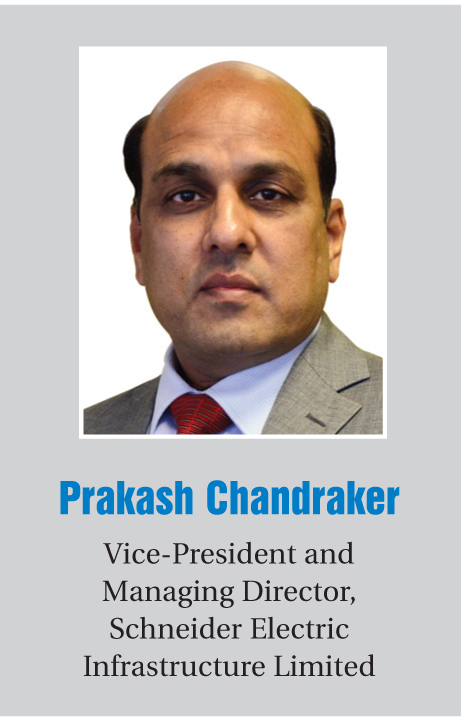 The power sector has grown significantly over the past two decades. The most important reform, which has proved to be a game changer for the sector, has been the Electricity Act, 2003. This act opened up the electricity sector to private sector participation and fostered competition by delicensing generation completely and allowing for captive generation, which led to significant capacity addition.

Structural reforms through the unbundling of the state electricity boards (SEBs) and the setting up of independent regulators have also been made possible under this act, which has led to improved reliability and efficiency in the transmission and distribution segment. Power capacity addition has also kept pace with a healthy growth rate and demand. In fact, the power deficit has narrowed as compared to a decade ago through the effective deployment of digital technologies, which enabled more efficient grid management.

One of the major achievements over the past five years has been a strong focus on renewable power. Not only is India one of the major countries for wind installations, it is also on track to become one of the top  five solar markets globally this year. This has been made possible due to the strong policy push provided by the government by way of raising the renewable energy target to 175 GW by 2022. Energy efficiency is another area that has received major attention in recent times. The country is undergoing a rapid transition towards energy efficient solutions in the lighting, power and renewable energy sectors. 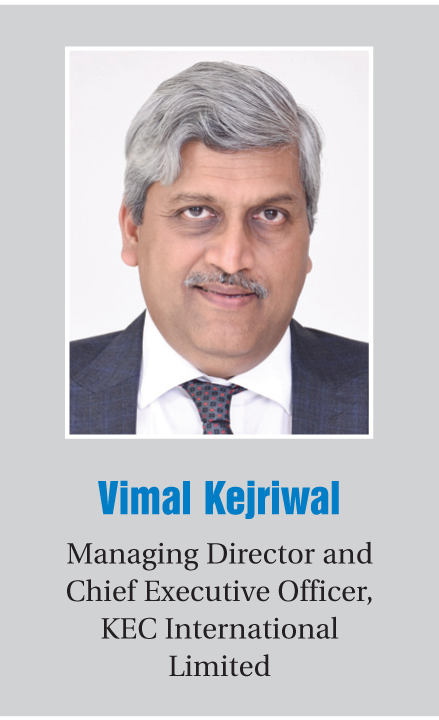 The power sector has grown phenomenally over the past two decades. The establishment of a robust and reliable transmission network is one of the most significant milestones accomplished by the transmission sector. Today, India has around 350,792 ckt. km of transmission lines. With an inter-regional transmission capacity of around 59,550 MW, the inter-state transmission network is also very well developed and efforts are on to build a corresponding intra-state network. The integration of the southern grid with the central grid is another noteworthy achievement, which has enabled seamless transmission of power across India and empowered the country with one national grid. Due to this, congestion levels have reportedly come down to almost nil. Another encouraging move is the government’s attempt to achieve uniform power rates across the country through its mission of “one nation, one grid, one price”.

A host of regulatory measures taken over the past two decades have also played a pivotal role in paving the way forward for the industry. The enactment of the Electricity Act, 2003 is one such commendable accomplishment, which has provided the much-needed impetus to the sector. Under its ambit, the SEBs were restructured and unbundled into separate entities for handling generation, transmission, distribution and trading with the objective of enhancing efficiency by streamlining operations as well as promoting transparency and accountability. Post 2003, several amendments have been made to this act for the betterment of the sector. In addition, a slew of other measures and reforms have been initiated, which have acted as a catalyst in improving the operational and financial efficiency of the sector as a whole. 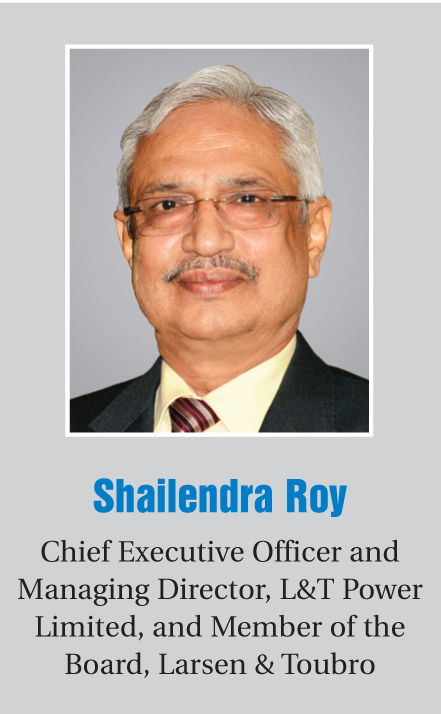 The first noteworthy achievement was the introduction of the Mega Power Policy, which focused on attracting private investments in the sector. Thermal projects of 1,000 MW and more capacity, and catering to more than one state, were considered mega projects. The policy was extended to hydel projects too. Policy guidelines were revised from time to time to  ease the procedure for securing mega power benefits.

Third, the introduction of the Phased Manufacturing Programme (PMP) was a notable step in the sector. With the national agenda of building indigenous capabilities in manufacturing supercritical power plant equipment in the country, the Central Electricity Authority issued an advisory to central and state power generating companies to incorporate a condition, whereby bidders would be obliged to set up indigenous manufacturing facilities for boilers and turbine generators of supercritical thermal power projects being tendered by NTPC Limited and state utilities under the PMP. Such a scheme encouraged technology leaders from across the world to set up manufacturing facilities for supercritical/ultra-supercritical units in India. 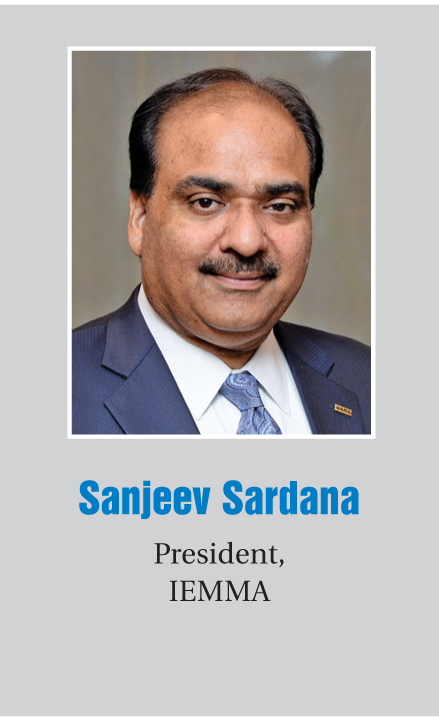 The Ujwal Discom Assurance Yojana (UDAY), launched in 2015, is a good initiative by the government for improving the financial and operational efficiency of state power distribution companies, the weakest link in the power value chain. Every discom is expected to eliminate losses by 2019-20 with potential savings of over Rs 1,800 billion every year from 2019 onwards.

Further, India is running the world’s largest renewable energy expansion programme, with a target to increase the overall renewable capacity by more than five times from 32,000 MW in 2014 to 175,000 MW by 2022. By taking a leadership role in the International Solar Alliance comprising 121 countries and organising RE-Invest 2015, the world’s largest renewable financing meet, the government has laid the foundation for massive growth in this sector.

What are the biggest challenges facing the power transmission industry?

Right of way is the biggest challenge encountered by the transmission industry. Many projects have also been impacted by issues like delays in obtaining forest clearances and approvals for railways, highways, power crossings, etc. These not only burden the contractor in terms of time overruns but also entail additional costs. Besides, engineering, procurement and construction contractors encounter contractual challenges like delays in the closure of contracts and lack of proper redressal mechanisms.

Another challenge is the significant dip in demand. Infrastructure growth is yet to take off and achieve the scales that were predicted, which would have necessitated higher energy demand. Because of the slowdown in growth, there is now a large gap between the available generation capacities and the demand. It is necessary that policies are aligned with the infrastructure developments in government initiatives for power project development.

A new challenge has come up recently in the form of added cost of generation to meet the new emission norms mandated by the Ministry of Environment, Forest and Climate Change (MoEFCC). This would lead to a higher cost of generation due to the introduction of capital equipment/systems like flue gas desulphurisation (FGD) and selective catalytic reduction (SCR). This cannot be sustained by power producers unless there are incentives and tax benefits to keep tariffs under check and in parity  with the incentives provided to renewable energy producers. However, this is both a challenge and an opportunity.

There is intensified competition due to a higher number of new players/joint ventures in the private sector for supercritical boilers and turbine generators, thereby affecting price realisation and impacting margins. Another key challenge is the lack of a level playing field, including infrastructure bottlenecks suffered by the domestic industry vis-à-vis foreign suppliers/manufacturers. The global slowdown and political turmoil have resulted in lower demand for exports. The lack of domestic availability of critical inputs/raw material and shortage of skilled manpower are among the biggest challenges the industry is facing today.

What is your outlook for the industry for the next few years?

The power equipment market has seen moderate growth in the past couple of years. The government’s policy focus on sectors like smart cities, infrastructure (freight corridors, railways, metros, etc.), and oil and gas expected to trigger investments in the economy in the near future. In addition, initiatives like Power for All,  Make in India and smart grids as well as the thrust on renewable power are expected to further boost the demand for equipment and lead to the adoption of advanced grid solutions.

The sector is gaining momentum and developments in this space are really encouraging. A number of investment plans have been rolled out, a series of reforms and initiatives such as UDAY have been initiated, the compensation for land acquisition has been revised and coal-related reforms have been introduced. All these indicate a very positive outlook for the sector. Substantial investments are also being made in the state sector for expanding the intra-state transmission infrastructure, which is opening up good opportunities for players like us. In addition, the implementation of the Green Energy Corridors project has commenced with both inter-state and intrastate tenders being floated. We have won over Rs 7 billion worth of projects in this space and are confident of winning some more.

The government is keen on revitalising the economy with an increased investment in infrastructure and power. If the economy has to grow at a faster pace, rapid infrastructure growth is essential. Renewables, at present, cannot support core sector industries such as petrochemicals, refinery, fertiliser and steel plants on a 24×7 basis. Hence, coal-based power plants are required to be built at an accelerated pace.

Initiatives like Power for All, UDAY and Make in India are likely to give a fresh lease of life to the state utilities and private enterprises. Increased production of domestic coal as well as e-auction and allocation of coal blocks are expected to remove constraints on the fuel supply side. We expect the situation to improve in the next two years when there will be more orders in the market. The expectation is based on the power demand in the country after six or seven years, which is likely to grow at 5-6 per cent per annum. Also, we have to consider the unmet power demand of consumers, who still do not have good quality, uninterrupted power supply.

The power sector has an investment potential of Rs 15 trillion ($222.36 billion) over the next four to five years, thereby providing immense opportunities in power generation, transmission and distribution equipment, according to Union Minister Mr Piyush Goyal. The government’s immediate goal is to generate 2 trillion units of energy by 2019. This means doubling the current production capacity to provide 24×7 electricity for residential, industrial, commercial and agricultural use.

Also, IT-enabled power distribution equipment will save Rs 100 billion annually. The government is taking a number of initiatives like the 10-year tax exemption for solar energy projects in order to achieve the ambitious renewable energy target of adding 175 GW of renewable energy, including 100 GW of solar power, by 2022.