The Central Electricity Authority’s (CEA) recently released draft National Electricity Plan (NEP) concludes that no coal-based capacity addition is needed to meet the country’s power demand till 2027, as the 50,025 MW of coal-based capacity under construction will suffice. The report also stated that the share of non-fossil fuel capacity is expected to increase to 46.8 per cent by 2022 and to 56.5 per cent by 2027. Power Line invited industry experts to share their views on the draft NEP…

Do you agree with the draft NEP projections that India does not need new coal-based stations beyond the ones that are under construction? 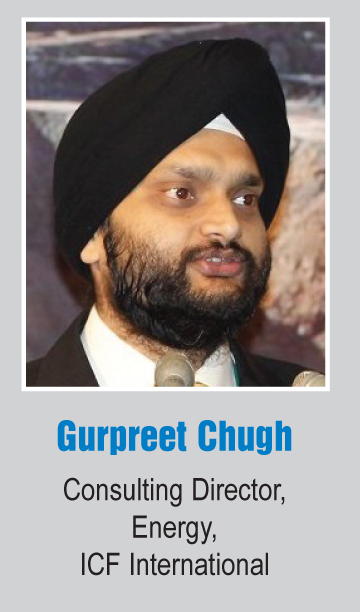 The GDP numbers forecast in the NEP seem higher than what we might be able to achieve over the next few years. We agree that coal-based plants,  both existing and under construction, are sufficient to meet our power needs in the medium term given the subdued growth in power demand over the past few years. The growth in power demand may continue to be low until discoms start supplying 24×7 power. The NEP projects large capacity additions in renewables and in hydro, which will provide the balancing needed for integrating renewables. These will also help keep the overall emissions low. However, we feel that India may not be able to add so much hydro capacity due to environmental and local challenges.  This would lead to  higher emissions and an inability to balance renewables. The NEP currently identifies gas as one of the clean fuels for power generation. However, it does not rely on gas-based generation for meeting emission reduction targets set under Nationally Determined Contribution. As per the NEP, gas-based generation offers a viable short-term solution for integrating renewables and providing balancing support. However, in the long term, gas will be replaced by hydro. 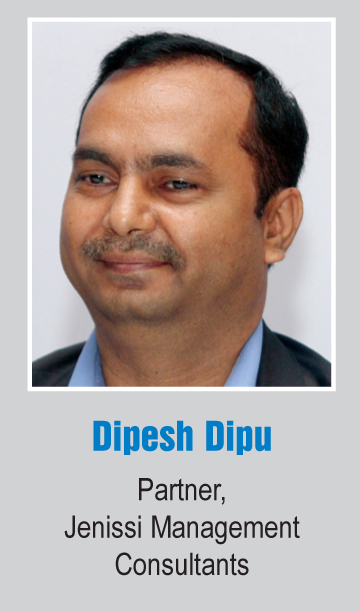 As per the market indications, the pipeline for new coal-based power generation capacity is not looking up. There have not been any major announcements of new projects in the recent past. Given that coal supply from Coal India Limited has improved, the availability of coal is no longer a major risk factor. In addition, existing assets have seen a continued fall in utilisation while low plant load factors (PLFs) have led the government to initiate the phase-out of older plants. A major contributor to this, apart from the financial woes of the distribution companies, which are now being tackled through the Ujwal Discom Assurance Yojana (UDAY), has been the slower-than-expected economic growth. The green shoots of recovery are still to be observed. In light of these factors, it does appear plausible that India may not see new capacity additions in coal-based power generation in the medium term. 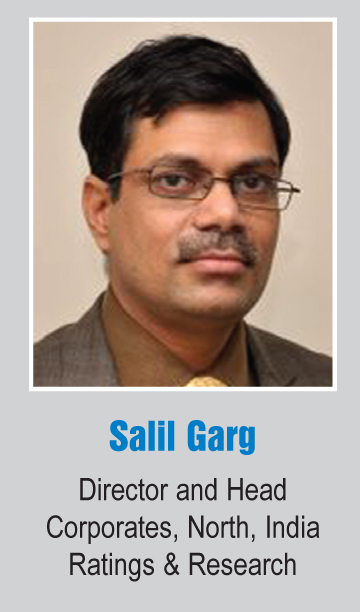 India has seen large capacity additions in coal-based power over the past five years. However, demand has not kept pace with the increasing capacity. As a result, the PLF of coal-based power stations has been declining and is likely to be in the range of 60-65 per cent for 2016-17. Another 50 GW of coal-based capacity is under construction. However, the growth in electricity demand has reduced to 5 per cent from the 8-9 per cent anticipated earlier. It means that currently there is surplus generation capacity in the country. The new capacity will also take some time to be absorbed. Also, there is sufficient interest in adding renewable capacity, solar as well as wind. All this reduces the immediate need for investment in coal-based power plants. However, some of the existing coal-based capacity may need to be phased out due to the aging infrastructure and obsolete technology. Revival in industrial growth and improvement in the financial position of discoms could also increase the demand for electricity. While fresh investments in coal-based power plants are modest at present, there could be higher-than-anticipated demand for power over the long term, which would require fresh capacity additions. However, it need not necessarily come from coal. 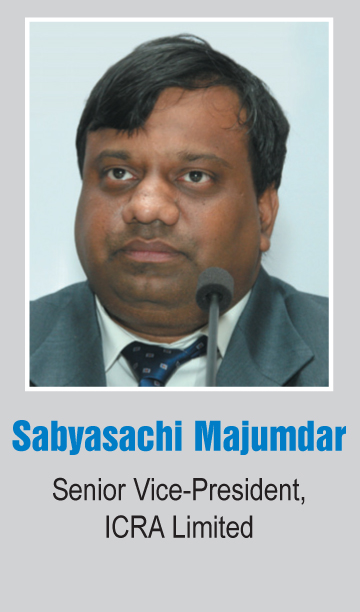 Coal-based capacity addition has been quite significant in the past six to seven years, which has outpaced energy demand growth. This, coupled with the paying capacity constraints of offtakers, has led to a subdued PLF of 59 per cent in 2016-17 so far. In this context and given the structural issues being faced by independent power producers (IPPs), fresh investment plans for the private IPP segment have been on hold for the past three years, implying that no significant capacity addition is likely to take place, especially after financial year 2020.

Nonetheless, if the energy demand were to remain significant that is 7-8 per cent annually as against the current 5 per cent, capacity addition will be required beyond financial year 2022. Significant growth in energy demand will however be dependent on the extent of improvement in the financial position of the discoms under UDAY . Further, per capita energy consumption is still one of the lowest (900 units) in India as compared to the world average (2,800 units). In the long run, coal will continue to hold a dominant share (around 72 per cent at present) in the energy generation mix, while its contribution is likely to come down with the growing share of renewable energy particularly solar and wind. 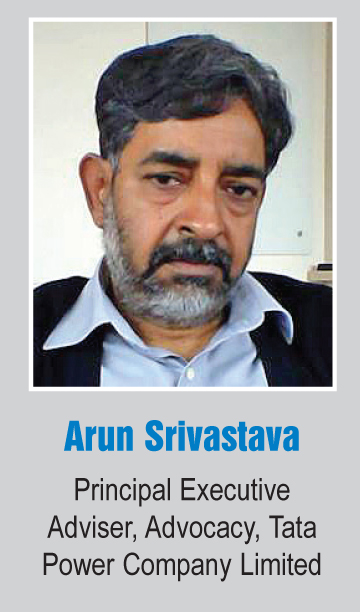 Given the fact that India is blessed with plenty of power-grade coal, it may seem quite far-fetched to think that there could ever be a cap on coal-based power generation in this country. However, recent developments on the technological, environmental and commercial fronts make it imperative for us to look at the long-term energy mix afresh. While environmental concerns mandate us to restrict carbon emissions, technological advancements and easy grid assimilation make renewables a ready alternative. In addition, the availability of low-cost renewable power at any location, quite independent of grid connectivity, creates significant new possibilities, effectively putting coal and other fossil fuels out of contention. Broadly, the NEP projections reflect that the share of renewables in India’s generation portfolio may increase to 30 per cent by 2022 and also predicts lower-than-expected demand growth for electricity in the system.

By 2022, the thermal generation capacity is expected to exceed 300 GW. The bulk of power generation capacity, in years to come, is expected to be based on renewable technologies including hydropower. The role of coal-based generation will most likely be relegated to that of providing support to renewable plants and maintaining grid stability. It is believed that 300-350 GW of thermal capacity will be adequate to provide support to the renewable energy capacity till energy storage technologies become operationally and commercially viable as well as dependable. The NEP identifies the shift from older and smaller generating units to larger, technologically advanced and more efficient ones as necessary. Such a shift would help sustain the required thermal generation base even without adding new greenfield or brownfield projects.

What is your perspective on the future of coal-based power plants in the country?

The current flux in energy sources, due to several disruptive and fast-paced technological changes occurring globally, presents a challenge to policymakers, investors and other stakeholders. Added to this, in the Indian context, has been the uncertainty of the growth path that our economy will follow. The electricity demand has not met the expectations and there is now stranded capacity due to lack of buyers, which is typically reflected in the pricing of electricity and low PLFs. These dimensions of demand and the demand growth will have an impact on the size of the country’s energy portfolio.

Meanwhile, the portfolio distribution will influence the technological advancements in renewable energy sources including storage. Renewable energy tariffs have been falling and have reached the inflection point with coal-based power tariffs. This will certainly be more favourable to renewables if environmental risks and social costs associated with coal-based generation are taken into account. This opens up the question of choice available to investors. The contribution of the private sector is also likely to continue to be on an upward trend, even though it is expected to witness a slump in the short run. Therefore, generation capacity additions are more likely to be dependent on the economic profile rather than on a “centrally planned desirable” portfolio mix. In sum, the long-term scenario seems hazy for coal-based generation at present and betting big on renewables does appear to be the flavour of the day. However, pithead coal-based generation may have an attractive investment profile and may not be ruled out altogether.

Notwithstanding the rising share of renewable energy, coal will continue to meet the base energy demand and hold a large share in the energy consumption mix. However, coal-based plants will be exposed to a higher risk of backing down so as to absorb more renewable energy in the grid. This, in turn, will increase the operating costs for thermal power plants. Also, with the tightening of environmental norms and levy of clean cess as well as the associated volatility in fuel prices, the cost of thermal generation will further increase in the long run. Given the slow progress in the power purchase agreements (PPAs) by discoms, many IPPs which are still without such PPAs remain exposed to merchant risks in terms of both price and volume. While coal will continue to be a major fuel, the availability of long-term PPA (either cost plus or viable competitive bid PPA with an adequate escalation clause) as well as fuel availability remains extremely crucial from the viability perspective and also for ensuring sustainability in fresh investments.

In the power sector, a few things could happen over the next decade or so. These include:

Therefore, it can only be expected that in the future, coal or other fossil fuels will not hold pole positions, as has traditionally been the case. Coal in the present form of usage will surely not have a significant role in the long run. Interestingly, the challenges for coal and other fossil fuels will come not just from environmental pressures, but also due to commercial reasons. The process of coal mining, transportation, consumption and finally ash disposal or carbon capture will make the option of fossil fuels so prohibitively expensive that it will rule itself out of contention. Newer technologies like coal gasification and carbon capture may only slightly prolong the usage of coal, subject to their commercial viability and scalability. Even now, some countries are switching to non-fossil options or have plans to do so within a stipulated time frame. Almost the entire Europe plans to be fossil fuel free by 2030, at least as far as power generation is concerned.

By 2022 or so, the integration of 175 GW of renewable energy into the grid would need support capacity for grid stabilisation. This role could possibly be played by thermal and hydel plants. So, India’s dependence on coal-based generation will only reduce for some time, but will not be eliminated. Once the electricity storage systems develop, the challenges for coal would further increase. It is expected that the new developments would change the way coal-based generation is planned in the country, even in the medium term. At the very least, these stations would cease to be baseload stations and possibly take the role of support capacities to renewables. Only nuclear plants will operate as baseload stations, owing to technical considerations. Coal and other fossil fuels have been pitted against new technology, which will only get better and efficient with time. Fossil fuels would stand a chance only if they can face the challenges in the future.

(The views of Mr Arun Srivastava are his personal views and do not necessarily represent those of Tata Power Company Limited.)