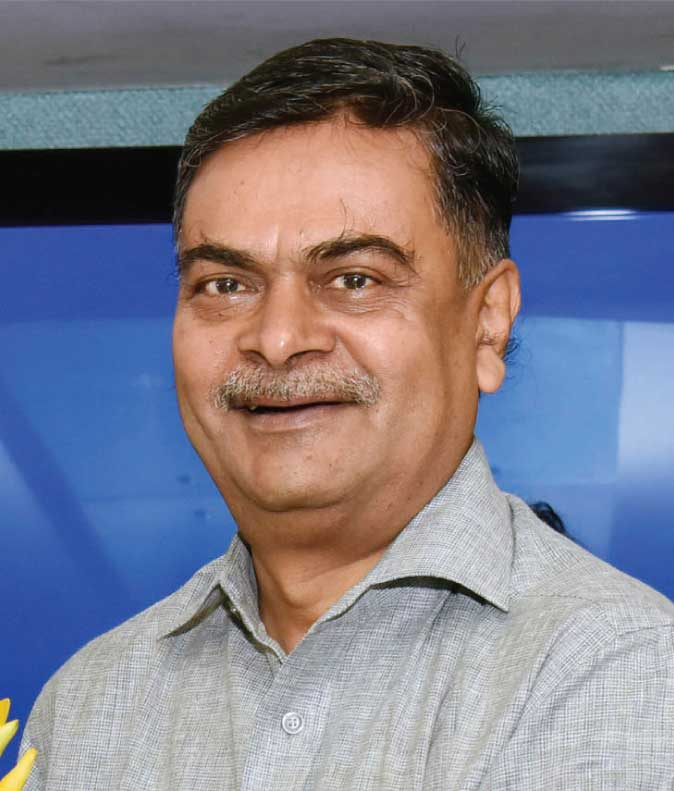 The power sector is slated to see significant policy and reform moves in the near to medium term, according to R.K. Singh, Minister of State (Independent Charge) for Power and Renewable Energy. While the government has successfully met the village electrification targets, a new challenge for it will be meeting the targets set under the Saubhagya policy for providing 24×7 Power for All. The government is also working on a plan to bring about legislative changes for introducing stricter rules for enforcing power purchase agreements (PPAs). The ministry has, moreover, been given a target to tender 20,000 MW of wind and 20,000 MW of solar energy projects by the year-end. At the recently held India Power Conclave in New Delhi, Singh spoke at length about key issues in the sector, power demand, aggregate technical and commercial (AT&C) losses, the entry of electric vehicles, stressed assets, and the outlook for the sector. Excerpts…

There will be a major announcement related to the power sector by the prime minister shortly and we are very excited about this. This scheme will be very important for the people of the country. It is part of the electrification plan for the country and will not be limited to the rural space. It will take forward the 24×7 Power for All programme. Once the scheme is announced, we will ask the states to prepare their projects and send them to us for the release of finances. We will set timelines for these projects.

Power demand is growing with the economy and is expected to grow faster as more villages and households get connected. We are aiming for universal electricity coverage, and power demand will grow. The Ministry of Power was given a list of 18,450-odd villages, which were not electrified. We have already covered about 15,400 villages and only 3,000 villages are left, which we will electrify by December 2017. After this deadline, we will ask the state governments to come back to us to inform if any habitation has been left out and we will provide additional funds to them to cover those areas.

So, electricity demand will grow further as tariffs drop, connectivity increases and systems strengthen. We are strengthening the distribution system and building additional capacity in the existing grid even though the grid is sufficient for today’s traffic. We are also building green energy corridors to add 175 GW of renewable energy into the grid. We are bullish about future demand.

Somehow the message had gone out that the available generation capacity is sufficient. However, this is not the case. The available generation capacity today is 330 GW, but a part of that is renewable energy, the availability of which is about 20 per cent. So, whenever there is a reduction in wind or solar generation, or if a nuclear power station goes off the grid for overhaul, the demand for thermal power goes up. We have seen that the demand for thermal capacity has gone up by 17 per cent in the past few days. So we need to put in more generation capacity and we will do that through NTPC. I invite the industry also to think about adding more capacity.

We still have a long way to go. Our per capita consumption is about 1,700 kWh, but it has to increase many more times. I invite all of you to invest in the power sector because as India grows, the demand for power will grow exponentially.

We plan to make changes in the law to ensure that PPAs are signed and adhered to by the discoms to give confidence to investors. As per the proposal, a particular state or discom will have to sign PPAs to cover 100 per cent of its annual average demand of power for the particular state or area for which it has a licence. The states/discoms will still, however, have the flexibility to buy peak power from the open market or other sources. We are also planning to have detailed provisions for separating carriage and content in the distribution business. I believe that this will be another major reform.

Further, we are planning to introduce solar pumps, supplying energy for individual irrigation systems in the agricultural segment. I have set a target for the Ministry of New and Renewable Energy to install 250,000 solar pumps by the end of 2017-18. Every farmer will have a solar pump to meet the irrigation power requirements and the surplus electricity can be fed into the grid to earn additional income. This will also take care of subsidies provided to the agricultural segment.

We are also advocating direct benefit transfer (DBT) of subsidies. These reforms will enable discoms to become more business-oriented. The discoms’ debt has already been taken care of through the Ujwal Discom Assurance Yojana (UDAY). As per my review, the debt securitisation plan has worked for most of the states. The state governments have taken over the discoms’ debt and floated bonds. I will be in conversation with the banks to make sure that these bonds are subscribed to.

Often states do not pay for the power procured by them or delay payments to generators. We are making efforts to ensure that discoms pay the generators within 30 days, or within a maximum of 60 days. We are also thinking of adding a provision in the regulations for interest payment in case of delayed payments by discoms beyond 60 days.

We are, moreover, pushing for the optimisation of the number of tariff slabs. At present, there are different slabs of tariffs, with some states having as many as 17 slabs. Ideally, slabs should not vary from each other by more than 20 per cent so that one segment is not heavily taxed to subsidise the other. This would ensure that the cost of power for industry is not exorbitant, which is necessary for the Make in India programme to be successful.

The target that I have given to the ministry is to bid out 20,000 MW of solar power and 20,000 MW of wind power capacity by December 2017. There are opportunities to invest. In the recent past, bidding has resulted in record low tariffs of about Rs 2.44 per unit. Therefore, there is a huge future for renewables but, at the same time, we will need conventional energy from gas, coal and hydro sources too. We will need conventional generation to balance solar and wind power. I will need to ensure that even when the tariff for green energy goes down to Rs 2.50 per unit, the conventional energy segment also remains commercially viable. The availability from green power is about 20-21 per cent. However, looking ahead, to the next seven to 10 years, I think storage will become viable and then the availability of renewable energy will go up.

We have been telling the states that the distribution business cannot work unless states/discoms are able to collect the price of the power they distribute. There are several aspects that we are looking at to address this issue. Firstly, through UDAY scheme, we are focusing on AT&C loss reductions and improvements have already been witnessed. Secondly, we are giving funds to the states to install meters in all feeders and transformers as well as to undertake feeder separation. Thirdly, we are recommending to the states that they go in for smart or prepaid meters. Most of our population can be covered by prepaid meters. This is a technology that will help deal with issues related to faulty meter reading, billing and collection, and meter tampering. I am also planning to address meter manufacturers regarding the increasing requirement for smart meters in the power sector. Today, nobody thinks twice about collection issues in the telecom or television business because if you do not pay, the connection would be cut off. That is where we are going to take the energy business – if you do not pay, there will be a disconnection. We will start with prepaid metering. Subsequently, consumers can choose to go for post-paid options and in this case, would need to pay by the end of the month.

I would recommend that states with high losses in agricultural areas go for the franchise model. Electricity distribution can be managed by private players, while carriage will still be maintained by the discoms because the latter would have a long-term interest in preserving the distribution system.

The power sector has stressed assets aggregating 40,000 MW. The issues for two of these assets have been resolved. Seven projects that did not have coal linkages have been resolved under the Scheme for Harnessing and Allocating Koyla Transparently in India (SHAKTI) of the Ministry of Coal. The issues of projects whose coal blocks had been cancelled following the Supreme Court’s order will also be resolved through a special scheme under SHAKTI. There are other projects that have issues pertaining to finances and PPAs. The issues related to PPAs will get resolved across the board, once we have the obligation to sign and adhere to PPAs for discoms. Regarding financing-related issues, we have seen that investors have not even brought in their share of equity. Hence, promoters cannot just take loans and refuse to put in equity. We have to look at how we get a management change for projects and get somebody else to put in the equity. It is not a one-sided story. A committee is reviewing this every fortnight along with the bankers. Where project work has not started, we are considering dropping them. Where the project has already started and crossed some milestones, such as construction is more than 50 per cent done, we will try and salvage the project. n

(The views presented above are based on the minister’s address on September 22, 2017, just prior to the announcement of the Saubhagya scheme by the prime minister.)