With a growing focus on expanding and strengthening the transmission network, a number of new tower installation technologies have emerged, which aim to improve the efficiency of installation and address site-specific challenges. The built-up method, section method, helicopter method and ground assembly proto method are currently the most widely used techniques for constructing towers. Besides, in order to maintain uninterrupted power supply, utilities are procuring emergency response system (ERS) towers to deal with any tower failure.

These towers are best suited to maintain uninterrupted power supply in an event of tower failure. These towers bypass the original transmission system to restore power within 24 hours, while the original tower is being rectified (which takes around two to three weeks). These towers are useful for restoring power supply following a natural calamity (floods, hurricane, war, etc.), for conducting scheduled maintenance work on the existing towers without major interruptions, etc.

One of the noteworthy features of ERS towers is that these are easy and quick to install. They do not require any foundation and can be set up on any soil type. The base of the tower comprises a four meter box upon which strong metallic angles are assembled. These towers are mounted with the support of around a dozen cables. These are light in weight and can be transported easily using helicopters.

In the past couple of years, the deployment of ERS towers has gained traction in India. As a result of Hudhud cyclone that struck Andhra Pradesh in 2014, some areas in the state went without power for days. In order to prepare itself for such emergencies in the future, Andhra Pradesh Transmission Corporation Limited has procured a total of 10 ERS towers for three zones namely Visakhapatnam, Kadapa and Vijayawada. These towers entail an estimated cost of Rs 200 million and have been procured from the US and Canada.

Under the built-up method, tower erection is done member by member. Each member is kept on the ground in erection sequence, progressing from bottom to top. The four main corner legs of the first section of the tower are erected and guyed off, before assembling the cross-braces. The cross-arms are assembled on the ground and are later fixed to the main body of the tower. The built-up method is widely used in the country for erecting transmission towers across all voltage levels. One of the key advantages of this method is that the tower material can be supplied to the site in a dismantled condition, facilitating easy and cheap transportation. This method is suitable for all types of terrains and in all weather conditions, and hence, it can be used throughout the year.

Another method used for the erection of towers is by using helicopters. Under this method, the tower is usually erected in sections, and the bottom section is first lifted and placed on the stub. This is followed by the lifting of the upper section and bolting it to the first section. Sometimes, a helicopter is used to transport a completely assembled tower to the installation site. However, this is limited to cases where other methods are not applicable. Essentially, this method of transmission tower erection using helicopters is used in difficult terrains.

Under this method, the complete tower is assembled in a horizontal position on an even ground, usually close to the tower footing, and is then transported to the installation site. The tower is assembled in a line-wise position to allow the fitting of cross-arms. For assembling a tower on sloping ground, the packing of the lower side is essential to ensure proper fitting. The ground assembly proto method is usually avoided for foundations located on arable land where erecting towers could cause damage to large areas. It is also not suitable for hilly terrain as assembling towers on sloping ground is difficult. Further, this method is not used for erecting large and heavy towers, as it drives up transportation costs. In India, this method is not widely used owing to the prohibitive cost of mobile cranes and poor road connectivity.

In sum, there are a number of tower erection methods available for transmission system developers. However, it is necessary to choose the best-suited tower installation technique that minimises costs and ensures maximum reliability. 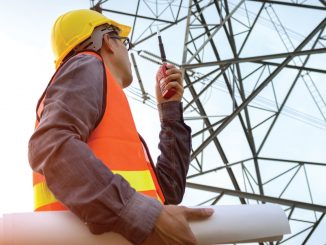 June 23, 2017
Tower costs typically range from one-fourth to half of total transmission line costs. As such, design optimisation [...]
More