Incorporated in 2004, Odisha Power Transmission Company Limited (OPTCL) is one of the largest state-owned transmission utilities in the country. It commenced commercial operations in 2005-06 and is a deemed transmission licensee under the provisions of the Electricity Act, 2003. OPTCL is responsible for power transmission in Odisha under the regulatory control of the Orissa Electricity Regulatory Commission. It currently owns and operates 134 substations across the 400 kV, 220 kV and 132 kV levels with a total transformation capacity of 16,633 MVA. The total transmission line length operated by the company at different voltage levels is 13,343 ckt. km. Since its inception, the company has made significant efforts to strengthen system reliability and digitise its operations. 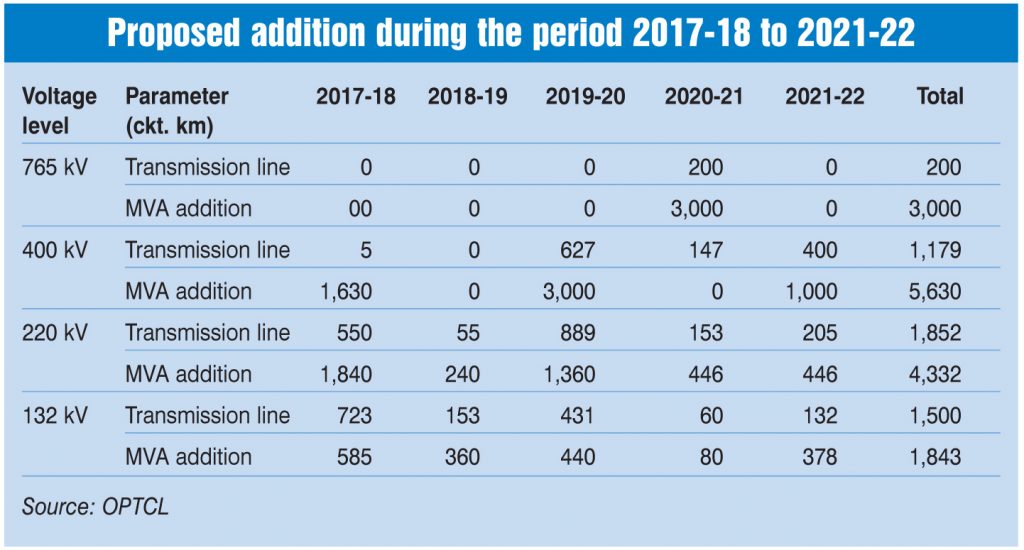 OPTCL has introduced several schemes to ensure an efficient and reliable transmission system. The State Capital Region Improvement of Power System (SCRIPS) project is a case in point. Introduced in 2015, the Rs 15 billion project aims to deliver 24×7 quality power supply to people in and around the capital city of Bhubaneswar. The scheme envisages underground cabling for 132 kV and below voltage levels wherever possible, and the renovation and modernisation of all existing substations and networks. It also involves the adoption of advanced metering infrastructure (AMI) along with the provision of supervisory control and data acquisition (SCADA) systems. The project will be implemented over a period of five years ending in 2019-20. OPTCL is responsible for project management, contract management, quality management, commissioning and post-commissioning of the SCRIPS project.

Another OPTCL initiative that attempts to enhance system reliability is the Radial to Ring Conversion Project (RRCP). It aims to identify radial grids and convert them into a ring system that helps eliminate blackouts during natural calamities. Underground cabling is being used for ring connectivity in Cuttack and Bhubaneswar. The RRCP entails a cost of Rs 14.5 billion and is dedicated to reducing transmission losses for the transco.

The Disaster Resilient Power System scheme attempts to develop transmission infrastructure in disaster-prone areas in order to ensure sustainable power supply during calamities. It involves the development of a transmission system, located within a distance of 60 km from the coast. The scope of work includes the retrofitting and strengthening of foundations, and the installation of interposing angle towers across long stretches, entailing an outlay of Rs 1 billion.

Meanwhile, the Disaster Response Centre (DRC) scheme has been launched to mitigate challenges affecting power supply owing to natural calamities and ensure the timely restoration of power. For this purpose, the DRC plans to create an inventory of emergency restoration system towers and diesel generator sets along with the maintenance of spare transformers that can be utilised during an emergency.

Keeping pace with the digital revolution in the country, the utility has launched the smart grid project, which envisages the setting up of AMI and the replacement of earth wire with optical ground wire. The scheme involves the use of geographi information system solutions for enhanced asset management and monitoring. In addition, OPTCL has taken steps such as installation of multicircuit towers and monopole structures, as well as the deployment of enterprise resource planning solutions and digital bays.

Recently, the utility completed an  Odisha government project, wherein it was entrusted with the responsibility of establishing a 220 kV power system by constructing 220 kV, 132 kV and 33 kV grid substations at Samaghara in Puri along with a 220 kV transmission line from the 400/220 kV Pandiabil substation with a length of 70 km. This was a major milestone for OPTCL as the construction was completed in just seven to eight months. 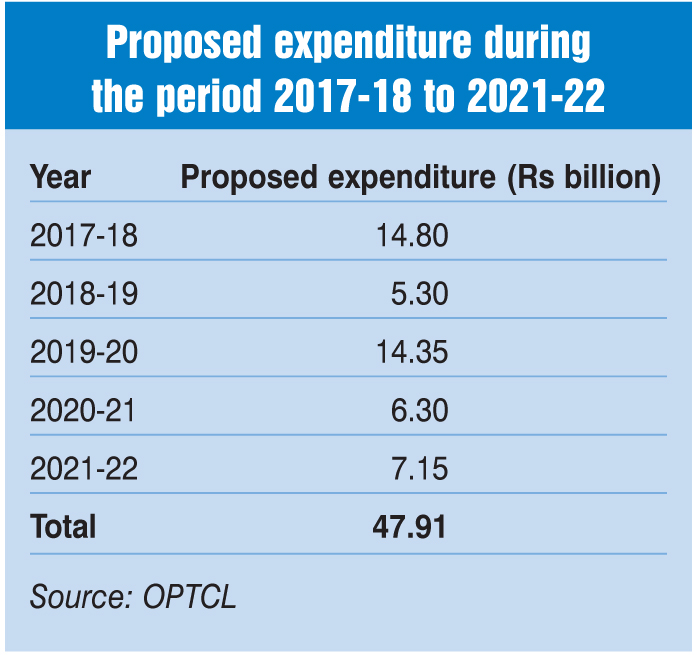 While OPTCL has been taking a number of initiatives to strengthen its transmission infrastructure, the utility continues to struggle with a number of challenges. Odisha has a long coastline of over 480 km and has several cyclone-prone areas. Erecting transmission infrastructure in such areas is, therefore, a big challenge for the utility. It is even more crucial considering the state has 13 ports that are extremely important for its economic development and thus require round-the-clock power supply.

Obtaining right of way (RoW) for projects is another area of concern for the utility. In this regard, adequately empowering the district administration or revenue authority can go a long way in addressing the issue. Besides, getting clearances continues to pose a problem and leads to project delays. In addition, the lack of a utility corridor is an impediment, which further creates issues in obtaining RoW for laying lines. Lastly, land acquisition is a major challenge. Since the erection of towers and lines requires a lot of land, land acquisition is key to early commissioning of projects.

Despite these challenges, OPTCL has taken a number of initiatives and others are being deliberated upon. The utility plans to add 4,721 ckt. km of lines and 14,805 MVA of transformer capacity during the Thirteenth Plan period (2017-18 to 2021-22). The investment envisaged for this period is around Rs 48 billion. These efforts indicate that OPTCL is committed to providing quality power supply to its customers and augmenting the transmission infrastructure in the state. n

Based on inputs from a presentation by S.B. Rout, Assistant General Manager, OPTCL, at a recent Power Line conference 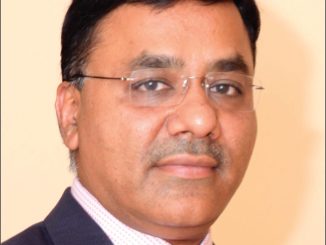 January 8, 2022
Sterlite Power has witnessed robust operational and financial performance over the past two years despite the Covid-19 [...]
More