The monitoring of coal supply to thermal power plants (TPPs) is crucial to identify the plants facing shortages so that supply can be prioritised accordingly. The Central Electricity Authority (CEA) monitors the daily coal stock position of all 112 coal-based TPPs in the country that have fuel supply agreements (FSAs) with Coal India Limited (CIL) or Singareni Collieries Company Limited (SCCL). The daily coal report is published on the CEA’s website as well as the recently launched National Power Portal. The report captures information on the availability of coal at the TPP and the number of days of coal stock sufficient to run the plant. It also draws attention to the plants that have critical/ supercritical coal stock.

In November 2017, the CEA notified a new methodology for monitoring coal stock at TPPs. This methodology takes into account the flexibilisation scheme for TPPs notified by the Ministry of Power in May 2016. Under the scheme, the annual contracted quantity (ACQ) of each coal linkage as per the fuel supply agreement (FSA) needs to be aggregated for each state. Further, the state/central gencos have the flexibility to utilise the coal in their own plants or transfer the coal to other power plants. This will help in ensuring efficient plant operations and reducing cost. Accordingly, gencos have signed supplementary FSAs with CIL and SCCL and have started implementing the scheme by allocating coal from the aggregated quantity to TPPs irrespective of the plant-specific ACQ. This has resulted in the diversion of more coal to plants with less ACQ and vice versa. Therefore, it has become imperative for the CEA to revise its daily coal stock monitoring methodology.

At present, materialisation is calculated by coal companies on a cumulative basis based on factors such as the quantity of coal despatched and pro-rata ACQ till date. As per the revised methodology, the gencos are required to submit a monthly coal programme matrix as per their aggregated ACQ to the coal company one month in advance. The non-supplied quantity during the previous month can also be added to the programme.

After due diligence, the coal company would approve the programme, depending on infrastructure constraints and subsequently submit the rakes programme to Indian Railways. The materialisation can be calculated as a percentage of the despatched linkage coal quantity (FSA linked) to the approved final programme by the coal company or Indian Railways. It is important to note that the calculation of materialisation will not take into account the coal supplied through other sources such as e-auctions.

The total coal stock at the TPP will be the sum of linkage coal, imported coal, e-auction coal, etc. However, the number of days of stock of coal will be calculated based on the blending ratio of domestic and imported coal.

In case of independent power producers, materialisation will be calculated as a percentage of the despatched FSA quantity against the approved final quantity. 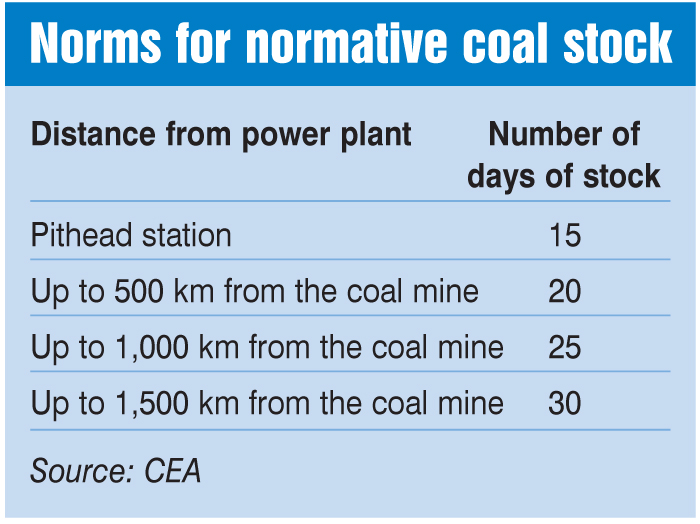 The criteria for the classification of coal stock as critical or supercritical have also been revised. A new category of TPPs, apart from pithead and non-pithead, has been added. This new category covers non-pithead based power plants that are more than 1,500 km away from the mine mouth. The coal stock at such plants will be considered critical if it is less than nine days and supercritical if it is less than five days.

If there is any constraint in coal supply due to limited availability of rakes/track congestion, the plant will be called critical/supercritical and the reason will be indicated accordingly.

If a new plant is added in the daily coal report, the same will not be shown as critical/supercritical for a period of one month from the date of inclusion.

The revision of the coal monitoring norms by the CEA is a welcome step in line with the evolving policy scenario and flexibilisation norms in the power sector. At a time when the power sector is grappling with coal shortage issues, the revised norms are expected to lead to better monitoring of coal stock at TPPs and subsequently ensure that coal supply is restored at the earliest. On the flip side, since the monitoring methodology covers only linkage coal, the total coal stock at the power plant cannot be accurately quantified. Therefore, going forward, there is a need to evolve a mechanism that takes into account the coal supply to a TPP from all sources and then classifies the coal stock as critical/supercritical. 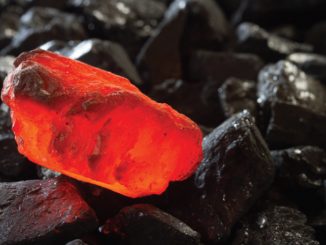 A Good Start
Results of the first auction under SHAKTI