With the objective of facilitating faster adoption of electric mobility (e-mobility), Energy Efficiency Services Limited (EESL) has initiated a programme which envisages the replacement of existing government vehicles with electric vehicles (EVs). The company aims to create a market for EVs through a model of demand aggregation and bulk procurement. At a recent Power Line conference, Saurabh Kumar, managing director, EESL, shared his views on e-mobility and talked about EESL’s initiatives in this area. Excerpts…

The Government of India is committed to promoting e-mobility in all sectors and having as many EVs as possible by 2030. The overall objective behind this move is to reduce greenhouse gas emissions by 30-35 per cent by 2030 in line with India’s commitment to addressing climate change. To this end, a National Mission for Electric Mobility is being structured under the aegis of NITI Aayog.

Charging infrastructure is at the heart of e-mobility and needs to be developed across the country in the same way as petrol or gas stations, with the private sector having a significant share in total investments. This, however, faces a big regulatory challenge, as only distribution utilities are licensed to sell or resell power. Unless other entities are allowed to sell electricity, it would be difficult to have the kind of charging infrastructure that is needed for large-scale e-mobility to be achieved. This has been one of the major reasons for slower adoption of EVs in India. While we do have cars like Reva and Verito, their offtake has been limited. At present, in view of the commercial electricity tariffs and prices of petrol, diesel and CNG, e-mobility is the cheapest option. So, it is economically beneficial for EV consumers to opt for an electric car over an internal combustion (IC) engine car. Meanwhile, many government departments and agencies are working towards developing robust standards for EVs and charging infrastructure. Further, the Ministry of Power is working on solutions to overcome the regulatory gap in order to enable private sector investments, and NITI Aayog is looking at the overall policy development in the sector.

EESL has been given the responsibility of kick-starting the EV programme. Under this initiative, almost half a million cars used by the government, its agencies, public sector undertakings and regulatory bodies are targeted to be replaced with EVs. Most of these cars are leased.  The government has decided not to procure new cars. EESL will provide electric cars (along with drivers) at the same rate at which the government departments have been leasing the IC engine cars. So, for the government department, there will not be any change in expenditure as far as hiring of vehicles is concerned. Further, EESL will set up charging infrastructure in the offices where these cars will be provided. These charging stations will be connected to the meters of the respective government departments, which means that the department will have to pay for the charging of vehicles through electricity bills. Since it is not a resale or sale of power, the regulatory requirement of only distribution licensees selling the power is also being adhered to. The cars belong to the government and they are paying for charging these to the electricity distribution utility.

So far, EESL has finalised the procurement of 10,000 EVs, which will take place in two phases. Phase I started in December 2017 and runs up to January 2018. In this phase, 500 cars along with charging infrastructure will be rolled out in Delhi NCR. In the second phase, the remaining 9,500 cars will be provided to other government departments and state governments. These electric cars along with the charging infrastructure conform to the technical specifications laid down by the Department of Heavy Industry.

These cars are perhaps the cheapest in the world in terms of capital cost. The cost of a delivered car without subsidy in Delhi works out to around Rs 1.18 million including goods and service tax. Therefore, EESL is providing electric cars at costs comparable to the cars procured by the government under the currently practised leasing model. The whole idea is to increase the adoption of EVs in government departments as part of a comprehensive strategy to promote e-mobility in the country. An announcement by the government to convert the entire government fleet to electric cars over the next three to five years will attract many foreign players to set up a manufacturing base in India. Currently, we have only a few companies such as Tata Motors and Mahindra & Mahindra that are manufacturing EVs in the country. In order to achieve widespread use of EVs in India, there is a need to increase the manufacturing capacity.

The other key components of e-mobility are the battery (lithium-ion batteries) and charging infrastructure. A changeover of half a million cars over a period of three years is expected to create a demand for about 3 GWh of annual battery storage. This is again sizeable enough to draw the attention of large battery manufacturers across the world.

With respect to charging infrastructure, EESL has been taking several initiatives to promote e-mobility. Under a pilot project, the company conducted an open bid and asked all the participating bidders to set up 20-30 charging stations in and around Delhi. The objective was to assess the performance of these charging stations. For January 2018, the company has set a target to procure over 4,000 chargers, both AC (alternating current) and DC (direct current). While AC chargers can charge a car in six hours, DC chargers can charge a car in just about 40 minutes. Hence, in the first phase, the company intends to test how this charging infrastructure works.

EESL’s strategy is to assess the performance of the first 500 cars, which will be on the road in Delhi by end-January 2018, and then spread this programme to other states across the country. To this end, we are in talks with various states including Andhra Pradesh, Maharashtra and Gujarat, which have expressed interest in joining this programme. Once most of these 10,000 cars have been rolled out, EESL plans to undertake another round of procurement. The next round of procurement is likely to take place through international competitive bidding. In order to have the maximum companies participate in the bidding process, sufficient time will be given to them. This will help India become a major manufacturing hub. If the government announces its policy to make its entire fleet electric in three to five years, India will be the first country to do so.

For the successful roll-out of EVs, the technical specifications for charging infrastructure need to be aligned with the best available globally. Once this is implemented in India, the specifications for electric cars along with the batteries used in them would also be aligned with the best international standards. While India needs to learn from other countries, there are various lessons that India can give to other countries as well.

The range (distance that can be covered per charge) of EVs procured in the current project is about 130 km, which is sufficient for government vehicles running within a city. In cities like Delhi and Mumbai, government vehicles do not run more than 100 km. If you have to look at the larger roll-out of EVs for other consumers, higher ranges of 300-350 km would probably be needed along with a charging time of less than 10 minutes. 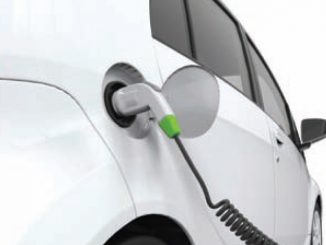 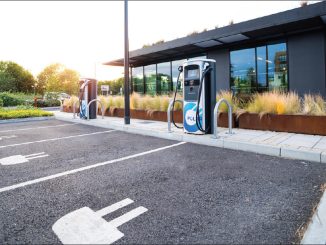 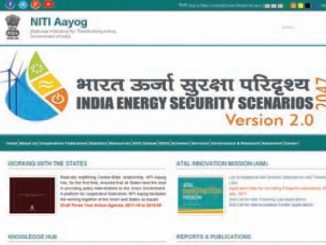